Beating back the Taliban

"IS THE THREAT of Talibanisation real or has it been hyped up by the media?" asked an Australian journalist friend calling a week before the Pakistan army began its belated operation against the militants in Swat region. With no independent reporting from the area, there's only the army's word about the situation. If a rag-tag Taliban - barely 4,000 strong - are being trounced, it is hardly surprising. They face the world's fifth largest standing army.

A quarter have reportedly been killed in the operation. Many are deserting, shaving off their beards and melting back into the local population. Not all are hardcore militants. Some joined the Taliban for money, were forced, or driven to avenge the casualties caused by American drone attacks. However, some still cause fear, according to reports coming from refugee camps that house an estimated 20 per cent of the over two million internally displaced persons (IDPs in development jargon) since the fighting began. The rest are living with friends, family or strangers, some of whom house up to 4,000 people on their lands.

For the first time since 1971, a 'war narrative' is being developed by the media, government, army and politicians (many of whom until recently justified the Taliban's actions; during Kargil, they denied the Pakistan army's involvement). Now there are images
of 'war hero funerals' and army 'shaheeds' (martyrs) - not all from Pakistan's dominant religion (Muslim) or ethnic group (Punjabi).

Even before the army action, the wild, bearded, turbaned hordes were unlikely to take over Pakistan. This is not Afghanistan where decades of war destroyed all the systems and institutions. Nor is it Iran, where a huge urban-rural divide helped the mullahs to take over. Even conservative Pakistanis are uncomfortable with the Taliban's brand of Islam - public beheadings, corpse mutilations and floggings. There is wide adherence to Sufi values and anger at the Taliban's attacks on Sufi shrines.

Pakistan has a 5,50,000 strong standing army (struggling to re-orient itself against its former allies, the jehadis, countering its historic conditioning against India), a bureaucracy geared to maintaining the status quo, and an elected Parliament. Regular interruptions to the political process have made them somewhat dysfunctional, but the only cure is to continue the process and break the pattern according to which no elected government in Pakistan has completed its tenure (not counting the one formed after the 2002 elections that took place during military rule without the participation of the political leadership).

I started writing this while my father was hospitalised in the Sindh Institute of Urology and Transplantation (SIUT), a clean and well-equipped facility that treats the rich and poor free of charge in this bustling megapolis of over 16 million. I described to my Australian friend the street scene I saw. The three-storey sandstone building is surrounded by decrepit British era and modern apartment blocks. Some ancient neem trees raise leafy green heads, sanctuaries for noisy crows in this concrete jungle. In the evenings, families including women and children, and groups of young men, bring roadside eateries to life.

For all the efforts to homogenise Pakistani society, it remains diverse. That afternoon, a couple walked past the pushcart fruit, juice vendors and parked motorcycles, the woman in a brown burqua, the man in conventional salwar kameez. Two young girls in colourful salwar kameez, dupattas draped casually over their shoulders, walked the opposite direction. Another woman went alone, a black chaddar over her blue salwar kurta. Several men lounged on the footpath, some squatting on their haunches, smoking, chatting, drinking tea.

Elsewhere, air-conditioned malls are full of young girls, women, some with girlfriends or 'dates', others with families or alone. Their attire ranges from burqas and headscarves over salwar kurtas, to short shirts and jeans, to high-slit tunics over calf-length trousers ('capris'). Many are window shoppers escaping the oppressive heat compounded by power breakdowns. Not all can afford the designer labels on display, but exposure to different lifestyles has changed old aspirations (not necessarily in a positive way). 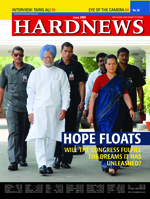