Sudden spike in accidents and deaths has drawn attention to the condition of the anonymous mass of poor workers who are building the big dream: Delhi Metro
Sadiq Naqvi Delhi

Arjun Mandal is 18. Already, his skin is peeling off his fingers. He came to Delhi from West Bengal last month. "The promise of work drew me," he said as he sipped tea. There are 25 men from his village at different sites of the Delhi Metro. An avid fan of Preity Zinta, Arjun can't watch movies because tickets are too expensive. "To go for a movie, I need Rs 300 and clean clothes, both of which I can't afford," he said. His long working hours make it impossible to break out. "God likes the smell of burnt tendu leaves," he says with a wry smile, lighting a beedi. Arjun belongs to the Kharwa tribe of Gopalpur village, district Malda.

Shambhu, from the same tribe, is working for L&T which is providing civil engineering solutions. He is on contract. There are others from the tribe who are slogging it out, saving a little, cooking their own modest meals while most vegetables, dal, or milk products are out of their radar.

It's hot and post noon. A dhaba in south Delhi is bustling with workers in yellow helmets and fluorescent vests. Till the project started, Delhi was oblivious to these concepts of safety. It was the DMRC which set safety standards. Helmets and safety shoes were provided to the workers.

Yet, the Metro is gradually being blamed for various violations, accidents and compromises on safety and welfare of workers. The daily wage labourers are paid low wages and work in abysmal conditions; workers say they have practically no social security umbrella, except perhaps accident insurance. Sometimes, some of them have to work for 16 hours a day.

Madan Lal (most names changed) from Palamau in Jharkhand is working in L&T for the last six months. He came here to work for a contractor who promised him a job and shelter. "The contractor makes us work like slaves," he told Hardnews. He shares a dark, dingy room with five others in the 'urban village' near Shahpur Jat.

In spite of such back-breaking work, often, wages are not paid on time. A daily wager is paid Rs 151 per day. Of this, workers say, around Rs 10 to 15 goes to the middle-man. Often, the same labourer works for 16 hours at a stretch. This decreases efficiency and makes them prone to diseases due to lack of sleep and fatigue. "We work day and night, still we don't earn more than Rs 4,500 per month," said Sawan.

According to DMRC guidelines, the contractor is supposed to provide free accommodation to workers. But this rule is flouted. An officer looking after safety norms of contract firm, MTG, said, "It's the responsibility of the DMRC to provide us an open space where we can accommodate our workforce. There are no such provisions. We have given rooms to labourers and we pay for them." Workers say they pay the rent themselves. "L&T doesn't pay my rent. I pay Rs 300 per month out of my own earnings," says Asit Mahato, a labourer from Jharkhand.  Most workers share a small living space.

Mahato left home because for months he had no work. Even NREGS was of no help. He works overtime to send Rs 1,500 to Rs 2,000 to his parents. There is no guarantee of work even here, he says. "I go to my village to work on the farms in the crop season."

There are allegations that some officials and engineers lack adequate training of underground systems, there is reportedly too much dependence on multi-national experts, safety standards are not being strictly followed due to the hurry to finish projects, and cost-cutting due to recession is leading to damages and compromise on general safety norms. "We have to meet deadlines. If you are asked to finish three years' work in one year, this will definitely lead to rising stress levels and decreased concentration," an engineer employed with ABB Limited argues. "We have a shortage of people. Sometimes we have to allow them to work without safety equipment."

DMRC has laid down strict guidelines on occupational health and welfare which are reportedly set aside by some contractors and MNCs at the cost of poor labourers. Although there is a doctor at the site and companies have tie-ups with hospitals, they prefer to relieve the injured labourer. "I received a deep cut while working. The doctor gave me two tablets and let me off. For a week, I could not work. The company didn't pay for the days lost because of my injury," a labourer working on MTG's site at Malviya Nagar in south Delhi disclosed. Doctors at some sites said that all medical facilities are provided in case of injury. "They are given proper care, taken to hospital if necessary, kept under observation. We have our own ambulances. Many workers don't agree. "I had a serious hand injury. But I continued to work because I didn't want to be sacked," said a worker

There are complaints that companies are cutting costs by trimming facilities for labourers. In DMRC guidelines, a 'toilet seat' for every 20 workers is listed. But this exists only on paper. "Other companies working with us on the same project share our toilets and drinking water facilities. It is unhygienic, inhuman," said an official.

Sudden spike in accidents and deaths has drawn attention to the condition of the anonymous mass of poor workers who are building the big dream: Delhi Metro Sadiq Naqvi Delhi

Read more stories by The nation-builders 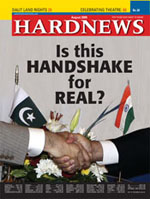