The Empire of Nostalgia

It is the job of empires to drool over their majestic past. It is also the job of empires to every now and then wrap a shawl of nostalgia around ordinary people in an effort to get the majority to glow in the warmth of loss and love for bygone glitter and glamour. Despite being fully aware of the wicked ways of the empire that never skips a chance to get the better of ordinary people, I still chose to take a train to Munich to visit the maharajas.

After a colourful run at London's Albert and Victoria Museum, the exhibition titled 'Maharaja: The Splendour of India's Royal Courts' was exported to Munich till the end of May. European visitors got a chance to admire over 250 magnificent objects from India's royal collections and also to revive memories of the colourful life of their own courts.

The exhibits included rare thrones, expensive elephant decorations and jewellery like never seen before. There were paintings, photographs, furniture and fashionable clothes designed for India's ruling elite in Europe. The exhibition told the tale of the period between the 18th century till the end of the British rule in 1947.

Both Elisabeth, my Austrian friend with whom I travelled to Munich, and I, enjoyed the spectacular ride into fantasy. It was a glorious walk through the extraordinary culture of 'maharaja India' when life for a few was grand, revolving around gaudy palaces. At the end of the show we felt gratitude for having witnessed the beautiful art and artifacts from the past, but also thankful that the princes have left their brand of politics behind too.

The time in the train back to Vienna was used by us to share notes between your monarch and mine.

The rulers of the Austro-Hungarian empire had similarly both enchanted and repulsed their people. Their coronation ceremonies were glittering spectacles that continued for days.

The Austro-Hungarian empire had governed over a diverse number of nationalities, cultures and languages in a way that remains a dream for the European Union today. The royal rulers were not perfect but did help to hold enemies at length and the monarchy was protective about its minority communities.

Religions and languages under the Austro-Hungarian rule were diverse and human rights and rights of citizens were often respected. However, this generosity of the elite encouraged independent thought that was not accompanied by federalism in practice.

The lack of interest in federalism caused the First World War billed by many historians as the biggest catastrophe of the 20th century. For this war gave birth to Nazism, communism and other currents and problems that European civilisation continues to grapple with till this day. It is often asked, was the First World War an exaggerated reaction against some real problems of rebels?

This war led to the collapse of the diverse lands of the Austro-Hungarian empire and the end of monarchy. It is said that the fireworks lit at the treaties of Versailles became a bonfire that continue to crackle to this day.The empire's attempts at a peaceful solution on behalf of his subjects was no longer valid after the defeat of 1918 and a bouquet of independent states emerged from the ruins of the empire. By the time the Second World War was over, all but one little Austria remained, fortunately, independent of the Soviet Union.

Now, a century after the end of Austro-Hungarian rule, nostalgia is often expressed for the predictable days under monarchy. The descendants of the Austro-Hungarian empire continue to combat the Yalta agreement that carved Europe into multiple pieces leaving the continent divided against communism.

However, the world we live in is unique precisely because never before have ordinary people been so active and so noisy. Despite many odds, the contemporary era remains a promise for ordinary people to shape their own history. It is not lords and royalty but ordinary people who bring such diverse messages and actions to the political stage today.I wonder how the future will curate an exhibition centred around ordinary people and their role in transforming the cultural and political landscape, creating the big changes of life. I wonder if visitors will also drool over the legacy of ordinary people in the same way that royalty is glorified today. 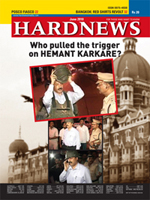