Salt Lake City, a satellite township located east of Kolkata, was developed from 1958-1965, largely during the regime of Bidhan Chandra Roy, West Bengal’s longest serving Congress chief minister. ‘Reclaimed’ by destroying wetlands and a rich pisciculture zone comprising large salt-water lakes, the land-filled erstwhile marshes came to be known as Bidhannagar. The area was then parsed into sectors, plotted and allotted largely to Bengali service and professional classes, except for occasional lollies to various loyalists of the ruling parties, through the decades, till such plots lasted. These were not sold as free-hold plots but were given on lease. There had been no provision of lease-transfer, so complicated procedures were devised by the ‘leasees’ so that ‘selling’ could occur — primarily by naming the buyer as the legal inheritor of the plot. Money changed hands as usual, just that the government did not get a piece of this extra-legal action. It was losing a lot of potential revenue as Bidhannagar has emerged as an elite residential hub. This year, it has been decided that the government will make legal provisions for lease-transfer and collect revenue from these transactions.

The recent outpouring of concern over legalising lease-transfers of property in Salt Lake City, is a potent cocktail of entrenched prejudice and false victimhood concocted and vouched for by a sizeable section of the Bengali urban middle class. It is being said that the original intention behind sealing of ecologically irreplaceable wetlands and turning them into residential plots was to enable members of the Bengali middle class to make their homes. Not going into the patently racist connotation, one thing is clear. If many Bengalis in Salt Lake City do transfer their leases to non-Bengalis (read Marwaris), we will see quite a few Bengali crorepatis emerging in the process.

Surely, these Bengalis will not transfer lease under the kind of coercion many of their peasant brethren have faced in recent times. In short, these would-be crorepati Bengalis are neither victims nor middle-class. Some will park their cash in Rajarhat, a new real-estate boom town on the way to the Netaji Subhas Chandra Bose Airport, created during the Left Front regime by largely forcibly acquiring land from Bengali peasants, adding an ironic twist to this evicted ‘Bengali victim’ story.

Indeed, what emerges from this is that the cliché of the ‘villainous Marwari’ is alive and kicking in many urban Bengali minds.

I know this mind well, for I too possessed it at one point. I daresay, like many Kolkata-bred Bengali children, I too grew up with a dangerous concoction of socially replicated prejudice and received wisdom. Utterly false binaries were created and perpetuated — the wily, slimy Marwari poaches upon the unsuspecting, honest Bengali so that our tragic hero loses his ancestral home, his financial status and advantageous social status vis-à-vis the baniya.

The victimhood fiction masquerades as a definitive answer to a variety of questions — the decline of Bengali culture to the changing demographic compositions of certain Kolkata localities. The 1943 famine is a key year in this narrative when many Marwaris who ran a significant portion of the disgraceful wartime grain-speculation racket did hoard foodgrains. While that is condemnable, the vicious racist edge to that is problematic. Middle-class Bengalis do not harbour any visceral hate against the subinfeudatory (madhyasattwobhogi) class from which many of them come, which for decades slowly extracted the life blood out of the Bengali peasantry. While the ‘Calcutta Marwari lobby’ is partly blamed (and rightly so) for scuttling the 1947 United Bengal scheme of Sarat Bose and HS Suhrawardy, and consequently for the partition of Bengal, the other staunch Bengali opposers of the scheme like the Congress high command darling, Bidhan Chandra Roy, have gone on to become unblemished cult figures. To try to explain all misfortune by invoking ‘external conspiracies’ is a lazy route to absolve oneself of blame — a comfortable but ultimately self-destructive position.

There seems to exist a small but fashionable cottage industry that laments the disappearing cosmopolitanism of Kolkata by documenting the present and past of its resident Armenian, Jewish and Chinese populations, among others. Given that, it is also the right time to change the narrative about the Marwaris — a more numerous group that is constitutive of the famed Kolkata cosmopolitanism, or the shreds of it that remain.

The Marwaris have been part of the Bengal landscape from pre-British times. They were a conspicuous part of the entrepreneurial and industrial initiatives that were partly responsible for once making the Bengal capital the ‘greatest city between Aden and Singapore’. The philanthropic initiatives of the Marwari business houses are second to none. The dismal condition of the state’s apex health facility, the SSKM hospital, does not do justice to its Marwari benefactor, Seth Sukhlal Karnani, who was also instrumental in bringing a precocious virtuoso from Kasur (near Lahore) to Kolkata, giving the world Lata Mangeshkar’s early idol, Noorjahan. Walk over to Sambhunath Pandit Street and you will be standing in front of the only specialised neurology institute in West Bengal, the Bangur Institute of Neurology. The Marwari house of Bangurs were also the donors behind setting up the Bangur Hospital in Tollygunge. Successive state governments could only manage to turn these great institutions of public good into dismal caricatures of their earlier selves.

This closely parallels our best attempt at caricaturing Marwaris, by portraying them in films as slimy creatures who speak bad Bengali. Few of these Bengalis, including those who serve at the Bangur Institute of Neurology or who live on Bangur Avenue, know how to pronounce the name of the benefactor properly (‘Bangar’ and not ‘Bangoor’). The Marwari Hospital in North Kolkata is in a shambles but does show the philanthropic imprint of this community, especially on the public healthcare infrastructure. That the Bengali ‘prince’, Dwarkanath Tagore (Rabindranath Tagore’s grandfather) was financed in his indigo ventures by the Marwari trade houses of Sevaram Ramrikh Das and Tarachand Ghanshyam Das is conveniently forgotten.

There is a lot ‘Kolkata’ about Kolkata Marwaris — something Bengalis find hard to acknowledge, treating them as eternal outsiders

When Bengali-origin people like Jhumpa Lahiri and Jaya Bhaduri, who were neither born in Bengal nor grew up here, achieve fame, we quickly feel proud to claim them as our own. Few Bengalis proudly own up in the same way people like Jagmohan Dalmiya and Bimal Jalan who were born and brought up in the city. For stalwarts like Lakshmipat Singhania and GD Birla, who made Kolkata their karmabhumi, this same sense of ‘owning’ is largely absent even though we do celebrate past Bengali entrepreneurs like Biren Mukherjee and even the semi-mythical Chad Showdagor!

At a time when chit funds represent the pinnacle of Bengal-based entrepreneurial skills, we forget that the houses of Goenka, Birla, Oswal, Jalan, Dalmia and many others started their journey from this city. The community even got its ‘Marwari’ name from this city, a name that has become a self-identity tag. A friend of mine, from the Marwari Somani family of Kolkata, a PhD scholar in economics at Harvard, found his match in a Kolkata Marwari girl. This alliance between Kolkata Marwaris is very common and there is much more than locational convenience at play. There is a lot ‘Kolkata’ about Kolkata Marwaris — something Bengalis find it hard to acknowledge, treating them as eternal outsiders.

At a time when subinfeudation was gasping for life, many literate middle-class Bengalis landed in Burma for better opportunities. Marwari trade networks in South-East Asia helped these Bengalis gain employment and remit money from Burma, the ‘Dubai’ of those days, back home to Bengal. Bengalis arrived from the hinterland to Kolkata in batches. Some of these Johnny-come-latelys, with hardly a 50-year relationship with the city, still manage to lay a greater claim to Kolkata, of being more authentic ‘Calcatians’ vis-a-vis Marwaris. They also have the arrogance to look down on the Marwaris, who have century old residential connections with the city, as interlopers and outsiders.

Cosmopolitanism is better lived than remembered. Bengalis, whose lungis carry an unmistakeably Burmese-Arakan influence, whose ‘authentic’ Malai curry is derived from the Malay peninsula, ought to know better. An insular mediocre middle-class Bengalism is surely no way to show love for Bengal.

The writer is a cognitive scientist at MIT, US. 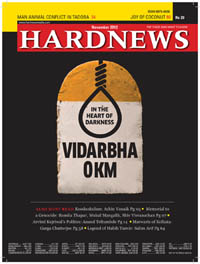