There is something special about Yelena GadzhievnIsinbayeva. The 31-year-old pole vault queen from Russia is a lively and unpredictable character. Also, like Usain Bolt and Michael Phelps, she is one of the most dominant competitors that we have in athletics today. And yet, she chose to dump it all and go into exile. She said that her body is tired of it all.

With 28 world records, seven world indoor and outdoor championship gold, two Olympic gold and one Olympic bronze, Yelena has had a career which other athletes can only dream of. An an ex-officer of the Russian army, she is the first woman pole vaulter to clear the five-metre barrier. A former gymnast, she was asked by her coach to leave gymnastics when she was 15 — she was too tall. Certainly, a height of 1.74 metres is made for crossing higher, impossible barriers.

Since making her debut during the 1998 World Youth Games in Moscow, she has never looked back. She won her first medal in her third athletic competition when she was 16. From 2003 to 2008 she remained unbeaten in all major competitions and won everything including the Olympic gold at Athens 2004 and Beijing 2008. “The most important thing now is to set as many world records as possible. I have 19 records now. But I have another dream. Thirty-six is in my head,” said Yelena, after being crowned as World Athlete of the Year for the second time in 2006.

Acknowledged as the Sergei Bubka of women pole vault, she considers her ‘L-Phase’ body as a major reason for her success; her technique is as good as a male pole vaulter. “The lower body and the upper body develop in proportion and that’s why people say pole vaulters have beautiful bodies. I don’t mind,” said Yelena, justifying her lithe figure which has propelled mass adulation and huge
sponsorship deals.

For athletes, success is never forever. As the body gets older, fragility takes over flexibility. Despite being on the top of the world, Yelena took an indefinite break in 2010 — she just could not cope with her injuries and setbacks, on and off the field. Her critics declared that her downfall had begun. Others called it the end of an era. And yet, she made a stunning comeback in 2011.

In the London Olympics 2012, the great Russian was tipped to become the first woman in history to win three successive Olympic gold; but she couldn’t achieve the feat. Holding probably her first bronze medal between her teeth, she waved and said, “My plan was to win gold here and retire. Now, perhaps, I am thinking of Rio, Summer Olympics, 2016.”

She also revealed that her preparation was severely hampered by a muscle tear. She threw a challenge to Jennifer Suhr, the reigning Olympic gold medallist. “You only beat me because I was injured. I will beat you when I am fit.”

Indeed, the queen has come back, once again. She won gold in the 2013 World Championship at Moscow in August. With nothing left to achieve, Yelena wants to go on another big break, this time to have a baby. And yet, she will return for the gold in the Rio Olympics, 2016. 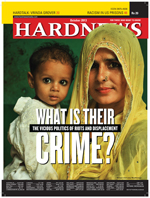