Something is brewing in Thailand, and it is in India’s interest to take interactions with its troubled neighbour to a new level

On May 22 this year, the Thai army overthrew the democratically-elected government of Yingluk Shinawatra. The army had to step in to bring an end to the political standoff that had brought the capital city of Bangkok to a standstill. Initially, Yingluk and many other dissenters of the coup were detained, but released after some time. Superficially at least, peace seemed to have returned, but stability still eludes the badly-split society in Thailand.

The coup leaders, led by General Prayunth Chan-Ocha, have been trying hard to show that their intervention was necessitated by the chaos building up in Bangkok due to the fierce opposition to Yingluk’s government. While many believe General  Ocha and his soldiers were the only option to the allegedly corrupt government of Yingluk Shinawatra, his National Council of Peace and Order (NCPO) still lacks legitimacy, which includes the support of many who would enable Thailand to fulfil its domestic, foreign policy and regional obligations. Yingluk, sister of charismatic businessman and former Prime Minister, Thaksin Shinawatra—living in exile after being ousted—realised that majority support was not enough to stay in power if the noisy Bangkok elite, backed by the palace and the army, prevented her continuance as PM once allegations of corruption began to fly. There were unfortunate images of Yingluk attempting to escape from the backdoor when the protesters laid siege to her office. Although Yingluk tried to offer elections as a means to end the impasse, protesters rejected this, aware that she had the support of the poor and those living in the less-developed Northeast region.

The unending tug of war between the two rival camps has hurt Thailand grievously. Its tourism industry has suffered, as have many of the projects that were tied to ASEAN (Association of Southeast Asian Nations) and its rapid enlargement. And Thailand’s problems could mount with the release of US Trafficking in Person Report on 20 June 2014. The report has downgraded Thailand to Tier 3, the last category, for failing to tackle modern-day slavery. Although this bears implications of sanctions—particularly for Thailand’s industries dealing in seafood, agriculture, textiles etc.—given the record of presidential waivers in the US, and the geo-political situation in Southeast Asia, such action is immediately unlikely. China is well-positioned to fill in any vacuum created by the withdrawal of other countries, and has already hosted a senior military delegation for continued cooperation. Other ASEAN countries that normally do not interfere in the domestic affairs of their neighbours may show greater understanding, but others might
be impacted.

For India, Thailand serves as the main gateway to the ASEAN to help attain its trade target of $200 billion. Although the new regime in Bangkok is appreciative of India’s “no hands” policy with Thailand, as well as its measured response, the relationship has slowed down since the coup. Attempts were made to revive ties, though, including new NDA Minister of State for Home Affairs KirenRijiju’s recent visit to the capital, but there is a need for greater engagement to substantiate India’s Look East policy. The Thai government has also announced its desire to extend railway lines right into India— a courageous thought that would
require China and Myanmar extending similar sentiments.

The problem with the Indo-Thai relationship is that it needs greater interaction and effort from Delhi, despite the two countries’ traditional ties and the presence of a large Indian population in Thailand. The NCPO is searching for legitimacy after being in power for only the past few months. In the first days it tried to show, as all military dictatorships do, how political unrest constituted a major threat to national security. It captured arms from different parts of the country to show how political parties were mixed up with such violence. The illegal arms were meant to incite violence and subvert established structures that maintained law and order in the country. Later, to endear itself, it even bought television rights to the Football World Cup that took place in Brazil, for a whopping 650 million Baht, so that the Thai people could watch it for free. Along with the army, the government has been organising concerts, free medical camps and other festivals, for which they distributed free tickets to ordinary people to “restore happiness in Thailand”. Superficially, it seems, the charm is working.

For a while, pro-democracy protesters hung around in areas near government buildings. The Thai army had banned public protests and public appearances by any political leaders. Over time, it also smothered what little resistance was left in the tired political workers. Media was heavily censored. Some columnists were asked to surrender and were quarantined. The ostensible purpose behind detaining politicians and columnists was to re-educate them not to aggravate tension in a badly divided society. While India demanded the restoration of democracy, the international response to the coup was far fiercer. Here, as well, India has begun to mellow down, keeping in mind both growing condemnation of the “Corrupt Thakshin” regime and the realisation that the NCPO is in for a long haul.

Those critical of Thaksin and his sister’s governments are giving strength to the army. There is little protest among the supporters of the Pheu Thai party or their red shirt supporters from the Northeast, who always voted PT to power (much to the chagrin of the royalists). The unending duel between Thaksin/Yingluk supporters and the Bangkok elite is also linked to the question of who succeeds the ailing King of Thailand, Bhumibol. Thaksin and his supporters will be happy if the crown prince succeeds him, but that is unlikely to be endorsed by those who protested to get Yingluk thrown out
of office.

Something is brewing in Thailand, and it is in India’s interest to take interactions with its troubled neighbour to a new level
Sanjay Kapoor Delhi 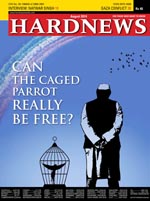