The Sikh community has lately come under attack in Khyber Pakhtunkhwa (KP) and the adjacent Federally Administered Tribal Areas (FATA), prompting many of them to reluctantly consider relocating out of their native areas to somewhere safe.

The assassination of three Sikhs in Peshawar and Mardan last month has increased the sense of insecurity among the minority community, which had always lived peacefully among the Pashtuns.

The first incident took place on August 6, when three Sikhs were shot at by an unknown gunman in their shops in Khushal Bazaar in the busy Hashtnagri locality in Peshawar. Jagmohan Singh, a cosmetics shop owner from Mohallah Jogan Shah in the city, was killed and the other two were injured in the attack.

By arrangement with Newsline, Pakistan 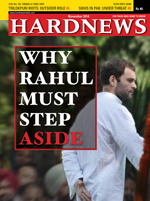