Tales of the stealthy escape of Yemen’s President, Abdu Rabbu Mansour Hadi, shrouded in a woman’s chador (veil) from the house arrest imposed by Houthi rebels have been trending in the streets of Sanaa. Others say that he passed through numerous Houthi checkpoints in a container full of frozen meat.

However, as intriguing as the story of his escape from the heavily guarded city may be, Hadi’s arrival in his hometown in the southern port of Aden last month marks a new chapter in a protracted political crisis. With Hadi retracting the resignation he made as a virtual prisoner of the rebels and branding all of the measures they have since adopted as “null and illegitimate,” the UN-sponsored reconciliation talks came to an abrupt standstill.

As UN Secretary-General Ban Ki Moon recapitulated in his address to the Security Council, that political turmoil in Yemen is leading to an impending humanitarian disaster. Two-thirds of the population, including more than 840,000 acutely malnourished children, is in dire need of humanitarian aid. Grant Pritchard, head of advocacy from Oxfam in Sanaa, referred to the Yemeni humanitarian situation as a “forgotten crisis”. Over 10 million people in Yemen need food assistance, while about 13 million have no access to safe water, sanitation or adequate healthcare. With no foreseeable resolution in the near future, turmoil in Yemen has been a matter of serious concern to Westerners and Middle Easterners, alike.

Southern Yemen has been the breeding ground and centre of the Al-Qaeda in Arabian Peninsula (AQAP), which is responsible for several terrorist actions in the West, including the Charlie Hebdo massacre. The Yemeni government had been cooperative with the United States in its war on terror and against the AQAP. The recent political flux and resulting power vacuum has created a scenario conducive for the growth and activities of the terrorist groups.

The alleged ties between the Houthi rebels and Iran and the Hezbollah have also been a matter of grave concern for the neighbouring Gulf Cooperation Council (GCC) states, particularly Saudi Arabia. Representatives of the Gulf countries have been clamouring in the Security Council for implementation of a UN resolution that imposes sanctions against anyone “hampering the process of peaceful transition of power” in Yemen. Yemeni officials have claimed that Saudi Arabia is sending arms and funds to tribesmen in Yemen’s oil-rich province of Marib to assist them in fighting the Houthi rebels. GCC countries continue to reiterate their support to Hadi as the “legitimate” president of Yemen.

Nonetheless, establishing his legitimacy with the people he must govern may prove more difficult. In August of last year, Ansar Allah, the political core of the Houthi movement, leveraged mass resentment over cancellation of fuel subsidies by Hadi’s government that had resulted in a 60 percent hike in the cost of diesel and gasoline to capture the loyalty of tens of thousands of protesters who took to the streets of Sanaa. In the process, anger over high fuel prices became a rebellion against rampant corruption in the government.

Abd al-Malik al-Houthi, leader of the Houthi movement, stoked the fire through a series of anti-government speeches that appealed to the capital’s Zaydis — a minority sect who felt power was unfairly concentrated in the hands of majority Sunni Muslims under Hadi. Al-Houthi vowed that the protests would not cease until their three main demands were met—reinstatement of the fuel subsidies, appointment of a new, more representative government and full implementation of the outcome of the National Dialogue Conference (2013-14).

The protests escalated, and so did the government’s crackdown on the rebels. Human Rights Watch reported that nine protesters were killed and almost 100 injured on  September 9, when the Yemeni armed forces used tear gas, water cannons and live ammunition on a huge crowd of demonstrators marching towards the gates of the prime minister’s office.

Soon afterwards, Houthi leaders agreed to a UN-brokered ceasefire agreement, provided the Yemeni government was willing to adjust the Constitution to include more minority representation. However, in December, they rejected the draft Constitution that resulted, as they believed that it neither met their demands nor provided for the decentralised federalism model that was desired by most Yemenis. Clashes between the security forces and rebel groups resumed, resulting in over 150 casualties.

Al-Houthi issued a warning to  Hadi stating that they will undertake a “series of special measures” if the government failed to honour the peace accords. Then, in January, Houthi militia seized the capital, kidnapped the president’s chief of staff, Ahmed Awad bin Mubarak, and surrounded the presidential palace and other key military installations.

Prime Minister Khalid Bahah and his Cabinet stepped down from office after refusing to be dragged “into an abyss of unconstructive policies based on no law”. Subsequently, President Hadi, too, resigned on January 22, under escalating pressure from the Houthi rebels.

Once the ousted president was securely put under house arrest, Ansar Allah instated a ruling council as the interim governing authority in Sanaa. This attempt of the rebel group, deemed as a coup d’état, was subjected to severe international criticism and the US, Britain and France moved to close their embassies in Yemen.

The UN envoy to Yemen, Jamal Benomar, in his briefing at the Security Council, warned that the country had become “an uncharted territory” that was at a crossroads between “civil war and disintegration”.

On February 15, the Security Council unanimously adopted Resolution 2201 (2015), demanding that Houthi rebels “immediately and unconditionally” withdraw from government institutions, release  Hadi and other officials from house arrest and engage in negotiations mediated by the United Nations to put the country back on a path towards democratic transition.

That will be a tall order, based on the country’s troubled history.

Since its inception, Yemen has been a classic embodiment of a failed state. Fraught with corruption and poverty, it has struggled to remain afloat for most of its 25 years of existence. It has a violent history of incessant power struggles between the sectarian and political factions and crippling terrorist activities by Al-Qaeda’s most powerful and destructive cell, Ansar al-Shariah or AQAP.

The North and South provinces were united in 1990  as the Republic of Yemen, under the leadership of Ali Abdallah Saleh. Less than four years after the union, the coalition government of the northern and southern parties on at the brink of collapse as Vice-President Ali Salim al-Baid withdrew to Aden, alleging that the south was being marginalised and oppressed by the north.

Civil war broke out in 1994 as al-Baid declared the independence of the Democratic Republic of Yemen in the south. Saleh responded by imposing a state of emergency, capturing Aden and dismissing al-Baid and other southern government members. He consolidated his rule over the entire territory amidst sporadic fighting with southern rebels.

Ten years later, in 2004, Yemen witnessed another round of insurgency led by Hussein al-Houthi in the north. The Houthi movement had initially started as a revivalist Zaydi movement in opposition to the Wahabi elements infiltrating the country across its northern border with Saudi Arabia. As the demands for secession rose in the north, government troops clashed with the Zaydi rebels, killing hundreds of people, including their leader, Hussein al-Houthi, transforming the Houthi movement as an out-and-out rebellion against Saleh’s government at the centre.

However, it was only with the onset of the 2011 Arab uprisings that the Houthi movement became a prominent player in national politics. Pro-reform demonstrations in Yemen began in synchrony with the Egyptian revolution. Demonstrators called for the immediate resignation of President Saleh and instatement of a unity government in his stead. Nearing the end of 2011, Saleh resigned after securing full immunity from Parliament and handed over power to his western-backed deputy, Abd Rabbuh Mansour Hadi. The leader of the opposition was instated as the Prime Minister.

Though the Arab Spring in Yemen  started out with the same fervour for change and liberation as the movements in Egypt and Tunisia, just as in those countries, no sweeping liberal reforms followed. In almost all of the Arab Spring countries, the hasty concessions made by the shaken regimes were short-lived and the promise of free elections was a façade.

The enthusiasm of the people faded and they conceded to a government that was not very different from the preceding one against which they had revolted.

One may very well argue that the entire exercise was futile as the core socio-economic and political problems remained unresolved. Yemen was no different. It was unable to cast off its old ways and was condemned to the fate of either an ancien regime or a civil war. Current events should, therefore, not come as a surprise.

The writer is a Research Associate with the Delhi Policy Group 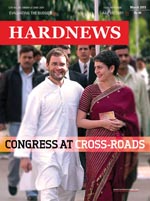