The earthquake hasn’t just left large parts of Nepal in ruins, it has also shaken the faith of the largely God-fearing people of this country

The death and destruction caused by the monster earthquake has left everyone in Nepal and elsewhere in a state of shock. According to the government  assessment, the death toll across Nepal has crossed 7,000 with 14,663 injured and 130 missing. Aid of all kinds, from amateur volunteers to experts on disaster management, from ready-to-eat food packets to tarpaulin sheets, is pouring in from all parts of the world. This is causing chaos not just in the international airport but all over the country due to absence of a proper management system.

The Nepalese are deeply spiritual and revere hundreds of local deities, worshipping them throughout the year. Perhaps, being nestled in the lap of the mighty Himalaya has shaped their psyche in a manner to help cope with nature’s upheavals with relative equanimity. Loss and death are regarded as temporary and deep faith in the Almighty and its various avatars helps them deal with life and its vicissitudes as they visit temples. But how do they deal with a situation of loss of the same gods and goddesses and their temples that provided them comfort and support during bad times? How do the Nepalese make up for the loss of their great temples in Bhaktapur, Indrayani, Basantpur, Patan and several other places? 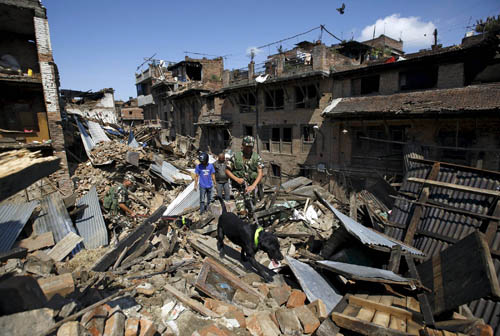 A tale of two villages

Khokana is an old Newari village, about eight kilometres south of Kathmandu, in Lalitpur district. It is the first place this writer visited after the earthquake. The village houses around 10,000 people with 800 individual households. The earthquake destroyed around 700 houses and killed nine people.

The major landmark of this village, the temple of Goddess Rudrayani, is still standing but the village has incurred largescale property devastation that has left thousands displaced and stranded. Not a single family has returned to its home in the village because of the fear of aftershocks that might cause already damaged buildings to fall. Most of the houses here are 200 years old and though Khokana also suffered extensive damage during the great earthquake of 1934, it was rebuilt in the traditional Newari style, using mud, mud bricks and wood. The wood carvings in these damaged houses are still exquisite; they showcase the richness of Newari craftsmanship and are highly valued. 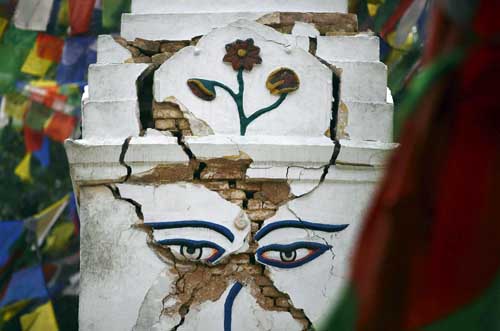 Ashok Maharjan, a resident of Khokana, explained, “Khokana is one of the oldest Newari villages, and has its own history, tradition and culture. Most of the houses are made of wood and mud. It has been listed in the UNESCO World Heritage list as living heritage, representing a vernacular village. It is taken as a model of a medieval settlement pattern with a system of drainage and chowks. The foundation of the village dates back to the Lichhavi period, around 5,000 years ago.’’ In fact, Khokana also happens to be the first electrified village in Nepal.

Most of the relief material has reached the village, including tents, food supplies and medical help. Maharjan explains that efforts are being made to provide temporary shelter which can last at least six months for those whose houses cannot be rebuilt. Houses will be rebuilt, but will they be built in the traditional Newari style? Will the government come forward to help the village retain its proud identity and culture? 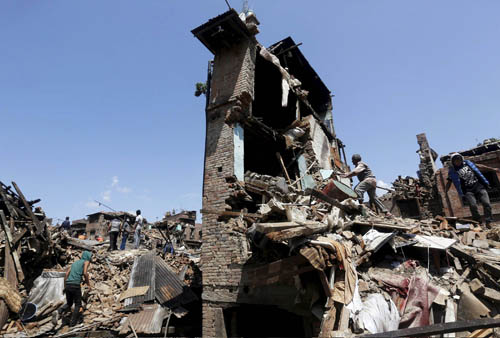 A few kilometres from Khokana, on a spur of land facing the Bagmati river, sits Bungmati village which dates back to AD 605 in the Lichhavi period. Also a Newari village with great cultural and mythological significance, it is the birthplace of Rato Machhendranath —regarded as the patron deity of the Kathmandu valley with his temple in Bungamati. Macchendranath’s temple has been destroyed and its golden chariot-tower now stands on the road like an accident-hit vehicle.

The people of the Kathmandu valley both revere and fear Macchendranath as he is considered their protector against natural calamities and is also worshipped as the god of rain. Legend has it that once there was a major drought in the valley and people prayed to Gorakhnath (another powerful local deity) to save them from famine. Gorakhnath sat on tapasya and begged Goddess Kamakhya of Guwahati in India to help his people. The goddess dispatched Machchendranath to the Kathmandu valley to help. Since then, the locals have unfailingly worshipped Machchendranath. The fact that the earthquake didn’t spare even their protector has left people uncertain and insecure. 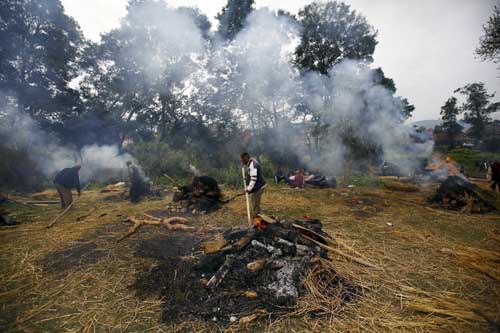 Bungmati’s houses are very similar to those of Khokana, with chowks and ponds. Most of the houses in the village are either destroyed or dangerous due to damage. There was less loss of life here as most people were working in the fields.Nepal is in crisis and the management and distribution of relief material along with safeguarding against epidemics are the main challenges for now. The remote areas surrounding the affected districts are still unreachable. 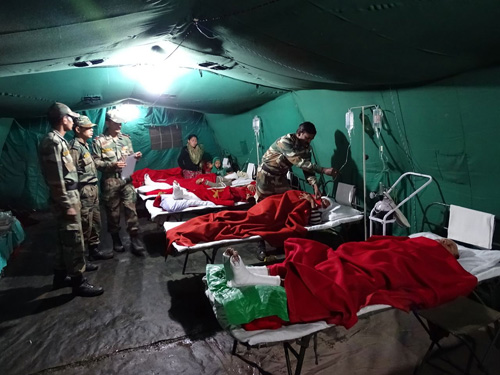 UNESCO is still trying to gather information on the extent of the destruction, including at three palace-filled squares in the cities of Patan and Bhaktapur, both former kingdoms in the Kathmandu valley, as well as in Kathmandu.

While rehabilitation of people, resurrection of their livelihoods, and rebuilding of their homes will start and will take a couple of years, how Khokana and Bungmati, and similar villages, will tackle the reconstruction is a huge concern. Will the rebuilt villages look like any other concrete village or will the government and other stakeholders involved in conserving Nepal’s rich heritage ensure that the legacy and beauty of Nepal are preserved. 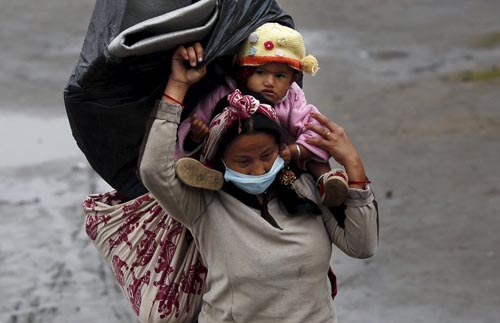 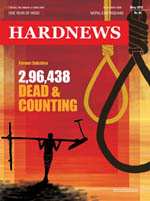