Hardnews talks to Sunil Abraham, the executive director of the Centre for Internet and Society (CIS), about the future of the Internet in India

It should be driven by an empirical understanding of the harms and benefits for Indian consumers. Any regulation should be based on evidence of harm. Forbearance should be the first option for any regulator. The second option is mandating transparency. The third option, as (Managing Director of the World Dialogue on Regulation for Network Economies Programme) William Melody says, should be raising competition before we consider other more intrusive regulatory measures such as price regulation, mandatory registration and licensing, etc. Telling network administrators how to run their networks should be the very last option we consider. Ideally, the Competition Commission of India should have started an investigation into the competition harms emerging from network neutrality violations. There are other harms emerging from network neutrality violations, such as free speech harms, diversity harms, innovation harms and privacy harms. These residual elements should have been the focus of the TRAI (Telecom Regulatory Authority of India) consultation paper process, the DoT (Department of Telecommunications) panel process and the consultations of the parliamentary standing committee. 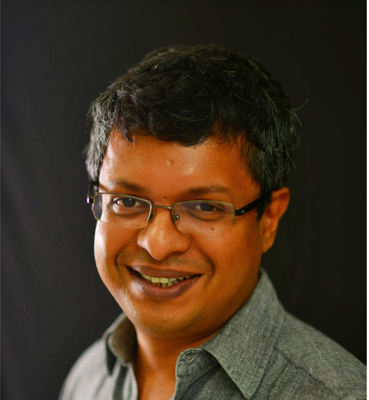 There are certain rights that are essential, like privacy. How do you think the right to privacy will play into the definition of Indian net neutrality?

Deep packet inspection – which is a method that is used to manage Internet traffic and walled garden access via mobile applications – causes significant privacy harms and gives rise to a range of security vulnerabilities. These cannot be directly addressed in network neutrality policy. On privacy and security, it is not clear that the Indian situation is different from the global trend, so it is unlikely that we will have an India-specific privacy language in our network neutrality policy.

Privacy harms caused by network neutrality violations have to be addressed by enacting the privacy bill into law. The Department of Personnel and Training (DoPT) has been working on this Bill for the last five or six years. The latest draft has implemented the recommendations of the Justice AP Shah Committee. The last leak of the privacy Bill revealed that the DoPT has included the nine principles identified by the Shah Committee Report on Privacy. We hope that the government will introduce this Bill at the earliest. Section 43A of the IT Act may also need to be amended to address all the nine privacy principles.

The report drafted by DoT on net neutrality is ambiguous and almost reluctant to take a stand. What are the key points of this report?

The DoT panel report does take a stand. It clearly identifies network neutrality as a policy goal. Unfortunately, the panel did not provide its own definition of network neutrality, but instead quoted a definition submitted by civil society activists who testified before it without explicitly adopting it. The panel report examines zero rating and legitimate traffic management in quite a bit of detail and does prescribe some regulatory decision trees to the policymakers. When it comes to specialised services and walled gardens there could have been more detailed and specific recommendations. The biggest disappointment in the report is the call for licensing of those OTT (Over the Top) service providers that provide equivalent services to those provided by telcos. While the need to address regulatory arbitrage from the perspective of privacy and surveillance law may be virtuous, it may not be technically feasible to do so, especially if there is end-to-end encryption. Also, regulatory arbitrage could be addressed by reducing regulations for telcos rather than increasing them for OTT providers.

Do you think licensing and regulation of OTT services such as Google and WhatsApp are a necessity?

It is a myth that they exist in a regulatory vacuum. Many regulations do apply to them and a few of them do comply with Indian authorities on issues like speech regulation, legal interception and also data access. With competition law and taxation there is very little compliance. The trouble is not that there are regulatory vacuums, but rather that these services operate from foreign jurisdictions. Without offices, servers and human resources within the Indian jurisdiction it is very difficult for the courts to implement their orders, and for law enforcement to ensure compliance with Indian laws. This jurisdictional challenge affects most developing countries and not just India, and can only be solved by harmonising procedural and substantive law across jurisdictions, through the spread of soft norms, development of self-regulatory mechanisms using the multi-stakeholder models and through the creation of international law through various multilateral and pluri-lateral bodies.

The report reduces the neutrality debate to ‘access.’ Do you think this approach is reductive?

Access is very important in the Indian context so I don’t see how that is reductive. Many observers believe that the next round in the war for network neutrality will happen in the global South. India is a key battleground – what happens here will have global impact and implications. Network neutrality policies need to consider free speech, privacy, competition, diversity and innovation goals of the markets they seek to regulate. If we are not being doctrinaire about network neutrality we could adopt what (Professor of Internet & Media Law at the University of Sussex) Chris Marsden calls forward-looking “positive net neutrality” wherein “higher QoS (Quality of Service) for higher prices should be offered on fair, reasonable and non-discriminatory [FRAND] terms to all comers”. FRAND, according to Prof. Marsden, is well understood by the telcos and ISPs (Internet Service Providers) as it is the basis of common carriage. This understanding of network neutrality allows for technical and business model innovation by ISPs and telcos without the associated harms. There are zero-rating services being launched by Mozilla, Jaana, Mavin and others that are attempting to do this. I do not believe that they violate network neutrality principles, unlike Airtel Zero or Internet.org.

While this report attempts to arrive at a middle ground between the TSPs and the OTTs, how is this going to reflect in the government’s ‘Digital India’ programme?

We know we have a policy solution when all stakeholders are equally unhappy. But we also need an elegant solution that is easy to implement. Scholars like (Associate Professor of Computer Science at Columbia University) Vishal Mishra have a theoretical solution based on the Shapley Value, that assumes a multi-sided market model, but this may not work in real life. Professor V. Sridhar of the International Institute of Information Technology, Bengaluru (IIITB) has a very elegant idea of setting a ceiling and floor for price and speed and also for insisting on a minimum QoS of the whole of the Internet. These ideas I have not heard in the American and European debate around network neutrality. I remain hopeful that the Indian middle ground will be qualitatively different, given that the structure and constraints of the Indian telecom sector are very different from that in developed countries. Ensuring network neutrality is essential to the success of Digital India. Unfortunately, the Digital India plans that we have heard so far don’t make this explicitly clear.

The Internet was never meant to be monetised. Do you think that private players are eating into a public good that is absolutely necessary for development?

I have never heard that statement before. The Internet, after its early history, has been completely built using private capital. The public Internet has always been monetised. Collectively, the individual entrepreneurs and enterprises that build and run the components of the Internet have created a common public good – which is the globally interconnected network. But the motivation for private capital behind maintaining and building their corner or component of this network has also been profit maximisation.

What has contributed to the growing need to regulate and administer the Internet?

Technical advancements and business model innovations have resulted in both benefits and harms and therefore there could be a rationale for regulation. But more regulation per se is not a virtue and does not serve the interest of citizens and consumers. Expanding the regulatory scope of government infinitely will only result in failure, given the limited capacity and resources of the State. Therefore, whenever the State enters a new area of regulation it should ideally stop regulating in another area. In other words, there is no clear case that the regulation of the Internet is needed to keep growing exponentially – as evolving technologies may require specific regulation – if the resultant harms cannot be addressed using existing law. In most cases, traditional law is sufficient to deal with crimes and offences online. 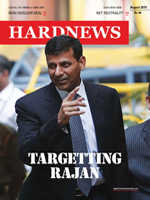