As socialism becomes a concept which is long dead and dusted from the stage of world politics, Marxists seek to reinvent and rebrand 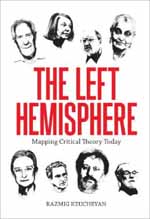 One decade after the financial crisis, the liberal world order has been shaken up by a series of crises. From facing climate change to neo-fascism, from the Euro to the migrant crisis, the “end of history” (Francis Fukuyama) seems to have been declared prematurely. On the other hand, as “the Strange Non-death of Neo-liberalism” (Colin Crouch) suggests, capitalism is unlikely to fail as a consequence of its internal contradictions. Nomadic counter-cultures like organic localism or hipster manufactures, therefore, seem inadequate in the face of the global mega crises. At the beginning of the 21st century, progressives need to build a new emancipatory project from the ruins of failed utopia.

In order to lay the groundwork for this much-needed strategy debate, a review of existing schools of thought is necessary.  Razmig Keucheyan in the Left Hemisphere: Mapping Critical Theory Today (London: Verso, 2013) leads the way with an elegant tour d’horizon of critical theory. Avoiding the unnecessary use of jargon, the sociologist from Paris’ Sorbonne University guides readers with ease through difficult theoretical terrain. His eyes firmly set on the added value for political practice, Keucheyan analyses what contemporary critical thinkers have to contribute to strategy debates.

For a better understanding of current debates, the author introduces a quick genealogy of the critical theory. Using the term as a catch-all label for the entire spectrum of system-critical theories across social, linguistic and economic sciences, he traces the roots of critical theory well beyond the Frankfurt School, all the way back to Karl Marx. To map the left hemisphere, Keucheyan uses spatial and time axes.

Geographically, its centre of gravity has shifted over time from Central and Eastern Europe to Western Europe and eventually globalised with a high concentration of critical scholars in the United States. This shift of context clearly had an impact on the theoretical outlook. While Eastern Europeans concentrated on the proletariat’s class struggle, Western Europeans expanded their view on the origins of power in society as a whole; post-colonialists from the Global South exposed the Euro-centric blind spots for the global subaltern, and American thinkers focused on the formerly disregarded “secondary front” struggles around identity and recognition.

The chronology suggests that every failed revolution sparks a new round of progressive soul searching. Accordingly, the unfulfilled revolutionary fantasies of 1870, 1918, 1968 and 1989 triggered waves of theoretical renewal, based on more thorough analyses of the root causes of failure, and suggestions on how to reconfigure emancipatory struggles. Along the way, however, Keucheyan observes a growing alienation between the labour movement and its intellectuals. While Marxism fossilised in party orthodoxy, many critical intellectuals fled into the production of abstract knowledge with little or no direct connection to the practical questions of those who led emancipatory struggles. To counteract this estrangement between practice and theory seems to be the main motivation for this book. Laudably, Keucheyan does not limit his overview to the “usual suspects”, but introduces the younger generation of critical theorists as well. Still, one cannot help but notice that some of these “younger” theorists also have been a bit long in the tooth. What is sorely missing are thinkers who have something to say about the challenges of digital capitalism.

So, after this short ride through space and time, where does that leave Leftist thought today? Remarkably, it seems that the two branches of critical theory – theory of system and theory of the subject – fared quite differently in their ability to analyse the challenges of an ever morphing capitalism. For their part, the theories describing the system have greatly benefitted from the insights of psychoanalysis, linguistics, anthropology, sociology and neuroscience. As a result, the economic narrow-mindedness of orthodox Marxism was successfully overcome. Even though some post-structural theories overshoot the mark by entirely losing sight of the material base, models which assume the interdependence of base and superstructure are preferable to crude materialistic determinism. The rejection of historical teleology, such as the belief in a power immanent to history which will “naturally” cause capitalism to fail due to its inherent contradictions is also comforting. On the contrary, following Antonio Gramsci’s and Carl Schmitt’s reminder of Marx’ insight, change can only be the result of sociopolitical struggle. In short, critical systems theories revealed the errors and weaknesses of orthodox Marxism, resulting in more sophisticated descriptions of the capitalist society.

Subject theorists have been less successful in adapting their analyses to the loss of the centre piece of their thinking, the Marxist historical subject. In essence, subject theory asks which actors can lead the struggles for emancipation. It goes without saying that these debates are highly relevant for strategists, because the identification of the agents of change largely determines the sites and shapes of struggles. Until the post-war period western Marxists held on to the proletariat as the historical subject, but felt the need to place the intellectual by its side with a view of purifying it from the temptations of pop culture (Theodor W. Adorno) or the aberrations of Stalinism (Louis Althusser). After the decline of the industrial worker, the search for the leading change agent became more pressing. The attempt to pass the torch to the precariat (e.g. the uneducated “mass workers” of the Italian Operasimo or the French Maoists’ concern for the “Sans Papiers”) failed. With the main thrust of struggles shifting from the confrontation between capital and labour to the emancipation of oppressed minorities, new subjects entered the spotlight. These new subjects were no longer defined by a common socioeconomic status (“class”), but shared cultural characteristics such as common “identities”. Later conceptualizations entirely gave up on the idea that the historical subject had a predetermined place in society, but saw the agents of change crystallising spontaneously out of “events” such as revolutions or liberation movements. This classless subject seems to be more suitable to explain the “colour revolutions” where, to paraphrase Jacques Rancière, a spontaneous assembly of protesters from all social classes burst onto the stage of history. However, the revival of materialistic teleology should be treated with caution. The belief that a subject will suddenly appear out of nothing could turn into a messianic waiting for Godot.

Given the current circumstances, critical theorists do not even agree if the transformation of capitalism is possible at all. Keucheyan distinguishes between the pessimists, who regard the overcoming of capitalism as impossible (e.g. Jean Baudrilliard), and the optimists, who believe that victory is just a matter of time (e.g. Antonio Negri). Remarkably, neither the pessimists nor the optimists pay much attention to the strategic question of how emancipatory struggles can be organised under the conditions of global financial capitalism, let alone emerging digital capitalism.

This is why, after the defeat of the “colour revolutions”, it is high time to pose the question, if their failed strategies are not rooted in a flawed understanding of the subject. To be more precise, it seems that the refusal of the anti-globalisation movement to agree on a common agenda and the disapproval of the Occupy Movement of organisation and leadership can be traced back to Negri’s concept of the “Multitude”. The Multitude understands the diversity of conditions and identities as a value to be preserved at all cost, hence resists any efforts to reduce them to a common denominator. Critics have lambasted this lack of organisation and leadership as the primary source of failure. Hence, post-Leninists like Slavoj Zizek try to rebuild the platform for a new progressive project on the ruins of emancipatory movements from communism to Christianity. From a practitioner’s view, such reconstruction attempts are highly preferable to the widespread escapism, such as attempts to evade or dodge capitalism which is fatalistically perceived as invincible.

In sum, Keucheyan’s overview confirms the alienation between theory and practice. While the analytical capacity of the systems theory has greatly improved, subject theories seem to become ever more esoteric, hence greatly reducing their relevance for progressive movements. Keucheyan’s strongest argument, therefore, is his critique of the lack of will or capacity to develop strategies for struggles. He is right to call on theorists to leave their ivory towers and revive the tradition of movement intellectuals. Conversely, progressive movements need to re-appropriate their forgotten heritage, and bolster their strategy debates with new and stronger theoretical frameworks.

A progressive movement for the 21st century cannot be oblivious of its own legacy. In the West, this means to tear down the artificial Cold War firewall between Social Democracy and revolutionary Socialism. Around the world, it means to move beyond the wrangling over primary and secondary fronts. Given the existential crisis which threatens the survival of our species on this planet, it is high time for progressive tribes to join forces for the struggles ahead. Again, it is the Frankfurt School, now in its third generation, which guides the way: Nancy Fraser and Axel Honneth promote a progressive project which brings together the struggles for just redistribution and recognition. And it is befitting that it is an Indian thinker who synthesises the struggles for freedom and equality. Amartya Sen’s call to provide “full capabilities for all” may indeed be the rallying cry to lead the struggles for the Great Society of the digital age.

As socialism becomes a concept which is long dead and dusted from the stage of world politics, Marxists seek to reinvent and rebrand
Marc Saxer Delhi

Read more stories by What’s Left of the Left?