Female workers in IRCTC’s online booking department were not allowed to go to washrooms. When they protested they were promptly fired

In January 2016, the entire department which handled online booking in IRCTC was laid-off, the jobs were privatised and outsourced to a call centre in Noida. This move on the part of the company had rendered many unemployed, according to the workers; the company had just given them a months notice. The peculiar thing about this entire incident was that while workers told not to come to office anymore, at the same time the official documentation shows that the said workers had left the job out of their own volition. 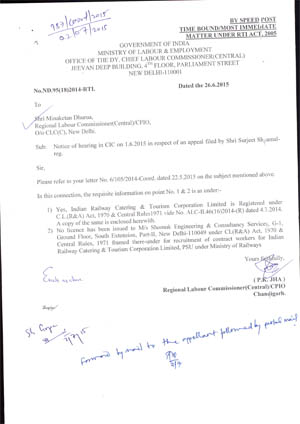 There were many things that led to the closing of the department, chief among them: draconian gendered based rules, maltreatment of labour, the denial of raises and a myriad number of other issues. The workers after being laid-off filed a case in the Delhi High Court, and the next hearing will be in early December. “We will fight for the truth,” said Shalini, a former employee. The primary grouse of the workers is the manner in which they were shunted out. The case being sub-judice ensures that they can’t seek alternative employment.

All of this started because they, the eighty or so women working in the online booking department in the IRCTC ( a mini-ratna), had had enough. After years of maltreatment, the contractual workers, especially the women, decided to come together and make their demands known. “We would not get maternity leave, would not get gratuity, there were little or no facilities that were provided to us at our office,” said Anjali, a former employee. The problems, according to her, were always there from issues of their employment to demanding for a raise. “The issue was a bit complicated, we were what was called ‘outsourced’ because we were contractual workers, our PF’s or ESI’s would not be filed by them, but be taken out of our pay checks,” said another woman who worked at IRCTC. 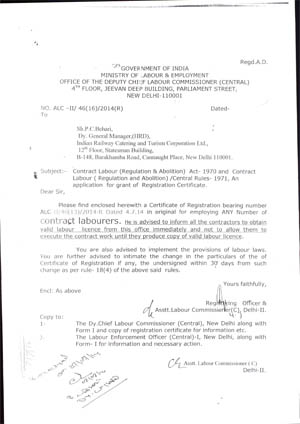 However, this was not the biggest issue. For several months, several women in IRCTC online-ticketing department, were forcibly kept glued to their seats for two-hours a day and not allowed to use the bathroom despite repeated requests. This petty medieval era rule was implemented for the Tatkaal booking hours. The complaint made and submitted to the Delhi Commission for Women (DCW) by the workers said the following: "According to the oral rule set by head of the department (HOD) Mamta Sharma, between 10 am and 12 pm no one could use the bathroom. If the women had to use then they would have to seek the permission of a male supervisor. This is humiliating for us, as the male supervisor would ask us the time it would take whether we would be going for ten minutes or five. If a woman was to use the washroom despite being told no by the male supervisor, the woman would have to write a letter of apology to the HOD. If the woman questioned or resisted she would be threatened and if she continued to protest she would be fired.”

This complaint was submitted on September 9, 2015, by twenty-seven employees of IRCTC online ticket booking service, which included nineteen women. They wrote a complaint to the Delhi Commission for Women, in the letter the twenty-seven workers requested the Delhi Commission for Women (DCW) to help the eighty women who worked in the department to gain access to: separate bathrooms, clean drinking water, canteen and first aid care. The complaint did not elicit any response from the DCW, and the workers continuously pushed for a response, but to no avail. When the company found out, according to members of the union it was when they began intimidating the workers.

Bhavana joined the company in 2008. After eight years of loyal and dedicated service her job was terminated for no apparent reason. She was not given any severance pay or any such emoluments. She had been operated on February last year for severe kidney stones. Almost eighty-percent of her kidney had stopped functioning. The cause of this according to her, was the fact that for several months, she was forcibly kept on their seats for two-hours a day and not allowed to use the bathroom despite repeated requests.

Despite the complaint to the DCW nothing happened. The union filed an RTI pressing the  DCW for an answer, for a response and urged them to take action. Sujeet Shyamal, the head of the Union said, “We would go to the office and we would be turned back without any help.” Eventually, the DCW wrote to IRCTC asking them to initiate an internal complaints committee (ICC). This committee, according Shyamal had not existed previously, and when convened was headed by a woman who was a trainee and easily bullied into taking decisions in favour of the management. 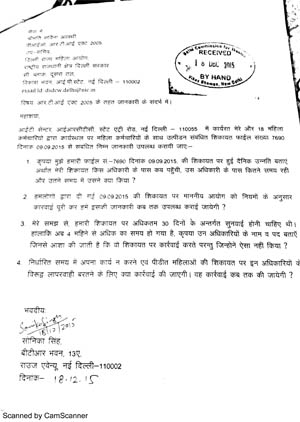 The hardships faced by contractual or outsourced workers in the IRCTC are not just limited to the women in the online booking department. On November 20, 225 contractual workers were laid-off for protesting against the privatisation of the catering service in trains in West Bengal, the uncertainty and shadowy figure of the contractor who they are hired through (who they claim they don’t know, or have ever met. The only form of contact is a phone number their superiors give).

“Whatever protest, unrest or agitation they don’t like or understand they clamp down on hard, there is no place for rights in these organisations,” said Ravi, one of the 225 catering staff that was laid off.

The biggest fear amongst contractual workers is that in the times to come their rights might be completely compromised. They say that if the government dilutes the forty-four labour laws, and brings in the ‘hire and fire’ policy everything that they continue to fight for might be laid to waste. There are little or no jobs that are left in the market and people will work under any circumstances. When it comes to their future they are uncertain; the plight of the women, and the other staff who were laid off in January this year hangs in the hands of the Delhi High court, where their case will be heard in December.