By locking horns with India over the Doklam plateau, is China acting on its imagined insecurities and squandering an opportunity to make an ally of New Delhi?

The geography is a dominant factor in building national psyche and concomitant politico-economic responses. China, except on its eastern flank, is a landlocked country and has a compulsion to conduct trade through circuitous sea routes passing through the Indian and Pacific Oceans with numerous bottlenecks. It certainly is not a happy situation as there is an omnipresent threat of denial of sea routes in certain hostile contingencies which would impact economy severely. Therefore, there are deep insecurities in the Chinese national psyche which seem to have acquired a sense of desperation and this is manifesting in an aggressive impulsive way, coupled with the country’s high opportunist quotient.

China has ambitions of becoming a superpower, exploiting its economic leverages and growing military power, but it seems to be in a hurry. China, unfortunately, has not followed an inclusive approach in international conduct as it probably does not fit into its self-centred attitude where there is little scope for compromise and accommodation of others’ points of view. China, in pursuance of its aim, seems to have chosen to adopt confrontation instead of cooperation as the guiding tenet of its conduct, believing in the communist adage that “power flows from the barrel of a gun”.

The Chinese propensity for manipulating maps and quoting unsubstantiated/doctored historical records/treaties to lay claim to areas of its military interest is well-established.  It is also known to go back on commitments to resolve boundary/political issues, following its time-tested pattern of set-piece politico-military strategy. China has ruffled many feathers across the globe as a result of its self-serving bullish ways, going to the extent of disregarding international norms in blatant violation of the sovereignty of nations as long as it serves its own national interests. There is an air of political unpredictability around whatever China does in international affairs.

True to this pattern, China is once again back to showcasing its unpredictability and coercive ways in pursuit of its political aims and objectives against India. It has been indulging in such exercises regularly, hence there seems to be nothing new on the face of it: it was Depsang in 2013, Chumar and Demchok in 2014, DBO in 2015 and now the site of conflict is the Doklam/Doka La area. It is yet another incident wherein the Chinese have gone back on a mutually agreed understanding on the status of the Doklam plateau with Bhutan and tri-junction issues with both India and Bhutan. The reasons for the current flare-up are apparently linked to the domestic political compulsion of China’s President Xi Jinping to showcase his firm handling of territorial issues in order to enhance his central position on the Chinese political scene for the forthcoming 19th Congress and the 90th anniversary of the People’s Liberation Army (PLA). However, the rot runs deeper which is a matter of serious concern.

The major cause for immediate concern and insecurity in China is the build-up of offensive content in the mountains which has apparently forced the country to look at its vulnerabilities in the face of enhanced military capabilities of India. The Chumbi Valley being one of the most vulnerable areas, China has been looking at ways to provide depth to it and neutralise the emerging threat from India in this sector. India and Bhutan maintain that the tri-junction lies near Batang La on the watershed north of the Doklam plateau, whereas China claims it is at Gyemochen on the Zomplri ridge which happens to be around 7.5 km farther south, making Doklam part of China. Accordingly, China has been attempting to create logistics infrastructure along the western Bhutanese flank through the disputed Doklam plateau and orchestrate a case to push the China-India-Bhutan tri-junction farther to the south to bring the Siliguri corridor within Chinese tactical operational range. 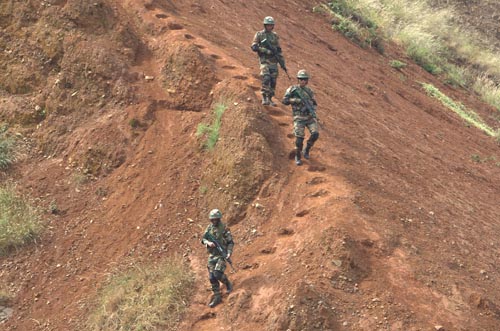 China has been trying to nudge Bhutan for quite some time to swap 495 sq km of disputed area in the eastern sector in exchange for a 286-sq-km stretch in the western sector, which includes the Doklam plateau, for this very reason. China, finding no positive response over the course of 24 meetings on this issue, has taken a unilateral decision to go ahead and construct a road through the Doklam plateau, quoting the 1890 Anglo-China treaty which is not recognised by Bhutan as it was not a party to this unequal treaty. India, in order to safeguard itself from the emerging military threat which has the potential of severing Northeast India from the rest of the country, has intervened to resist this illegal act by China.

Involving Bhutan in the current face-off serves multiple political objectives for China—the first one being weaning away Bhutan from Indian influence and creating strategic military leverage through the Chumbi Valley which would be detrimental to Indian security. Moreover, a situation has been orchestrated by China where it is supposedly using a precedence of military intervention by India on behalf of a third country to pave the way to justify similar acts by China, as reported in the Chinese media. It sounds like a near checkmate move and appears to be a reference to Pakistan when seen in the light of China coercing India to ascertain the dangers of a two-front war. Chinese military overtures through Nepal and involving Bhutan by force or mutual consent cannot be ruled out in the future. Nepal is already connected and can aid Chinese forays into Bhutan through the Doklam plateau. It also has the scope of linking China to the Haa/Paro valley and then to the plains of India. China has been quite vocal in its current phase of psychological warfare to drive home its political assertiveness this time.

The current stand-off also has significant linkages with Chinese insecurities in the Indian Ocean Region (IOR), hyphenated with its stance in the South China Sea. Since the China-Pakistan Economic Corridor (CPEC) provides a secure overland route, circumventing the insecure Indo-Pacific region, China has a lot at stake in the politico-economic viability of this project. However, the success of the CPEC is contingent on the participation of Eurasian countries and the security situation in the Af-Pak region has impacted connectivity and smooth transit of goods through this troubled region. As a result, in the absence of restricted transit revenues, Pakistan also may not be in a position to repay the Chinese loans which are a matter of concern for the Chinese.

India, on the other hand, with her large consumer market, is a big attraction for China as well as all the other members of the CPEC bandwagon. Therefore, participation by India in CPEC is of utmost importance for the financial viability of the scheme. India’s objection to the violation of its sovereignty and the military capability to intervene and disrupt the CPEC infrastructure, if required, is seen as an obstacle to Chinese strategic interests. China also nurtures a belief of Indian complicity in fuelling political opposition to CPEC in rebel areas of Balochistan and Gilgit-Baltistan. In consequence, India’s refusal to join the dream project of President Xi has been construed as a snub to its national ego and has not gone down well with China. Since the China-Pakistan combine is on the morally weak ground due to unethical conduct, it is taking recourse to coercive ways to nudge India to fall in line. Chinese hubris is a manifestation of its current overwhelming economic prowess, high nuclear deterrence, unbridled political arrogance in the absence of political dissent, and self-assumed politico-cultural superiority as seen at play in Beijing’s conduct.

In the diplomatic arena, China seems to be confronting and opposing most Indian political initiatives: our bid to secure a nomination in the planned extended UN Security Council, seek membership of the Nuclear Suppliers Group (NSG), and our efforts to bring environmental harmony in the international world order, and so on. China has been using its veto power in the UN unscrupulously simply to undermine anything to do with the Indian point of view and New Delhi’s well-meaning aspirations. Behind this negative attitude seems to be the rise of Indian political stature and India’s refusal to toe the line and facilitate Chinese politico-economic agenda on their terms.

In order to keep India in check, China in its sinister scheme has been nurturing a gullible Pakistan militarily for quite some time to keep India engaged by fomenting insurgency in Jammu and Kashmir. Pakistan also poses a military threat to India from the western front with a low threshold. Moreover, with the CPEC project, the Chinese are going to be present in Pakistan in big numbers in the time to come. There are tell-tale signs suggesting the potential for establishment of a Chinese naval base at Gwadar port on the pretext of providing security to Chinese assets, thereby enhancing the military encirclement of India.

India, so far, has a strong military to take care of emerging threats to its sovereignty. The Indian Navy has far-reaching capabilities, including executing out of area contingencies. Its capabilities to dominate the entire Indian Ocean will always be far superior to China’s due to geographical synergies which do not favour the latter as the Chinese have their logistic bases far away on the eastern coast. China will always suffer from resource inadequacy even if it has a few naval bases in and around IOR. The Indian Army is fully geared to take care of envisaged threats to India’s land borders with China. The IAF enjoys superiority in the application of fire power in the Tibet region as compared to China which has restricted combat air-lift capabilities due to high altitudes.

China surely understands the factual situation and for the first time, seems to be worried beyond doubt. It also finds itself on the back foot and cornered due to the increasing politico-military leverages that India has as a result of appropriate global alliances and the resultant “strategic pull”. India needs to work out all the possible contingencies and realign its policies to neutralise the emerging joint threats from China as well as Pakistan. There is a need to recalibrate our nuclear policy by infusing proactive content so as to enhance military deterrence.

China believes in creating military leverages for sustaining and facilitating its politico-economic interests. The military plays a major role in its foreign affairs in both regional and global arenas. The absence of political opposition in China has contributed towards an unbridled military adventurism, sans political accountability, which is a threat in the making for the international strategic balance. The inherent apprehensions and imagined insecurities of China prompt it to seek military recourse where it feels it is weak on diplomatic scrutiny. This drama of military adventurism will continue in all areas where China feels the Indian combat infrastructure and organisational up-gradation pose a threat to its security interests. They are expected to keep the “water warm but not boiling”.

The parameters of a new normal in Sino-Indian relations are being drawn to tame India which is seen as a rival and an obstacle to China’s ways of influencing and controlling politico-economic strategic space regionally and globally. It is unfortunate that it has chosen military coercion against India, a country which along with China has great potential to shift the centre of gravity of the world’s economic fulcrum to Asia. A simple cooperative approach between the two fastest growing economies would have yielded the same results which China is aiming for through confrontation.

By locking horns with India over the Doklam plateau, is China acting on its imagined insecurities and squandering an opportunity to make an ally of New Delhi?
Lt Gen Rameshwar Yadav Delhi 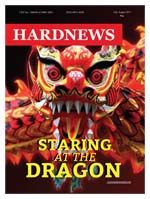