‘We fought hard to secure Sri Lanka’s interest in the deal’: Arjuna Ranatunga 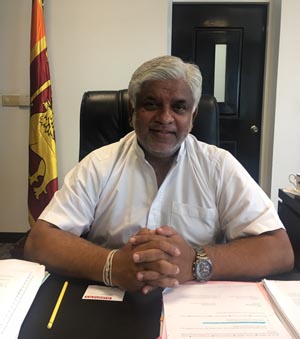 Sri Lanka’s legendary cricket captain, Arjuna Ranatunga, gives an impression of never having left the cricket crease even though he retired 16 years ago after leading his country to a World Cup win. As a politician and a minister in the government, he takes on issues on the front foot as when he questioned the controversial Hambantota port deal, which he feels is loaded in favour of the Chinese. He was shifted from the Ministry of Ports and Shipping for raising uncomfortable questions over the deal even after the original agreement had been watered down.

Hardnews met him in Colombo in his spartan office in the Petroleum Ministry a day after the Sri Lankan cricket team was blanked out in the One-Day International series against India. Ranatunga blamed the cricket administration instead of the players. He also alleged that some of those involved in gambling businesses are managing the game in the country. Excerpts from the interview:

Why is the Sri Lankan team doing so badly?

There are a number of reasons why they are doing badly. The team does not stick to players and changes them all the time. They are also not displaying the right attitude and commitment. The real issue is very poor administration. The players are getting affected even when there is no paucity of talent in the country.

Do you think India benefits from the IPL?

I don’t agree with this view. If you go back 30-40 years, with the Ranji and Duleep Trophies, India was able to produce excellent cricketers. I did not get to see the likes of Mansur Ali Khan Pataudi play, but saw Gundappa Viswanath, Sunil Gavaskar, Dilip Vengsarkar, Sourav Ganguly, Sachin Tendulkar, Rahul Dravid and V.V.S. Laxman bat.  Only Ganguly, Tendulkar and Laxman  played a few seasons of the IPL, but they were great cricketers and it was not due to the IPL. India has a great cricketing structure that produces quality players. Even Sri Lanka, without any structure, produced good cricketers in the past. I think the present administration is bad. We do not have a single top cricket official who has played international cricket. And the worst part is that those who run gambling businesses are running cricket today. So you can’t promise a better performance under these circumstances. I think the government needs to appoint an interim committee to oversee cricket and work towards turning around the fortunes of the game in the country.

Why were you shifted from the ports ministry? What were the circumstances?

I was given the port and aviation ministry when the new government came to power. Then aviation was taken away when the United National Party-Sri Lanka Freedom Party ‘Yahapalanaya’ or good governance government came to power. I was asked to look after the port ministry and during this period we earned LKR 11 billion profit by removing many corrupt people and improving our performance and putting things in place. And then the Hambantota issue started and I was trying to get the best possible deal for the country. We also managed to change many of the clauses in the agreement. The President was also keen that I should look after other investment deals.

Did you have any disagreement over the Hambantota deal?

Yes, I had disagreements. The first proposal they brought was prepared by a group of secretaries. They consulted neither the Sri Lanka Port Authority nor the minister. It was only when it came to us that we changed many clauses in the project. Even a week back, in a Cabinet meeting, I raised a few issues about the project.

What was your view of the earlier agreement?

Earlier, it did not seem like a proper agreement. It was fully loaded in favour of the Chinese. It seemed that no one paid any attention to the country’s interests, except for looking at the money part. I appointed a committee under the Sri Lanka Port Authority to work on the agreement and suggested changes in the previous draft. It was done well by the officials.

There were a lot of issues with the agreement and that’s why President Maithripala Sirisena agreed to sign the agreement as long as we could bring in the necessary changes.

My concern was national security. I never wanted another private port authority and I wanted to give primacy to the Sri Lanka Port Authority. Then, of course, there was the land issue and the man-made island that had been created. We fought to protect our vital interests.

Were issues of sovereignty involved?

Actually, the truth is that many of the problems that we are discussing now were never taken up with the Sri Lanka Port Authority. This is the main issue we have with the Chinese. Secretaries signed the earlier agreement and at that time no one was included. The process should have been more transparent. We found the investment in the port to be too high. They have spent far more than they should have. Anyway, we were looking for an investor to come and help us get over the debt and invest in our port. It was at this juncture that Prime Minister Ranil Wickramasinghe went to Beijing and the Chinese government offered two of their companies to work with. That’s how the project took off again.

Was there any Indian proposal to invest in Hambantota?

There was no public tendering of the project. That is my grouse also. Without resorting to these methods, we were trying to bail out our economy. When our Premier visited China, that’s when the project got revived.

Not at the start. We had to fight very hard with the Chinese to secure them. Our navy is now involved and so is the Sri Lankan Port Authority in protecting our harbour and port.

What about the Colombo port city project?

Now, it is on. Here again, we changed many clauses. Some land had been sold outright. We changed that to a 99-year lease. Now we will not sell our land to a foreign contractor. We will give land on lease, depending on the investment. 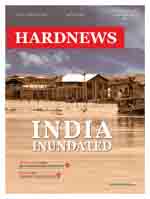