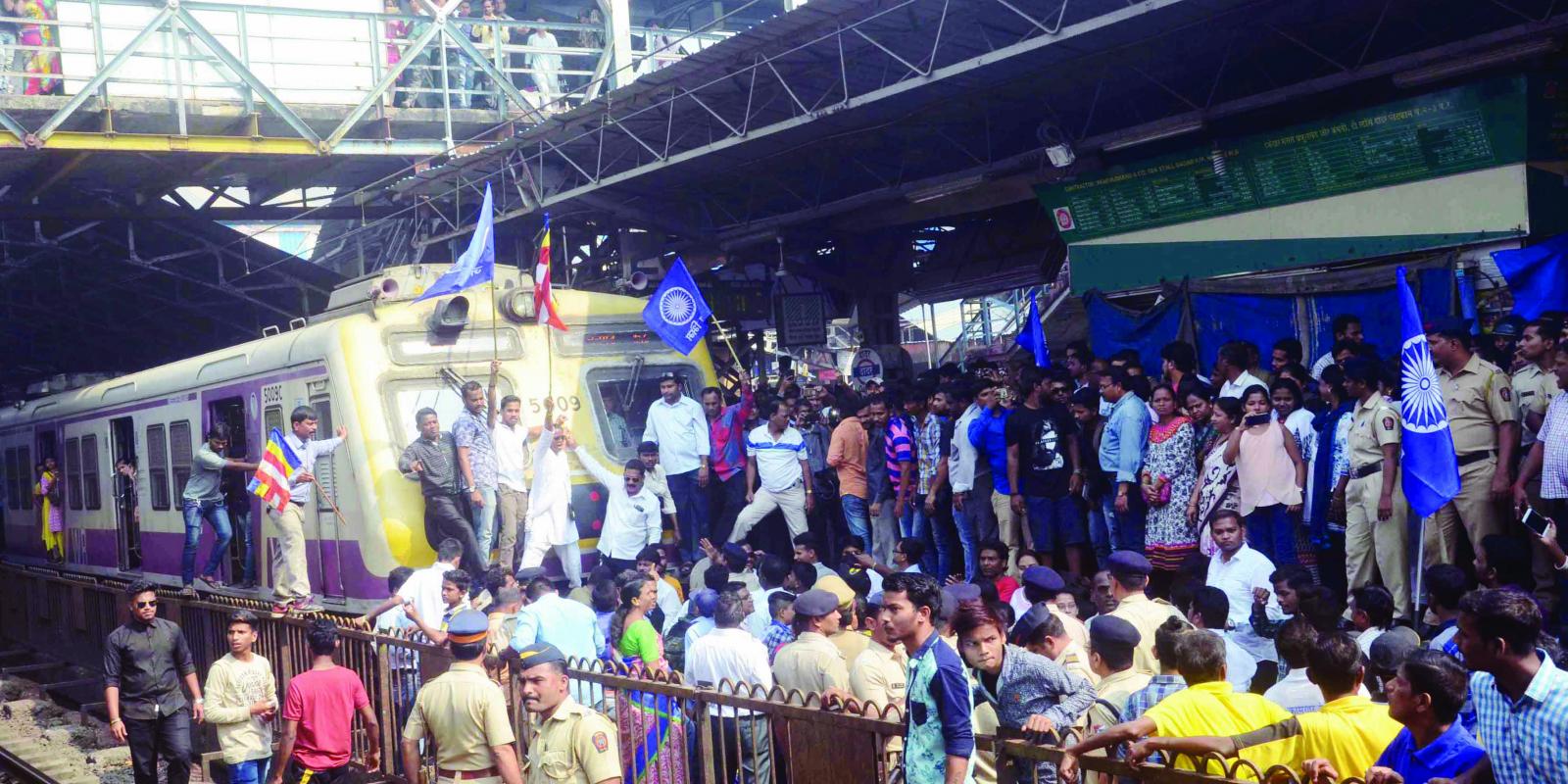 The fact that Dalits are now talking back, refusing to buy the Hindutva agenda is threatening the upper caste that would rather have the status quo continue than deal with politically influential Dalits. Does it possess the momentum to reshape national politics?

By managing to bring a breathless city to a standstill for a few days, the Dalit community did not just bring into limelight the age-old rift between the lower caste and Marathas but also caught the nation’s imagination with ferocity days after people from the community were mercilessly beaten up by upper caste men while they were on their way to the victory pillar in Bhima Koregaon to commemorate the 200th anniversary of the third Anglo-Maratha war in which a British army made of Mahar soldiers had defeated a much larger Peshwa army. It brought back the memories of the riots that took place in Saharanpur in May 2017 when the Dalit basti witnessed a bloodbath after a mob of Thakurs, armed with iron rods and swords attacked them. Men had been dragged out of their homes and beaten up, stabbed; the properties in the basti were set on fire as women pleaded for mercy.

After the stir caused by Bhim Sena in the aftermath of the Saharanpur riots and the arrest of its leader Chandrashekhar Azad, there was much ado about the fate of the organisation. Also, the arc of the Dalit stir’s impact was believed to be limited to the Hindi heartland. However, the Bhima Koregaon incident has proved that there is little truth to it. If the Maratha march of 2017 had stood out for its stoic and fierce silence; the Dalit protests have made waves because no one had expected the community would assert itself with so much urgency yet again. Dalits have assembled around the victory pillar for a long time. This year was special because of the events that had taken place in 2017: the aftermath of the Saharanpur riots saw a massive backlash by the lower caste led by Bhim Sena’s Azad. As a senior journalist based in Saharanpur had then told Hardnews, the response was rooted in the fact that Dalits had voted overwhelmingly for the BJP in 2014 and felt that they had been let down yet again. The verdict was out when Jignesh Mevani, who rose to prominence as a young Dalit leader after four people belonging to lower caste were flogged in Gujarat’s Una for skinning a dead cow in 2016 by gau rakshaks, won the Gujarat Assembly elections as an Independent candidate from Vadgam constituency in December 2017. Mevani had secured a landslide victory with 95,497 votes in a constituency that has 16.2 percent SCs and 2.5 percent STs.

Also, the arc of the Dalit stir’s impact was believed to be limited to the Hindi heartland. However, the Bhima Koregaon incident has proved that there is little truth to it.

The victory marked the rise of Dalits politically and showed that if other castes sided with the former, the combine could well turn out to be a winning formula for whoever it favoured. The time to woo Dalits had expired. Meanwhile, in Pune, the newly-elected legislator from Vadgam was asked to address the gathering at Bhima Koregaon, lending a political colour to the event that was otherwise viewed as innocuous and had been taking place every other year. Almost 50 percent of Maharashtra’s population comprises of Marathas. No political party, whether saffron or not, can ignore the community’s heft. The massive, silent display of solidarity by the Marathas last year could have been prompted by the rape of a Maratha girl allegedly by three Dalit men, but the sentiment was underpinned by a deeper resentment towards the lower caste which the upper caste thought and continues to think has done well for itself because of reservation.

Also, there is a feeling that the SC/ ST Act for prevention of atrocities against Dalits is often misused and has served to embolden the untouchables. Therefore, with eyes set firmly on the 2019 elections, the local Right- wing leaders saw more wisdom in further deepening the already existing faultlines between Marathas and Dalits. It might lead one to believe that Marathas have empathised with the BJP’s ideology. However, that’s not true. Since its formation in 1960, Maharashtra had never had a government that was not headed by the Congress in the state legislature until 2014. The warrior community had traditionally backed the Congress-NCP combine and was well represented in the bureaucratic service and the state and Central government. The dent in the Congress-NCP vote bank primarily happened for two reasons: the Maratha community was demanding reservation in education and employment and categorisation as OBC and several individual leaders had pledged allegiance to the Hindutva ideology, making it easier for the BJP to make inroads. Resultantly, the BJP and the Shiv Sena (which had anointed itself as the rightful heir to Shivaji’s legacy) managed to wrest several seats from the Congress and the NCP stronghold in the 2014 elections.

It’s worth looking back at the precursor to the Saharanpur riots: the Valmiki community in Shabbirpur village believed that Thakurs had begun resenting them more because of how an elderly man from the community had managed to be elected as a sarpanch on a general category seat. Mevani’s victory and the outburst of Dalit anger on the national horizon in various ways reinstate the aforementioned view.

The men who have been accused of allegedly fomenting trouble in Bhima Koregaon — Sambhaji Bhide and Milind Ekbote — are Hindutva ideologues who trace the origin of their political activism to either the RSS or the BJP. They have on previous occasions demanded a review of the SC/ST act, claiming that it is being misused by the lower caste. While Bhide is revered in Sangli as ‘Guruji’ and had received a special mention by Prime Minister Narendra Modi during a poll campaign speech in Sangli in 2014, Ekbote is a former corporator who won the Pune municipal elections on a BJP ticket. Using community figures to exploit the social rift between the two castes is not just good from the point of view of consolidating votes but also for challenging Dalits’ political rise. It is also significant that the incident has taken place at a time when the country is besotted with a monolithic definition of nationalism, crafted very carefully by those in power. Dalits’ annual pilgrimage to a site that stands as a sentinel to the victory of the British against an Indian army gains added meaning when one looks at it through the lens of nationalism, as it is understood today. It makes it easier for the saffron brigade to isolate the community and oppose, what in their view, would constitute an ‘appropriation’ of the patriotism debate.

The fact that Dalits are now talking back, refusing to buy the Hindutva agenda and demanding an end to years of oppression is obviously threatening the upper caste that would rather have the status quo continue than deal with politically influential Dalits. It’s worth looking back at the precursor to the Saharanpur riots: the Valmiki community in Shabbirpur village believed that Thakurs had begun resenting them more because of how an elderly man from the community had managed to be elected as a sarpanch on a general category seat. Mevani’s victory and the outburst of Dalit anger on the national horizon in various ways reinstate the aforementioned view. It has forced the upper caste to look for ways to consolidate the caste hierarchy and has served as a shot in the arm for the lower caste which has begun to assert itself more and more in recent times, heralding the beginning of a political movement of the oppressed against the oppressors. 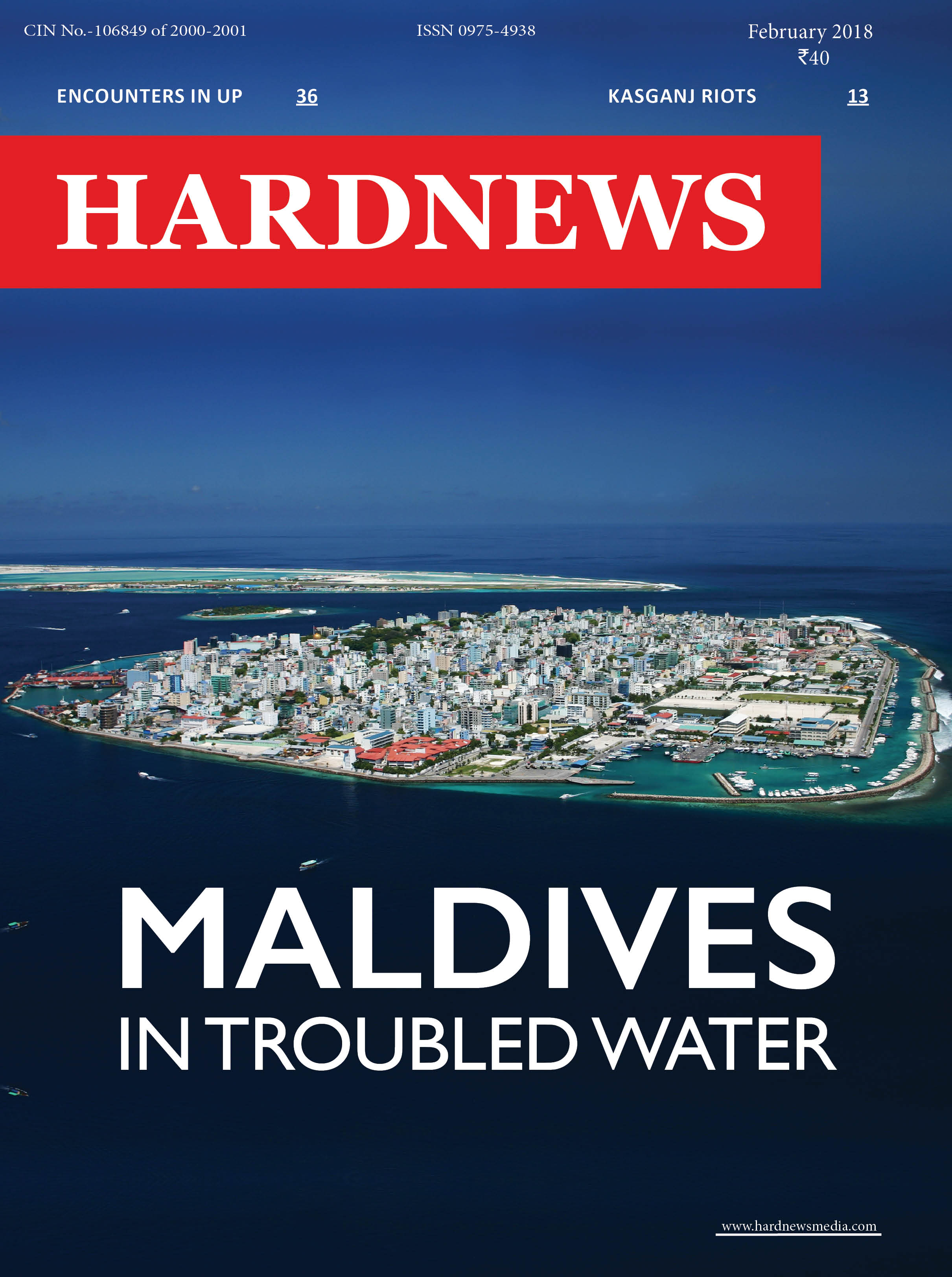