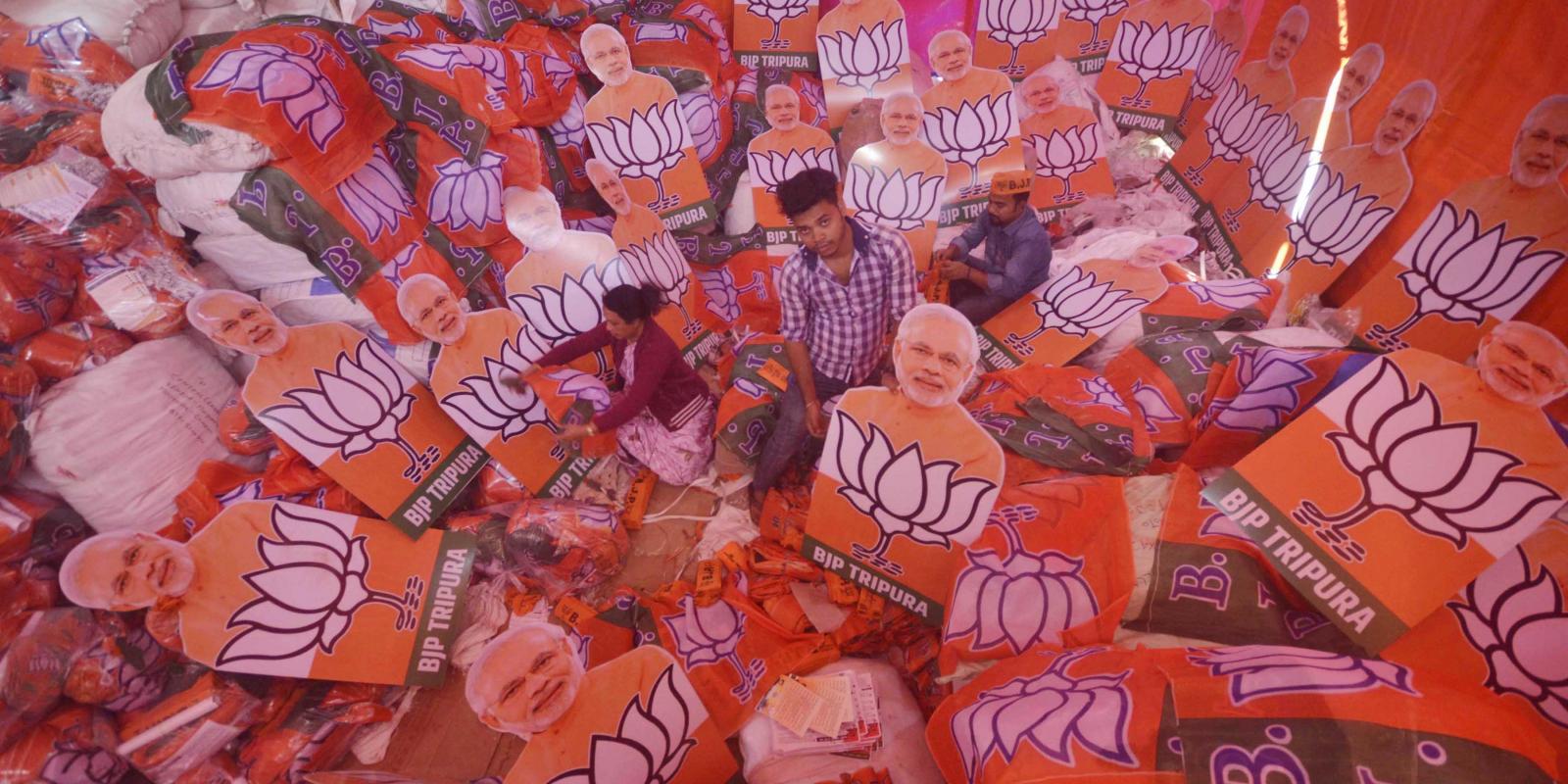 With the BJP preparing aggressively to make an entry into Tripura, CPM general secretary and Politburo member Sitaram Yechury has trained his guns on the Central government and is picking out figures from the Hindu mythology — Ashwamedha horse and victory chariot — to attack the Bharatiya Janata Party (BJP) and prevent it from dealing a blow to its stronghold that has been with the CPM for 25 years. Yechury has asserted that the BJP’s victory chariot and the glory of Prime Minister Narendra Modi and BJP president Amit Shah will retreat in Tripura.

Yechury addressed two rallies for Left front candidates, one each in south Tripura and Khowai district in the last two days, and alleged that the BJP has allowed the rich and big corporates to monopolise the amenities of the common people. “The Left front not only brought back the democratic abeyance in Tripura, but also educated the common people to judge between good and bad. The Left front rule of Tripura set an example in the country how a pro-people government functions with the mass support and there is no chance of change in power,” Yechury told the media.

Addressing the voters at Jolaibari and Khowai, the CPM president said that the symbol of hammer and sickle has the credibility to face the BJP’s so-called horse of Ashwamedha (the recent winning streak) and the red flag has always symbolised the people of the lower section, he asserted. Criticising the alliance of IPFT and BJP and taking a jibe at the recent protests against the release of Padmavat, he said, “The BJP is a party who does not care about the crying needs of people but they are often found protesting against cinema release, which people of Tripura don’t like.”

Yechury claimed that only one percent people of our country share the 73 percent GDP which clearly projects the two distinguished parts of society, one of which he termed ‘Chamakta Bharat’ and the other ‘Tarasta Bharat.’ He termed the situation an undeclared emergency compared it to the Emergency imposed by former Prime Minister Indira Gandhi.

Paying tributes to the peace, stability, and development work in Tripura under the Left front government, Yechury attacked the BJP-led Central government for its many alleged acts of omission and commission. “Modi is enriching the corporate and pauperizing the poor through his hyper-capitalist policies and programmes; he also made many tall promises but has not kept a single one of them,” he said. The senior leader referred to the problem of unemployment in the country and said that the PM was drawing traction from the fact that many people were earning their bread and butter by selling ‘pakodas’.

“What about his promises on unearthing black money and bringing bank huge amounts of money stashed abroad by big capitalists,” asked Yechury. He also expressed grave concern over growing communalism in the country on religious lines, agrarian crisis reflected in increasing farmer suicides and oppression of Dalits.

The scathing speech came on the same day when the BJP announced that at least 40 BJP leaders, including Modi, Shah and Union Minister Smriti Irani, are going to camp in Tripura for the next two weeks. Buoyed by its recent winning streak, the BJP is now looking to make inroads into Tripura and capitalize on the anti-incumbency created by the 25-year-long CPM rule. In the 2013 Assembly elections, the party had just won 1.53 percent votes.

This time around, the BJP has formed an alliance with the Indigenous People’s Front of Tripura (IPFT). However, the alliance has created ripples within the indigenous political outfit over sharing of seats, prompting its women’s wing to break away from the main party. As per the BJP’s seat-sharing formula, IPFT was to contest nine seats out of the total 60. The women’s wing wanted the parent party to allot one of the nine seats to a woman candidate but the demand was turned down. The Indigenous Women’s Front of Tripura (IWFT) announced on January 28 that it was severing links with the main party and fielding women candidates in 20 constituencies. The IWFT president, Sandhyarani Debbarma, had also heaped praises on the CPM for fielding seven women candidates.

The BJP’s poll arithmetic has received flak from the Opposition for pitting tribals against Bengalis in the state. However, the party’s efforts to gain a foothold in Tripura coupled with its recent winning streak has created an image of a stronger opponent in comparison to the Congress which is embroiled in infighting. The Congress has won twice in the state and has been the main Opposition party for the past 25 years. But the party now seems to be in disarray with erstwhile Tripura King and Congress state chief Maharaja Kirit Pradyot Deb Barman Manikya threatening to resign. The royal family members have been Congress loyalists for decades but with resentment growing amidst them, the BJP is trying to woo them into its fold.