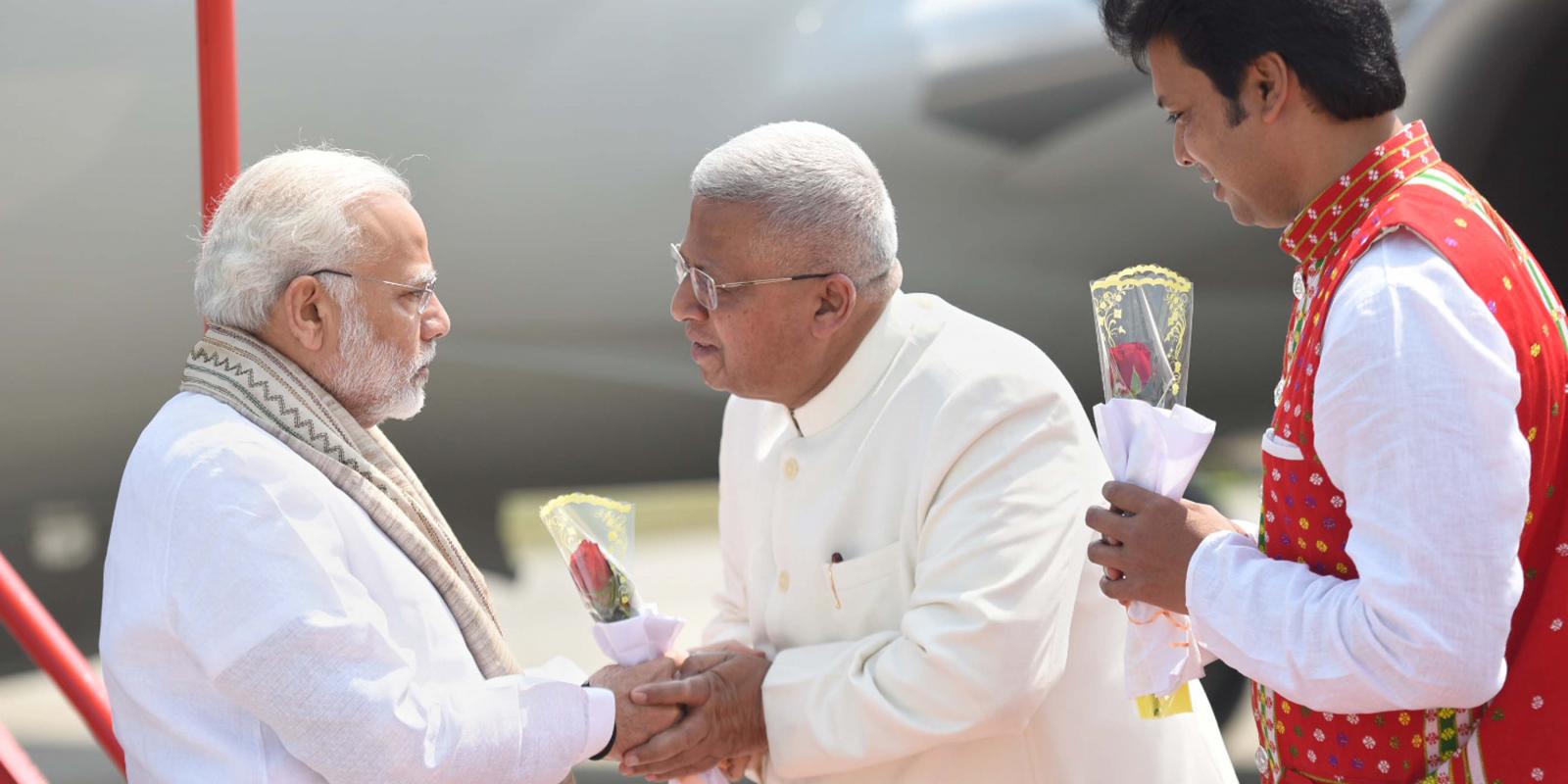 The first BJP-IPFT government assumed power in Tripura on Friday as 48-year old Biplab Kumar Deb was sworn in as the new Tripura Chief Minister. Governor Tathagata Roy administered the oath of office and secrecy to Biplab Deb at Assam Rifles Ground adjacent to Raj Bhawan.

The transition of power would mark the end of the 25 years of uninterrupted Communists' rule in Tripura. Issues related to basic governance, development, creation of infrastructures and job creation figured prominently during the campaign that concluded last month with the Assembly polls.

Chief Minister designate Biplab Kumar Deb, who was elected from Banamalipur Assembly segment in Agartala, offered puja in all important temples of the state in the past two days along with his wife Niti Deb, son Aryan and daughter Shreya.

This year's electoral battle -- billed as the first direct electoral contest between the Right-wing BJP and the Communists -- the BJP-led coalition registered a thumping victory over the Left by winning 35 and eight seats.
The CPI(M) strength nosedived to 16 in the 60-member House. For BJP, it was a dream come true and a fairytale-like success as the vote share shot up to 43 percent from little over one percent five years back in 2013. Together with IPFT, the saffron alliance polled 50.5 percent of votes, which was more than what the CPM had polled in the previous Assembly elections (42.7 percent).

The win was hailed by Prime Minister Modi as historic and as a victory of the saffron party's ideology against the Communists.

BJP leader and Union Law Minister Ravi Shankar Prasad said in Delhi earlier this week that the results of Tripura, Nagaland, and Meghalaya would mark a significant and "tectonic shift" in the politics of India. A BJP-NDPP alliance headed by Neiphiu Rio took charge of governance on Thursday, while NPP-leader Conrad Sangma and council of ministers were sworn in on March 6 in Meghalaya.

BJP's Tribal face Jishnu Deb Barma is the new Deputy Chief Minister in a state where tribals have from time to time demanded a separate homeland for themselves.