Loan waiver can only function as a quick fix solution: Vijoo Krishnan 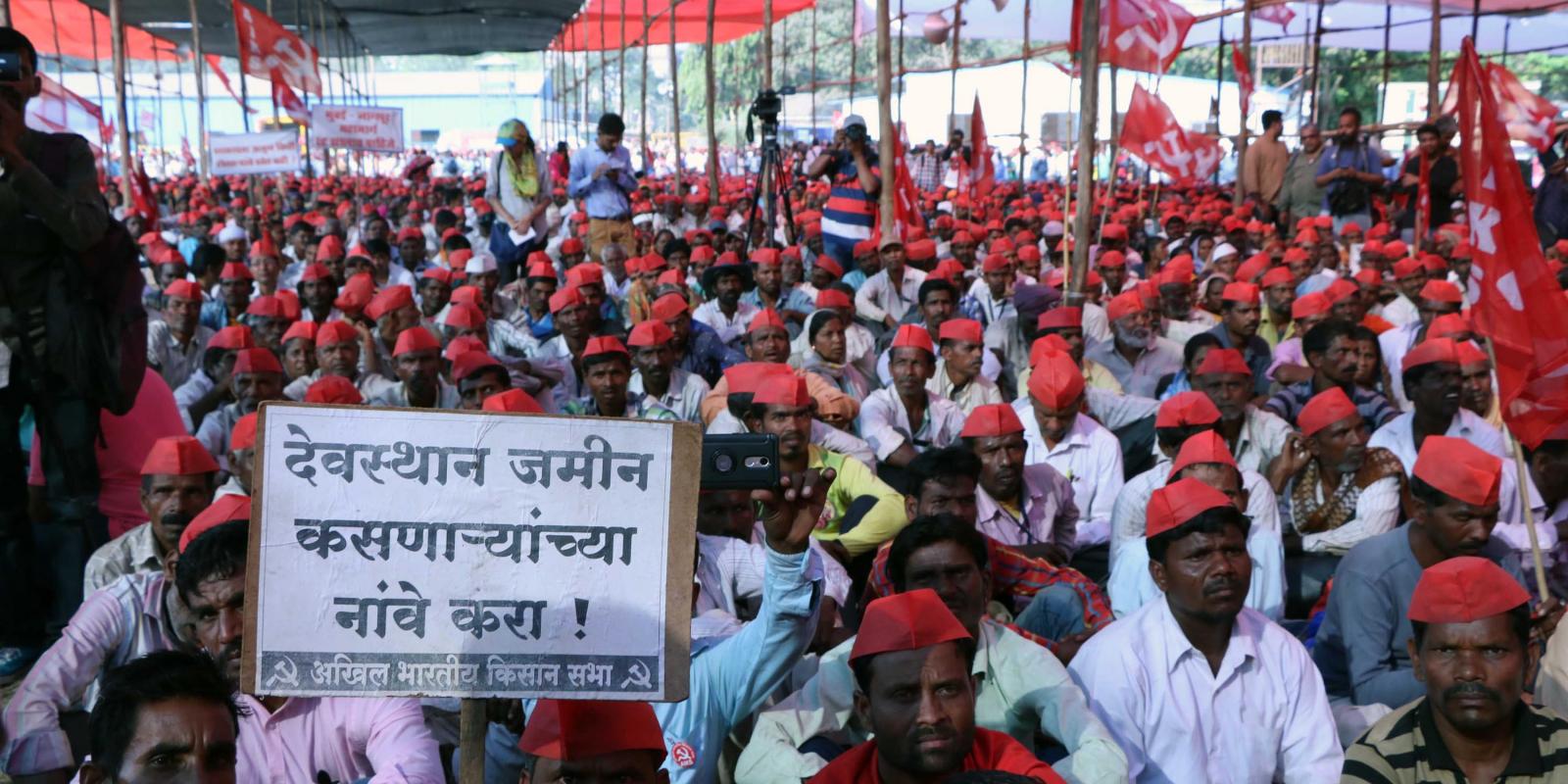 A day after the Maharashtra government conceded to “most” of the demands made by farmers protesting under the banner of CPM’s All India Kisan Sabha (AIKS), its joint secretary Vijoo Krishnan has said that at a time when the agrarian crisis remains severe in its impact on the farming community, loan waiver can only function as a quick fix solution. “At the heart of the matter are the agricultural policies that were introduced in 1991-92 and have been endorsed by both the Congress and the BJP. Unless the neo-liberal policies are dumped and the state invests more in agriculture, the crisis will keep erupting again and again,” he asserted.

While pointing out that at least four lakh farmers have been forced to commit suicide in the last 25 years, Krishnan said, “In the entire history of mankind, you will not be able to find a precedent to this, where such a large number of people from a section of society have been forced to commit suicide. And the crisis has only intensified with this man (Narendra Modi) coming to power. He promised ‘Acche din’ to farmers and the implementation of Swaminathan committee recommendations. His manifesto was like a wishlist for farmers. But he has gone back on everything.”

According to Krishnan, since the BJP government has made several promises to farmers in the past but has failed to fulfil them, the AIKS is resorting to a wait and watch approach with respect to the promises made by the Maharashtra government. “We are going to remain vigilant. We are going to watch how they are going to implement it,” he said.

“And the crisis has only intensified with this man (Narendra Modi) coming to power. He promised ‘Acche din’ to farmers and the implementation of Swaminathan committee recommendations. His manifesto was like a wishlist for farmers. But he has gone back on everything.”

On being asked about the pace at which the state government moved to placate agitating farmers and the unanimous support showered on the movement by the Opposition, Krishnan said, “Support poured in from various sections of society, not just politicians. People from the middle class, legal experts, academicians, activists and film stars had called up and lent their support to the agitation. But that is because they had been forced to do so by the sheer show of strength and the public opinion it generated. Just a day before the farmers reached Mumbai, Poonam Mahajan had said that it is not a protest led by farmers but by urban Maoists. And a day later, their ministers saluted our movement and were forced to give in to our demands.”

Even as farmers, who had travelled 180 km from Nashik to Mumbai on foot to press for loan waivers and fair price for farm produce, implementation of the Swaminathan Commission’s recommendations on minimum support price, and transfer of land ownership under Forest Rights Act, went back home, the Left-affiliated farmer group is continuing its agitation in other parts of the country. A rally is scheduled to take place in Lucknow on March 15 and another one in Himachal Pradesh on April 3.

Meanwhile, in Maharashtra, a steering committee of around 40 farmer organisations has chalked out a plan to keep up the pressure on the BJP government, with a hunger strike on March 19 to mark the anniversary of the first recorded farmer suicide in Maharashtra and a Jail Bharo Andolan on April 30, the eve of Maharashtra Day. The AIKS has said that it will lend support to the agitations planned if the group feels that it raises genuine issues pertaining to farmers’ interest.