Nepali women still do not have equal status 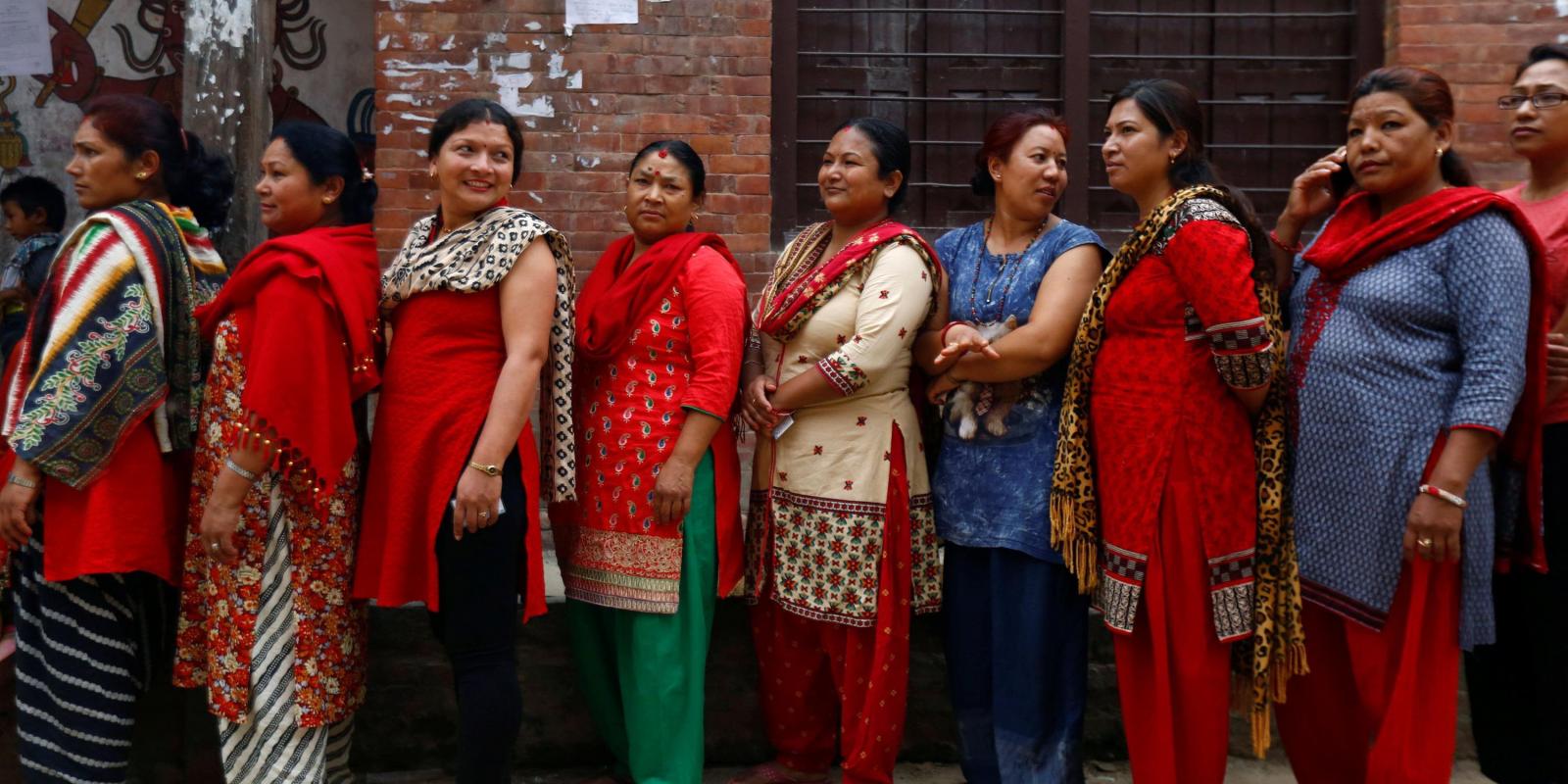 Top of FormBetween October 2015 and June 2016, Nepal received its first women in powerful positions — the President, the Speaker of Parliament, and the Chief Justice of the Supreme Court; however, the women in the country still do not have equal status.

The new constitution of Nepal has reserved 33 per cent seats for women in federal and provincial parliaments. The results of local elections also brought a resurgence in the number of women leaders in politics and governance, electing over 14,000 women leaders throughout the country. However, Nepali women largely still do not have equal status as their male counterparts. There is still a double standard while claiming citizenship by birth through mothers versus it being done through fathers. Disparities among Nepali women in health and education outcomes further paint a gloomy picture

According to a special report by Pratik Chhetri and Neha Malla in The Himalayan Times, the adult female literacy rate in Nepal is just 49 percent while that for Nepali men is 72 percent. About 28 percent of Nepali women are reported to have faced sexual and gender-based violence (SGBV). The maternal mortality rate (MMR) of Nepali women is 258 per 100,000 live births—quite high compared to neighbouring India’s 174. Abortion was legalised in 2002, and yet the most recent study in Nepal found out that nearly 60 percent of all abortions that occurred were clandestine, thereby increasing risks to women’s mortality and morbidity.
These are clear indications for the need of a great deal of progress in reducing gender-based disparities. Overall, the 2016 Global Gender Inequality Index (GII) list produced by the United Nations Development Programme (UNDP) ranks Nepal 144th among 188 countries reported.

"We believe that the answer to these issues lies in the 2014 Nepal Human Development Report published by the government of Nepal and the UNDP. The report used the Human Development Index (HDI) values to represent the state of human development in various districts, and other geographically distinguished regions of Nepal."We turned to the 2016 global reports on HDI and GII published by the UNDP, and not surprisingly, found those indices too have a clear linear relationship, such that less developed regions have higher gender inequality," the special report said.

HDI values and GII are separately calculated for each province as well Provinces 6, 7, 2 and 5 have HDI values less than 0.449. The HDI value and GII for Province 6 are 0.412 and 0.68092; for Province 7, they are 0.4158 and 0.676778; for Province 2, they are 0.4216 and 0.670456; and for Province 5, the HDI and GII values are 0.4612 and 0.627292 respectively. For Provinces 3, 1 and 4, the HDI and GII values are 0.496 and 0.58936; 0.4996 and 0.585436; and 0.513 and 0.57083 respectively. The HDI values have been obtained by adding 1.13 to the product of GII value and -1.09. This list can be used as an estimation of gender inequality in these districts. Based on these calculations and estimations, it can be suggested that the newly formed governments should prioritise gender equality measures in these districts and geographical regions.
According to the report, Provinces 6, 7, 2 and 5 should be on the priority list for the federal government, given their higher estimated gender inequality index values, compared to the rest of the other provinces. This is also consistent with the recommendations provided by the 2018 Multidimensional Poverty (MPI) report recently published by the National Planning Commission Nepal.The districts with the lowest HDI values, hence the lowest estimated GII values, in each of the provinces are Okhaldhunga (Province 1), Rautahat (Province 2), Sindhuli (Province 3), Baglung (Province 4), Rolpa (Province 5), Kalikot (Province 6), and Bajura (Province 7).

It can be argued that each of the newly formed provincial governments should prioritise their gender equality measures and interventions in the districts with lowest estimated GII values. Additionally, respective provinces should also put all the 26 districts on their high priority list for gender equality measures.We believe these newly formed decentralised government structures will consider women empowerment a priority in increasing Nepal’s overall human development. It can be done by implementing fair and inclusive and evidence-driven policies. Human life is sacred. Poverty, oppression and illiteracy, however, are not sacred and can be changed with evidence-based policies.

Let us remember that women’s lives are not only sacred but equal to those of men. So we must give them equal opportunity. Women’s Day should be a reminder of the fact that we need to work every day, around the year, to give equal opportunity to women.
UNI