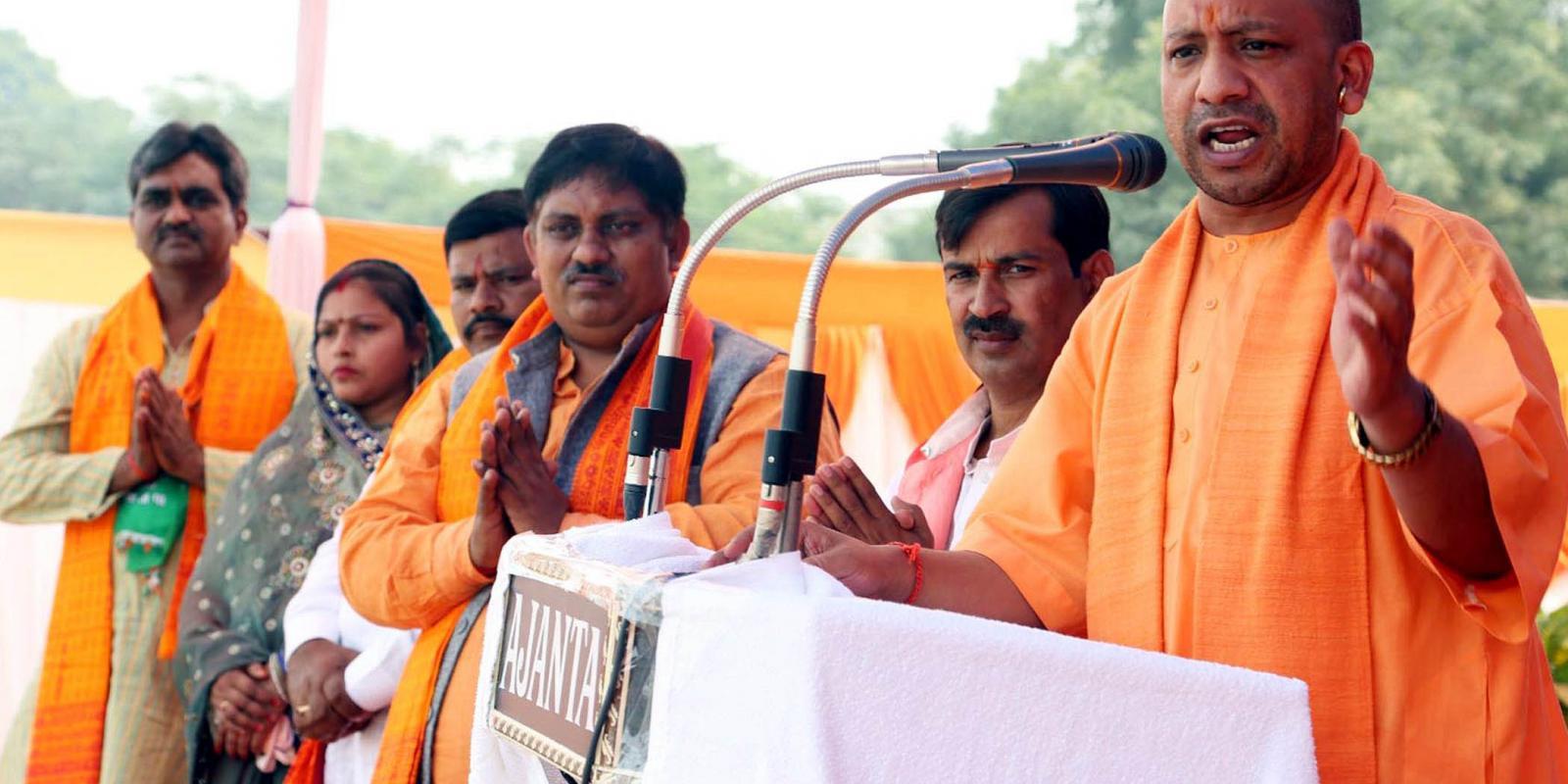 If the Opposition gets to repeat Gorakphpur and Phulpur in Kairana, it will give a further push to its unity and efforts to stitch up a formidable alliance against the BJP in the 2019 general elections.

The stage is set for the crucial Kairana Lok Sabha and Noorpur Assembly bypolls in Uttar Pradesh on May 28, with both the places witnessing a direct contest between the ruling BJP and the united Opposition.
After the defeat of the BJP in Gorakhpur and Phulpur Lok Sabha bypolls in March, the two bypolls have become a matter of prestige for the BJP as well as for Chief Minister Yogi Adityanath, who was the only prominent politician campaigning at both the places. Kairana and Noorpur results will, obviously, set the tone for the 2019 Lok Sabha elections.
Interestingly, the Opposition in its attempt to prevent communal polarisation of the bypolls, which can benefit the BJP, has not engaged any prominent leader for campaigning in both the places. Besides it has kept the campaign very low-key. Even after the Rashtriya Lok Dal (RLD) decided to contest from Kairana, their leaders made minimum election meetings.
Surprisingly, the Samajwadi Party which is contesting the Noorpur Assembly seat as a united Opposition, also refused to let their senior leaders campaign and even party president Akhilesh Yadav did not attend any election meeting.
The by-election to Kairana Lok Sabha and Noorpur Assembly seat have been necessitated due to the death of sitting BJP members Hukum Singh and Lokendra Singh Chauhan, respectively from the two seats. The BJP, losing no chance to garner sympathy votes, has fielded Mriganka Singh, daughter of Hukum Singh, from Kairana and Avni Singh, widow of Lokendra Singh Chauhan, from Noorpur seat.
While polling in both the seats would be held on May 28 between 0700 hrs and 1800 hrs, the counting of votes would take place on May 31. Campaigning for the bypolls would end on Saturday evening.
After the resounding success of Gorakhpur and Phulpur, regional parties of UP (SP, BSP and RLD) have once again joined hands against the BJP. While Kairana Lok Sabha constituency has been given to RLD, Noorpur (in Bijnore district) Assembly constituency has fallen into the kitty of the SP.
In Kairana, there are 12 candidates in the fray but practically there are 11, as a Lok Dal candidate Kanwar Hasan has withdrawn his candidature in favour of RLD candidate Tabassum Hasan, his sister-in-law, giving a big jolt to the BJP at the last moment.
Hassan has been fielded as a common Opposition candidate to take on BJP’s Mriganka Singh. Tabassum is basically a Samajwadi Party leader contesting on the ticket of Rashirtiya Lok Dal (RLD) as the party is supposed to enjoy a better clout in the Jat-dominated constituency. Notably, Tabassum has been a BSP MP from Kairana in 2009-14 who later joined the SP.
Meanwhile, the SP has fielded Naim-ul-Hassan in Noorpur as the joint Opposition candidate. The BSP, who had announced that it would not take part in any bypoll till 2019 LS polls in the aftermath of the Rajya Sabha defeat on March 23, is not in direct fray but has assured all support in garnering vote for the joint Opposition candidates.
In Noorpur Assembly seat, there are 10 candidates in the fray but the contest will be directly between the BJP and the SP. Similarly, Congress too has not fielded any candidate and has extended support to RLD and SP candidates despite having a prominent presence in the area. Moreover, Aaam Admi Party has also joined the Opposition bandwagon to stop the BJP from winning back the seats.
In fact, RLD, at present, has zero presence in both Lok Sabha and UP Assembly, while the SP has 7 members in the Lower House of Parliament and 47 in UP Assembly.
If the Opposition gets to repeat Gorakphpur and Phulpur in Kairana, it will give a further push to its unity and efforts to stitch up a formidable alliance against the BJP in the 2019 general elections.
CM Yogi Adityanath, on the other hand, is leading the campaign from the front and has addressed two meetings in Kairana and one in Noorpur. In a bid to repeat 2014, the CM is mincing no words in raking up the 2013 Muzaffarnagar riots and migration issues again to attack rival Samajwadi Party.
In 2014, the BJP won Kairana by raking up the issue of migration of around 350 Hindu families in the aftermath of the 2013 communal clashes. The party had woven its narrative around the alleged appeasement of minorities and exploitation of Hindus. Adityanath, the then star campaigner, had exhorted the electorate “to save Kairana from becoming another Kashmir.”
Kairana is set to again witness a keen political battle as united Muslim votes and the Jat vote bank decide the fate. It has around 16 lakh voters, including 5 lakhs Muslims, 2 lakhs Jats and 2 lakh Dalits. Around 5 lakh votes of the OBCs could also be crucial in these bypolls.
But Prime Minister Narendra Modi’s public meeting in the adjoining Baghpat district on May 27 could be a turning point for the BJP. Opposition parties have opposed the PM’s rally but the Election Commission has refused to entertain them.