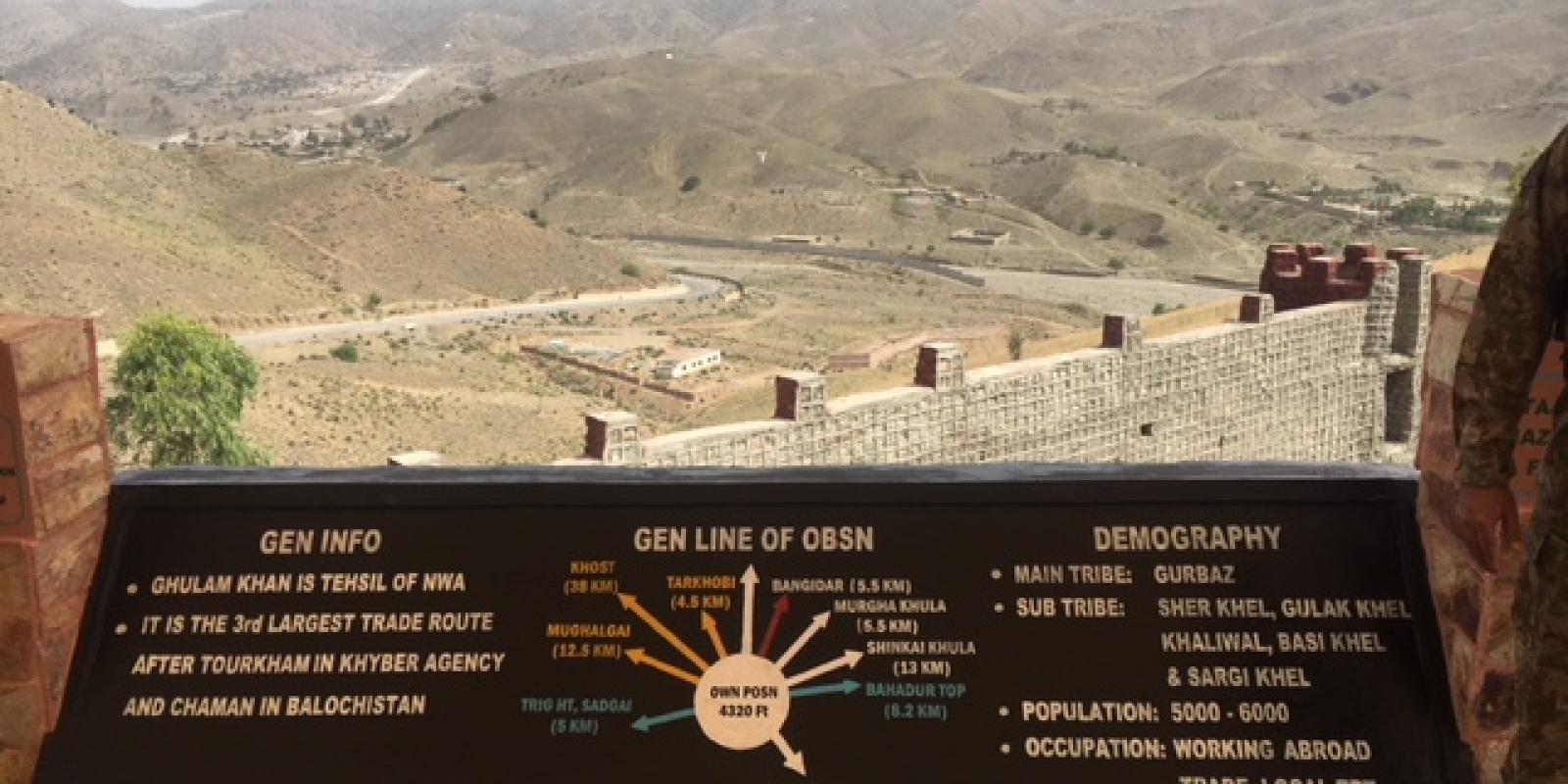 Former US President Barack Obama, in his attempts to give legitimacy to the US army’s merciless drone attacks against the Taliban, called Waziristan one of the most dangerous places in the world. Due to its treacherous landscape and the frequent suicide bombings and attacks by US armed drones and Pakistan army, it may have been very unsafe then, but now it looks different. With Pakistani flags lazily fluttering at mud forts and hill tops in parts of North Waziristan, the depopulated barren spaces suggests a mediaeval battle ground where the guns have fallen silent and the army has retired to its barracks.

From Pakistan army’s Mi27 helicopter (perhaps at an altitude of 5,000 feet), which ferried a group of South Asian journalists to FATA (Federally Administered Tribal Region) last month to show how it has successfully concluded anti-terror operations, it was still possible to gauge the ferocity of the battle that took place in this parched and inhospitable terrain: most of the houses were roofless (I got to know the reason later) and there were just no people in sight. Even when the chopper landed at the Ghulam Khan Fort after taking a full chukkar (round), there was just no one to even stare at the sky to see its landing — a usual practice in the villages of South Asia. There was only Pakistan army soldiers who greeted the visitors by shouting: “Pakistan Zindabad. Narai Tadbeer.”

The briefing site of the Ghulam Khan fort was stunning in many ways. One had to just sit there and soak up the history of invasions, wars, and great ambitions by just staring at the phenomenal geography of the place. Afghanistan is a few kilometers away from here and then there are long winding roads beyond the hills that lead to Central Asia. Partition of the two countries have denied India these land routes to Afghanistan and Central Asia.

Ghulam Khan, considered to be the third most important pass, is now a trade terminal with Afghanistan. Former PM of Pakistan, Shahid Khaqan Abbasi, inaugurated this terminal in April. The briefing by Brigadier of Pakistan army is short, but underlines the importance of this historical pass and how the Pakistan government proposes to improve trade with Afghanistan as well as control the movement of militants from across the border. Islamabad is also fencing the border here, much to the annoyance of the government in Kabul, which never recognised the Durand line that separates the two countries. Therefore, a visit to Ghulam Khan is important to plot North Waziristan’s strategic importance on the map of Pakistan and how it serves to remind many of the contestation between the two countries on the issue of Durand line.

It is the town of Miram Shah that the Pakistan army wants to showcase to the visiting group of South Asian journalists, especially the ones from India. Pakistan’s Director General Inter Services Public/Press Relation (DGISPR), General Asif Ghafoor, in his briefing to the delegation had wondered why India makes so much about the Mumbai terror attack of 2008 when Pakistan had faced bigger threats to its sovereignty from terrorists. A visit to FATA in his reckoning will prove how successfully the Pakistani army had fought and won against the Taliban and the Haqqani network.

Background to the Battle

After the Taliban were ousted from Kabul in 2001, bulk of the Talibanis and foreign mercenaries began to converge in Miram Shah, which is the main city of North Waziristan. Media reports of that period suggest that suddenly this frontier town began to boom. Show rooms of second hand SUVs opened up with mercenaries from Central Asia flaunting big wads of money. Scared local people, who were forced to provide refuge to the Afghani Taliban, watched with trepidation as they lost control over their land and lives.

Initially, General Pervez Musharraf allowed the local Chieftains or Amirs to run their affairs, with the commitment that they would not provide refuge to the outsiders. At Durand Line, how could they control the Pashtuns living in Afghanistan and others who belonged to the Taliban? Expectedly, the US government leaned on a desperate Musharraf with a threat that either Pakistan sends its troops or they would. For the first time since the British Raj, Pakistan army entered Waziristan in the name of fighting Al Qaeda. It was a messy and bloody engagement in which there were no clear victors. Waziristan’s terrain of deserts, high mountains and forests provided ample protection to its hardy residents who used guerilla tactics to first hide and then hit at the Pakistan troops.

After Pakistan army flushed out the radicals from Islamabad’s Lal Masjid, the stand-off worsened. Most of them were radicals that were Pashtuns from Waziristan or Khyber Pakhtunwa. This was a bloody war between Pakistan Taliban, which was an assertion by tribal Islam led by a Mehsud, a Pashtun tribe and the army. The region was aerially bombed, but the Taliban could not be quelled and they continued to wreak havoc with the stability of the country. Scores of suicide bombings took place all over the country. Hundreds of Pashtuns were killed. The drone attacks from the US hurt this region grievously. The number of internally displaced people in Pakistan built in an avalanche when the army launched in 2014 an operation called Zarb-e-Azb or the cutting edge. The Pakistan army seems to have followed what British Viceroy Lord Curzon prescribed many years, but did not execute it. His view was that Waziristan cannot be stabilised “until the military steam-roller has passed over the country from end to end, will there be peace. But I do not want to be the person to start that machine.”

Zarb-e-Azb was that steamroller that Curzon recommended. More than a million Pashtuns left this region and dispersed all over the country. It is towns like Miran Shah and their traditional market and other buildings were destroyed in aerial bombing. Those who stayed back in this region were told to remove their roofs so that they could be subjected to surveillance by air. The entire city, to repeat Curzon, was steamrolled and now rebuilt in a manner that the refugees, who decide to return would find it difficult to recognize as their own.

Expectedly, Miram Shah seems like a ghost town. There were buildings, but no people. Army has built a new market, whose shops have not been allotted, but army spokesperson claimed that it would be done in the coming days. The army has built a swanky stadium, which is named after cricketer Younis Khan. Some matches have taken place in the past, but like many other buildings that have been built by the armed forces it looks undisturbed.  There is a large part of the city that is still devastated due to bombing and it will take some effort to put it together again. What will be hard to restore are the memories of a town that was once the epitome of the inventiveness and the free will of a hardy people.