Coalition, survival and the return of Jayant Chaudhary 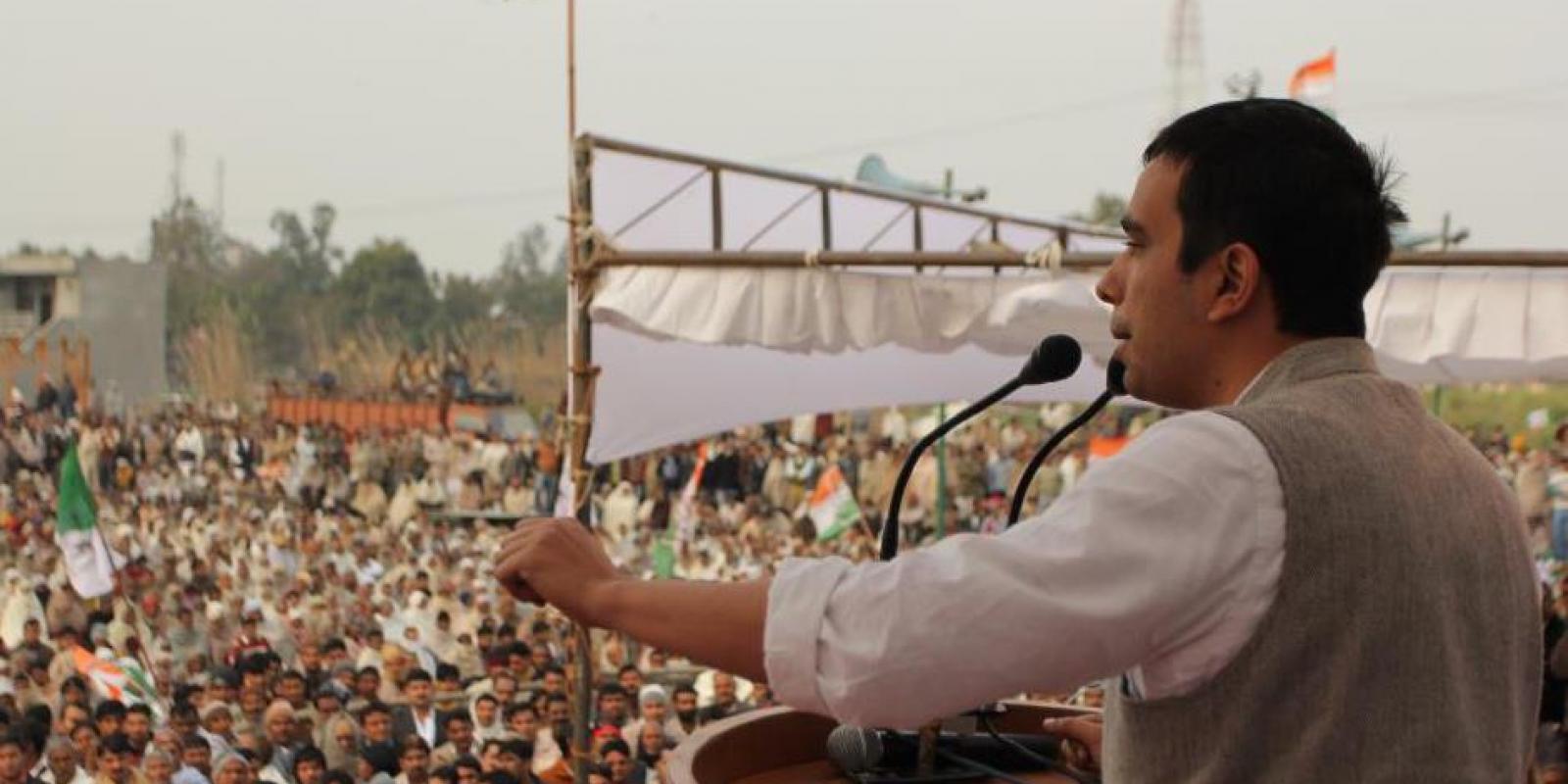 In the recent elections to the Parliamentary seat of Kairana, two things became evident. The first was the power of a coalition force in defeating the BJP electoral machine, and the second was the return of the RLD as a contender for the Jat vote

In a video posted from his last public meeting in the run up to the Kairana by poll, Jayant Chaudhary, the 39-year-old Vice-President of the Rashtriya Lok Dal (RLD), with tongue firmly in his cheek says:  “Yogiji doesn’t do much for the people of the state, so why does it bother him so much? What is the reason for his itch? To cure it, I’ve brought a little thing for him, I’ve brought an anti-itch cream.” He continues with a smirk, “This cream has sandalwood. As defeat is inevitable please apply this cream on your forehead — at least your head will
remain cool.”

And that’s what happened. On May 30, the Bharatiya Janata Party (BJP) received the third straight defeat from Uttar Pradesh, a state they swept both in the 2014 General Elections and the 2017 Assembly elections. The bypoll in Kairana was snatched from the hands of the BJP by the efforts of Jayant Chaudhary, a united Opposition and a simple question on the relevance of ganna (sugarcane) over Jinnah.

This win was very important for the RLD. Especially because it came after the party had witnessed back-to-back defeats that can scuttle the voter base and devastate the political future of any organisation. What was required for it to ‘come back to life’ was the political equivalent of defibrillation — a method used by paramedics to feed high-voltage electric shocks to resuscitate a heart back into beating. For the RLD, which until the Muzaffarnagar riots in 2013 was a force in western Uttar Pradesh, the Kairana bypoll was that shot in its arm.

Jayant’s turn in fortune began with a text message that he received from Akhilesh Yadav, the president of the Samajwadi Party, asking for a meeting. The deal brokered by the two leaders was essential in the defeat of the BJP. The decision to field Tabassum Hasan as the joint candidate was a masterstroke on the part of both the parties.

In the matter of a month, the political fortunes of the party and its leadership have rebounded. The party used to be a key player in the politics of the region earlier and would secure anywhere between eight and 14 seats to the Assembly elections. In the aftermath of the riots, the party patriarch Ajit Singh, who at the time was a Union Minister in the UPA, and his son Jayant, the sitting MP from Mathura, were barred from entering the region. The riots not only tore through the social fabric of the region, undoing the alliances built by Chaudhary Charan Singh, the father of Ajit, but also led to the desertion of Jats en masse, breaking the back of their core vote.

Jayant and his party decided to not hold many large rallies, instead, he focused on micro campaigning. In about a fortnight, he held over 140 small meetings and sabhas in the 125 villages that fall within the Kairana constituency. Jayant’s turn in fortune began with a text message that he received from Akhilesh Yadav, the president of the Samajwadi Party, asking for a meeting. The deal brokered by the two leaders was essential in the defeat of the BJP. The decision to field Tabassum Hasan as the joint candidate was a masterstroke on the part of both the parties. The problem of convincing the party workers, of both the parties, to canvass for a candidate they don’t know or relate with can be a tricky situation which usually foments discontent and rebellion within the ranks. Hasan, a Samajwadi Party member, but with strong family links to the RLD, suited the bill for both the parties.

Chaudhary took charge of the campaigning as Kairana has traditionally been his party’s turf. He told the sugarcane farmers of his constituency: “Look at how you have been misled. It’s time to come back home.” After the Muzaffarnagar anti-muslim riots, most of the RLD’s support base comprising of Jats had shifted to the BJP. His entreaties in the 2014 Parliament elections and later in the Assembly polls had fallen on deaf ears. In Kairana, he got a sympathetic response.

His tweet in the early days of the campaign set the agenda for the election. Jayant asked what will be the agenda of this election Jinnah or ganna (sugarcane)? Realising that the farmers of this Western UP district were more upset with the non-payment of arrears for their sugarcane crop and the restlessness amongst the minorities in the region, who feel insecure after the 2013 riots, lynching and encounters, and the Jinnah fiasco in Aligarh Muslim University, the agenda became straightforward: would you vote for communalism or would you vote in protest against the failure of the BJP?

There were nearly 750 crores worth of unpaid dues of the sugarcane farmers of Western UP. And it being the main issue, also according to him signals the return of Kisan politics. It is the farmer, their distress and anger that will be the core issue for the next
General Elections.

However, what the campaigning did was to send a message to people of his ilk — Jats — that they lost power as they broke up a traditional alliance with Muslims of this region. This message
went home.

In the 2017 Assembly elections, Jayant had put in a lot of hardwork and had tried to mobilise support for his party. The RLD won only one seat out of the 268 seats they contested. The post-election analysis suggested that the RLD’s caste-based politics was living beyond its expiry date.

In a media interview, he said, “The decision for Akhilesh to not campaign was strategic.” The combined Opposition wanted to keep their mudslinging to a minimum and not crowd the space and allow for the economic narrative to gain the ground over the communal issue. The RLD and Jayant had the experience of facing the drubbing in 2014 and then again in the 2017 elections where despite tall claims by many Jat leaders, their community which forms the backbone of the RLD’s vote base, left it unceremoniously. In Parliament elections, Jayant and his father Ajit ignominiously lost their seats.

In the 2017 Assembly elections, Jayant had put in a lot of hardwork and had tried to mobilise support for his party. The RLD won only one seat out of the 268 seats they contested. The post-election analysis suggested that the RLD’s caste-based politics was living beyond its expiry date. Jats' rapture with the Muslims just made them unwinnable in a political environment where the BJP was aggressively socially engineering the Hindu community by raising the fear of the other.

In an important analysis based on the data, it was shown that most of the communities vote for those candidates or parties that are ‘winnable’ rather than randomly voting for traditional parties or candidates who cannot win. This means that most of the Independents and smaller parties could get gobbled up when the elections are being fought in a presidential format. What the Kairana verdict has done is breathe life into the RLD, telling them at the same time that their salvation lies only in being part of a
mega-coalition.