Atal in his contradictions 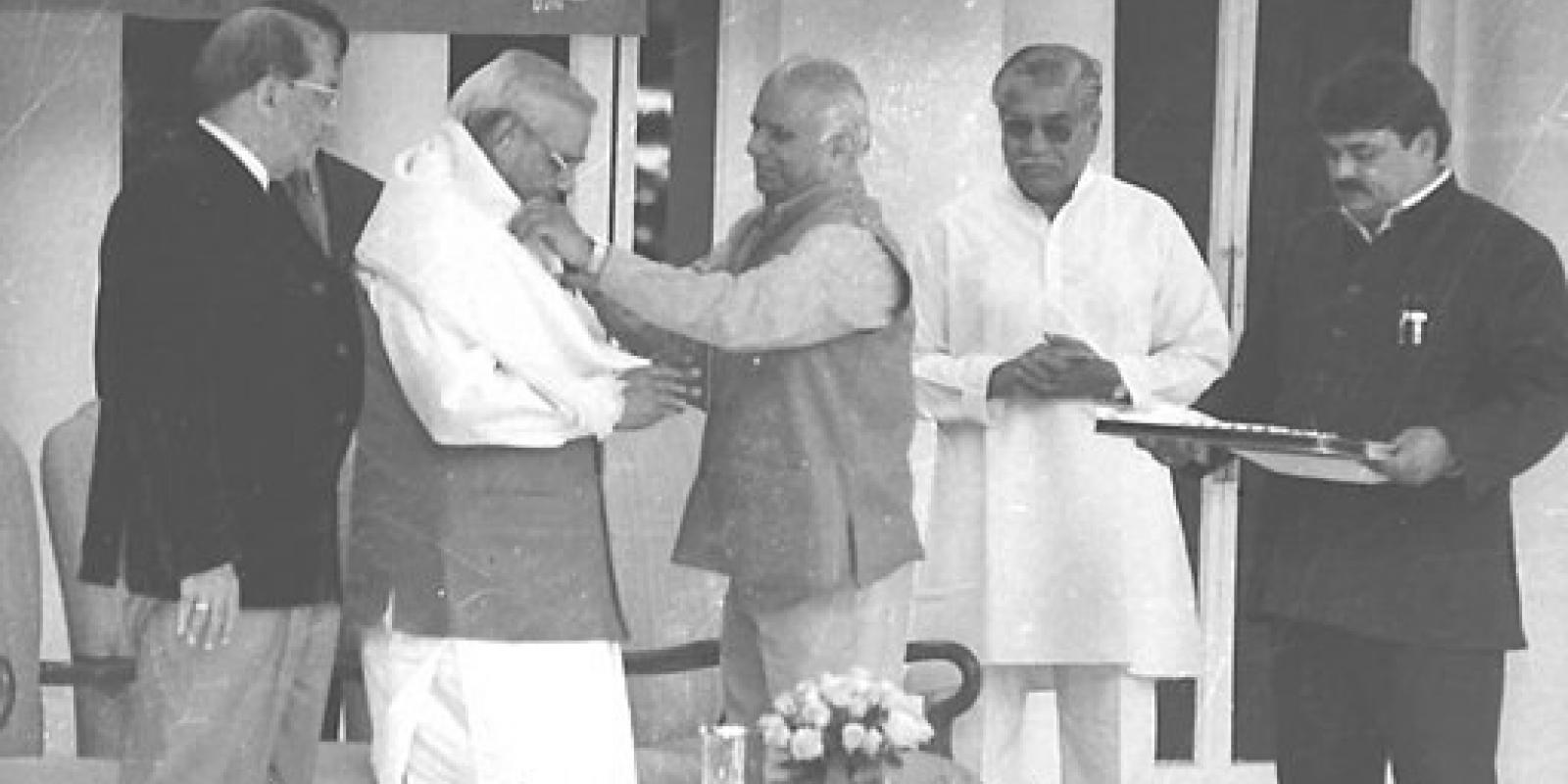 Earlier this month, relatives and close associates of former Prime Minister Atal Behari Vajpayee were told that they could come and meet him, as his days seemed numbered. Some of those who did meet him belonged to his former parliamentary constituency, Lucknow, returned convinced that life was slowly ebbing away from the former PM, a person who was considered the moderate face of the Bharatiya Janata Party. Vajpayee, 94, was officially declared dead at 5.03 pm on August 16.

Vajpayee spent the last three weeks of his life in the ICU of All Indian Institute of Medical Sciences (AIIMS). There is little clarity on when he lost consciousness, as no outsider in the past 10 years has no public recall of seeing him mentally or physically alert. Even when he received the Bharat Ratna in 2015, the official media released only still images of him sitting on a wheelchair. His full face not entirely revealed. For some years now, even when alive, Vajpayee had largely been forgotten as the present dispensation in power in Delhi, perhaps felt uncomfortable with any comparison with the way Vajpayee ran the first edition of the BJP government in Delhi. Unlike, Modi, who has made his hatred obvious for “ Lutyen's Delhi”, Vajpayee prospered in its indulgence. He was feted and celebrated for his love for poetry, good food and the company that he kept. Despite failings of his flesh, Vajpayee’s Teflon remained intact. This is the reason why Vajpayee’s death has been condoled by practically everyone- bizarrely by even those who suffered due to his hypocritical silence on the demolition of Babri Masjid in 1992 or genocidal Gujarat riots of 2002.

It is strange that Vajpayee is loved so much, even by those ideologically opposed to him, even when the difference between his views and that of Narendra Modi on minorities and the primacy that the Hindus should enjoy in independent India was basically a matter of emphasis. Vajpayee, whose youth was shaped by competing visions of what independent India should be- secular or a Hindu nation- allowed his public conduct to manifest this ambivalence.

This conflict played out with him from his early years. In an expose by late Bishan Kapoor in 1974 in the now defunct Bombay Tabloid, 'Blitz', Vajpayee, during the 1942 Quit India movement allegedly betrayed one of his friends, Kakua, to the British Police. This taint remained on Vajpayee, who at the time was only eighteen, and his legion of supporters in Delhi and elsewhere tried to show that he was very young and gullible at that time. Vajpayee in 1942, was only eighteen-years-old. Before the BJP came to power in 1998 for 13 days, his elevation was preceded by two major exercises, first, a planned photoshop of his alleged Quit India betrayal, and secondly, to show how the Indian industry was waiting for him to become the PM. The photoshopping of his embarrassing past was professionally reworked by some publications least expected to bail him out.

The government may not have lasted more than 13 days, but it projected Vajpayee as the tallest leader in the Indian politics who deserved another shot at the government. It was this phase that has been subjected to a close scrutiny after his death-  seen mostly now from the prism of Modi’s India. This misplaced comparison has allowed many of the writers and columnists to call him a Nehruvian, contra-distinct from Modi who has displayed trenchant hostility towards India’s first Prime Minister. The moot question is would it be fair to judge Vajpayee in the context of how Narendra Modi has interpreted India’s past?

Time and again, Vajpayee had been called a right man in the wrong party by many of his liberal admirers who have seen great merit in closing their eyes and years to many of his speeches in the parliament and outside. They have made light of the fact that he never left the Jan Sangh, whether it had a negligible parliamentary presence, or in its later avatar as Bharatiya Janata Party when it plummeted to 2 seats. Despite giving an impression of being a misfit, he defended the party at every step when Lal Krishna Advani was campaigning for Ram Mandir and establishment of Hindu Rashtra. He looked the other way when the riots closely followed the rath yatra. Those who watched Vajpayee as a full-time job in those days, always insisted that the former PM spoke a different language when he was away from New Delhi in the boondocks of UP and Madhya Pradesh. Clearly, he was not embarrassed of the views that he articulated- depending on the audience.

Long years ago, when this writer was working with The Blitz, Vajpayee gave an interview after considerable persuasion. In his interview, he made it clear that if the Muslims decided to vote as a bloc then there would be a reaction and the Hindus would also polarize. A few days later, Vajpayee called up to inform that his bête noire, Subramanium Swamy, had used his interview to The Blitz to lodge a complaint with Election Commission claiming that “he had threatened the Muslims”. Later, he called up to inform that the issue had been settled. The purpose of revisiting this incident was to show that there was no real difference between Vajpayee and those who belonged to his party or the extended Sangh Parivar when it came to dealing with the minorities. Gobindacharya, a party ideologue, who was rubbed on the wrong side by Vajpayee, called him a “mukhota” or mask suggesting that he was not what he made himself out to be.

Delhi’s ruling elite was comfortable with his oft-spoken and furiously quoted hypocrisy, as it gave many commentators to play on the so-called contradictions that existed between Advani and him and also the Sangh Parivar. Millions of words were written during his political life commenting between how Vajpayee “disagreed” with Advani or the Sangh. The fact is that it was all wonderfully choreographed to earn support and legitimacy for a party that was struggling to remain relevant in secular India.

His actions proved that there was no contradiction or disagreement with either Advani or the Sangh. They were members of one happy family who worked together to take the party from one level to another. Vajpayee always stood alongside his partymen or Swayamsevaks whether it was after the demolition of Babri Masjid in 1992 or during the Gujarat riots of 2002.

In this way, Vajpayee helped in normalizing voting for a Hindu nationalist party, which was backed by Rashtriya Swayam Sevak (RSS) an organization banned after the assassination of Mahatma Gandhi and during the internal Emergency in 1977. He had journalists and columnists eating out of his hands as he gave them access and allowed them to accompany him on unending foreign visits. Some of his trips abroad were far longer than they should have been. It was during his term that India got closer to the US- despite riling Washington over testing the nuclear bomb in 1998. He allowed US President Bill Clinton to take the credit in Indian parliament for getting the Pakistani army to back off from Kargil heights and saving the country from a nuclear war.

Besides, Vajpayee would also be remembered long for initiating peace process with Pakistan, but also bringing the country so close to a war.

In his death, the country is re-discovering a man whose cultivated contradictions were seen as a virtue when compared with the attitude exhibited by his ideological successors.