Sri Lanka: An insecure President Maithripala Sirisena destabilizes himself and the country 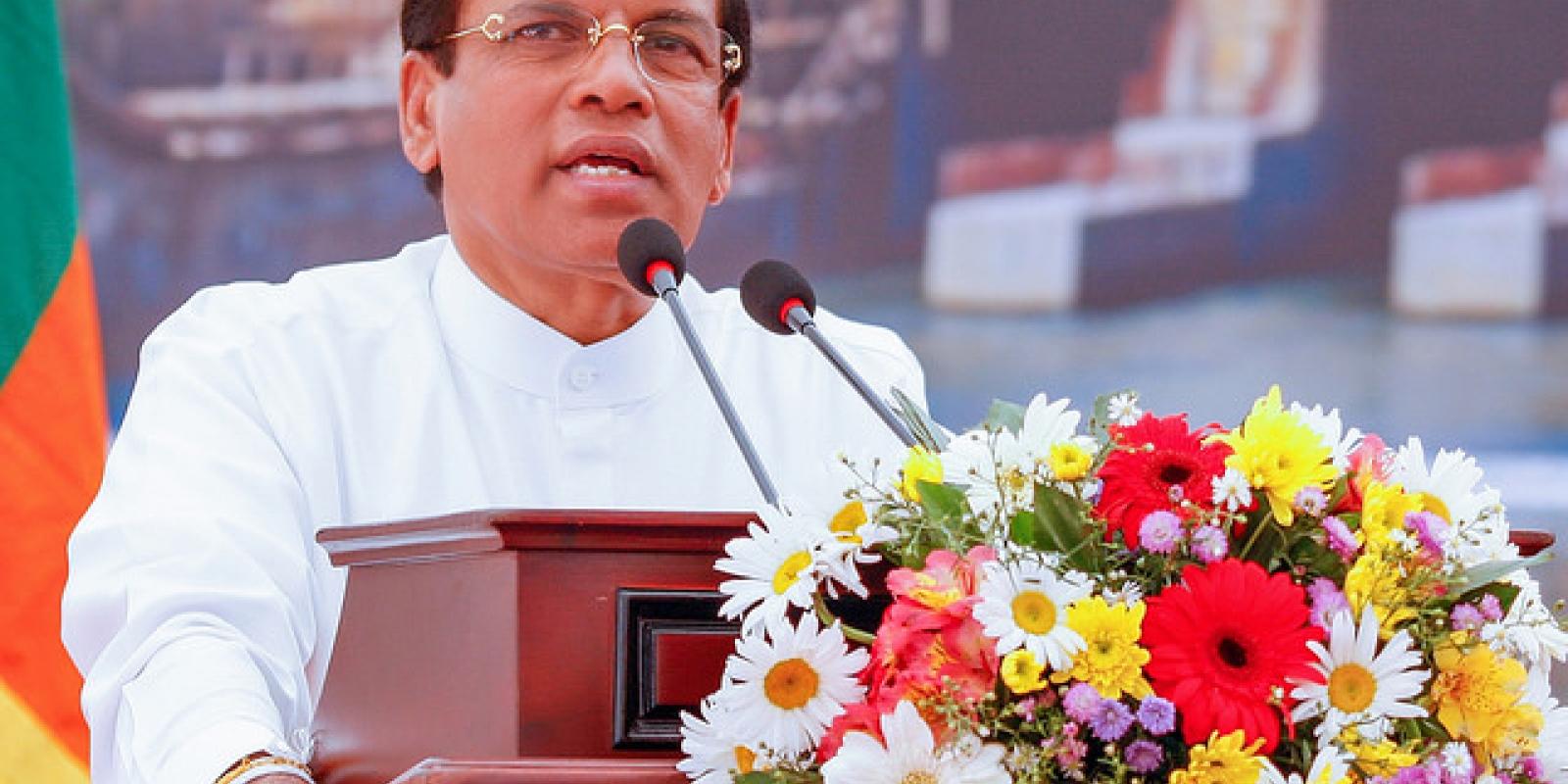 Wickremesinghe has refused to vacate his position arguing that under the amended constitution Sirisena has no authority to sack him and that he has to be defeated in Parliament to resign.

There were clear signs that the Government, which had brought the two perennial rivals: Wickremesinghe’s United National Party (UNP) and Sirisena’s fractured Sri Lanka Freedom party (SLFP), was in serious trouble and was closing in on becoming completely dysfunctional in the ten days or so before the dramatic announcement on October 26.

Disagreements between the UNP and the Sirisena faction of the SLFP spilled out into the open and some of the comments that have been aired are quite nasty.

There was a spat over the East Terminal of the Colombo Port which the UNP led by Ranil Wickremesinghe wants to invite India to take over. But President Sirisena and Ports Minister Mahinda Samarasinghe opposed that move, saying that the Terminal should not be handed over to anybody else but Sri Lanka should develop it.

The argument inside Cabinet came to the point when Sirisena apparently accused an Indian national embroiled in the alleged plot to assassinate the President, as being an agent of the Indian external intelligence arm the Research and Analysis Wing (R&AW).

The news was leaked allegedly by some members of the Cabinet and caused an international incident which was papered over after Sirisena called Indian Prime Minister Narendra Modi and settled the matter.

Although there had been rumblings of discontent between the two parties the invective had not risen to these heights at any stage in their troubled relationship.

So it was not exactly a surprise for political watchers when the UPFA decided to withdraw from the alliance effectively collapsing the Government, but the real shocker was the appointment of Rajapaksa to replace Wickremesinghe.

The sacking of Wickremesinghe came in the form of a brief letter in which the President stated that as the person who has the power to appoint the Premier under Article 42(4), he also has the power to remove him from office.

The move has caused a deep division among the legal community in the country.

Former Chief Justice Sarath. N. Silva, an Adviser to Rajapaksa, says the Executive is vested with the powers to appoint and remove the Prime Minister since this clause was not removed from the 19th Amendment. MP Namal Rajapaksa, also a lawyer and the clan’s heir-apparent, Tweeted “Following withdrawal of UPFA from Gov, Cabinet is dissolved & post of PM is vacated as per Article 48(1). President followed his mandate under Article 42(4) of #SriLanka Constitution to appoint a new PM.”

Constitutionalist Dr. Asanka Welikala in an article widely shared on social media disagreed. He said that the manner in which Rajapaksa was sworn in has “taken the country by total surprise (and) point to some extremely questionable motives.”

He adds that the “President seems to have taken these words (in Article 42(4)) rather too literally than is constitutionally permissible. When this provision speaks of the President’s opinion, it contemplates not the subjective and personal opinion of the President as to which MP is best suited to be Prime Minister, but an objective and constitutional view formed by reference to who can command the confidence of Parliament.”

He says that after the Nineteenth Amendment was enacted in 2015, “the Prime Minister can only cease to hold office by death, resignation, by ceasing to be a Member of Parliament, or if the government as a whole has lost the confidence of Parliament by a defeat on the throne speech, the budget, or a vote of no-confidence (Articles 46(2) and 48). Since the Constitution after the Nineteenth Amendment specifies these ways in which the Prime Minister ceases to hold office, and has impliedly removed the previous power of the President to remove the Prime Minister at will, it follows that there are no other ways in which this can happen. In particular, the President can only appoint another Prime Minister where the serving Prime Minister has lost office in any one of these ways.”

Wickremesinghe’s own coalition seems to hold together as he was flanked by the leaders of the smaller parties supporting him.

However Rajapaksa’s supporters demanded that Wickremesinghe should step down. “He should leave Temple Trees by Monday,” Professor G L Peries of the Sri Lanka Podujana Peramuna told reporters yesterday (27).

Unsurprisingly, President Sirisena prorogued Parliament from yesterday until November 16, the day before Rajapaksa’s 73rd birthday. One of Rajapaksa’s supporters former Minister Dinesh Gunewardene said that this period will allow his leader to “settle down.”

In the immediate aftermath of Rajapaksa’s appointment saw ugly scenes at the two Government-run Television stations Rupavahini and ITN. Outsiders, described as musclemen led by MPs supportive of Rajapaksa forced themselves into the institutions. Later in the evening Finance and Media Minister Mangala Samaraweera, Health Minister Rajitha Senaratne his son Chathura and Law and Order Mnister Ranjith Maddumabandara arrived at Rupavahini. There they insisted that they be allowed to make statements on live TV but the Duty Officer decided to switch off the broadcast before the usual time. In the ensuing argument the outsiders reportedly attacked the younger Senaratne and booed and insulted him.

There were also firecrackers lit as the news spread and in the morning Rajapaksa supporters distributed kiribath to passing motorists in some areas.

After the shock of October 26th for three weeks Sri Lanka will be mired in a Constitutional crisis.

Welikala, who works for the University of Edinburgh pointed out “the whole set of circumstances suggest not the way a change of government ought to occur in a democracy, but the sharp practices associated with a constitutional coup, which is likely to lead to a constitutional crisis. It is a constitutional coup because the serving Prime Minister has not legally ceased to function in office before a new Prime Minister has been appointed.” This he said “will lead to an unprecedented constitutional crisis because there are now two competing Prime Ministers and their parties jostling for power, authority, and legitimacy at the very heart of the state. Until one of these persons – Mahinda Rajapaksa or Ranil Wickremesinghe – can demonstrate that he has the confidence of Parliament through the support of a majority of MPs, and force the President to accept the will of Parliament, the crisis will not be resolved.” (ends)