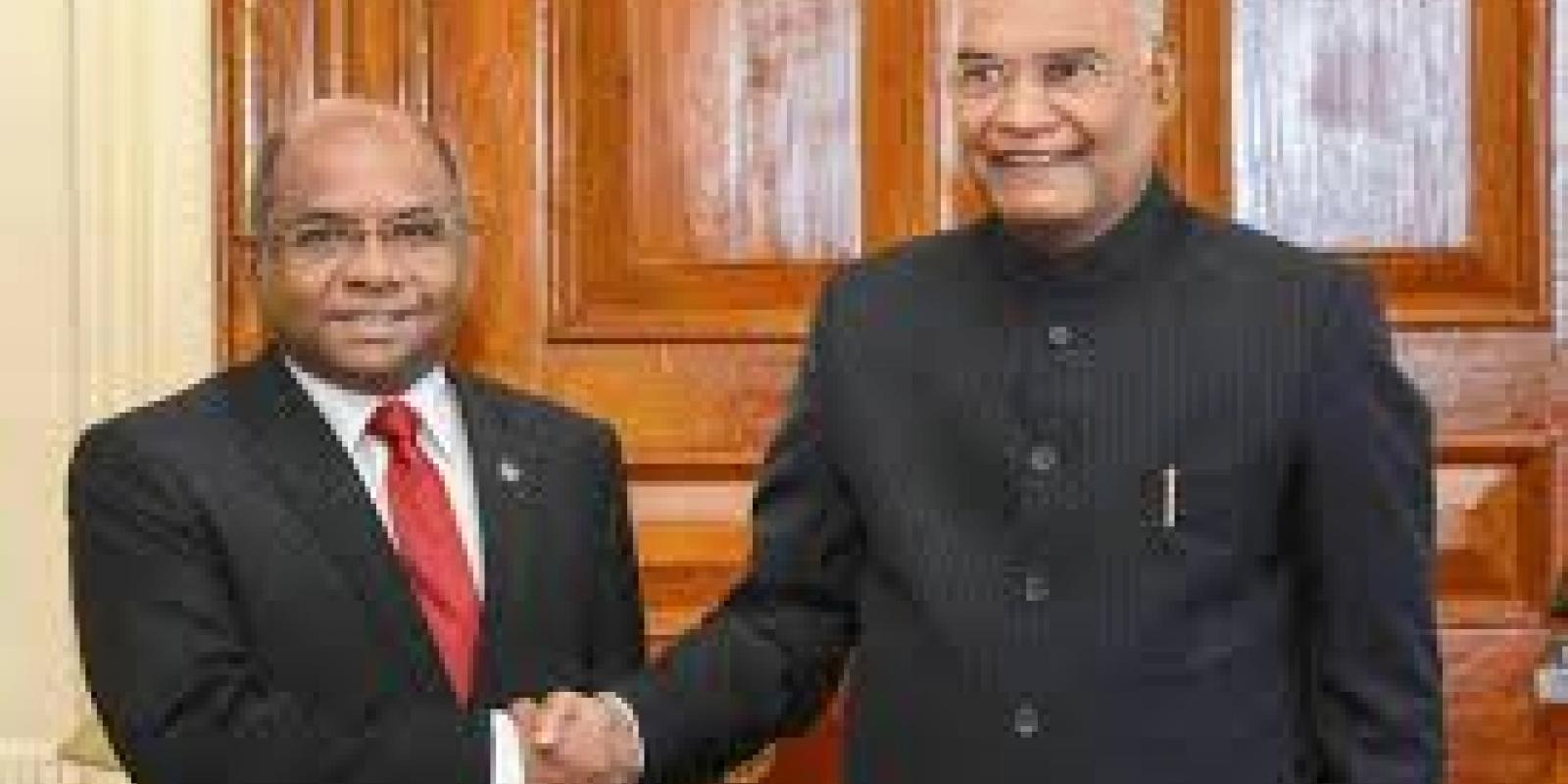 New Delhi: The new government of Maldives learnt to have requested India to help them in ascertaining the quantum of Chinese debt, and also assist them in ferreting out details of the kickbacks given by Chinese and other companies to officials to win contracts, which are stashed in safe havens abroad.

The Maldives government has created a commission to find answers to these troubling questions about the Chinese debt; it is also expected to seek similar forensic help from UK and US also. This request was made to Indian government during the visit of the Maldivian delegation which was led by its articulate Foreign Minister Shahid Abdullah.

The new government of President Ibrahim Solih, after assuming office, realized that the country was literally bankrupt after Yameen’s spending binge. There were reports in a section of the media that the Indian government offered $ 1 billion to pay off Chinese debt if it was offered a military base in the Indian Ocean archipelago. This report was trenchantly denied by the Maldivian FM. However, the delegation sought $ 250 million to balance its budget, but got far less. In an informal chat with Hardnews, the FM Abdullah said that he would visit western capitals to seek assistance for his island nation.

There is little clarity on what the total extent of investments that China has made in Maldives after President Yameen took over. The quantum of debt has ranged from $ 1.5 to $ 3.5 billion dollars. A senior official said that efforts are being made to square the various investments made by Chinese companies with different government departments, but till now this has yielded confusion: “it just does not add up”, the official told Hardnews. He further revealed that the earlier regime had struck deal with the Chinese in “small chits”. What was also being probed is how many islands out of a total of 1200 islands located in 22 atolls have been handed over to the Chinese. Only 200 islands are presently inhabited.

After President Yameen lost the September elections, former President Nasheed, who has been designated as the advisor to the President, according to an agency report met the Chinese ambassador to Male. Nasheed claims that the Chinese ambassador gave him a slip of paper where he claimed that the total debt of his country on the Maldives was $3.5 billion and not $ 1.5 billion as it was earlier believed. If indeed it was the former then the total burden on each of its 4, 00,000 citizens was around in $8000.

The unjust enrichment of officials that were close to President Yameen.        “We cannot own a 1000 square feet property in Male even if we are ministers in the government for five years, but these Yameen cronies managed to buy big properties in our land scarce capital”. The present government in Male is keen that that those who stashed their money abroad should be brought to book. “We do not want to be vengeful, but we want to find out how much money has been made in these deals and where it is stashed.”

The new government of the Maldives wants to follow an “India First” policy, but does not really want to antagonize China, which had located the island nation in its Belt and Road initiative. For China, the Maldivian threat to withdraw from Free Trade Agreement (FTA) constitutes a setback to their plans to enlarge their footprint in South Asia. The Maldivian foreign ministry later clarified that it will not withdraw from FTA, but will revisit the agreement as it was cleared in the parliament within 10 minutes without any scrutiny.  However, this is not the first time Beijing has experienced such resistance from South Asian countries. In Sri Lanka, too, after the government of Rajapakse was voted out in 2015, the new government subjected its infrastructural projects to scrutiny. Initially, the Sri Lanka tried to act tough, but when the Chinese demanded to be paid for their investment then the government of President Maithripala Sirisena had to submit to humiliating terms- losing sovereignty over its strategic port. Now Sri Lanka is staring at the prospects of a return of pro-China government and there is nothing that India can really do about it. “ We do not want the Sri Lanka story to be repeated in the Maldives, “said this Maldivian official.

To ensure that the Chinese do not swamp the small nations in the neighborhood with their people, money and agenda, India would not just have to be large hearted with its credit lines and development grants, but improve its project delivery. Also, it would have to be liberal when it comes to granting visas to the Maldivians and citizens from other South Asian countries. Till that happens, India’s influence in its neighborhood would be routinely challenged. (Ends)