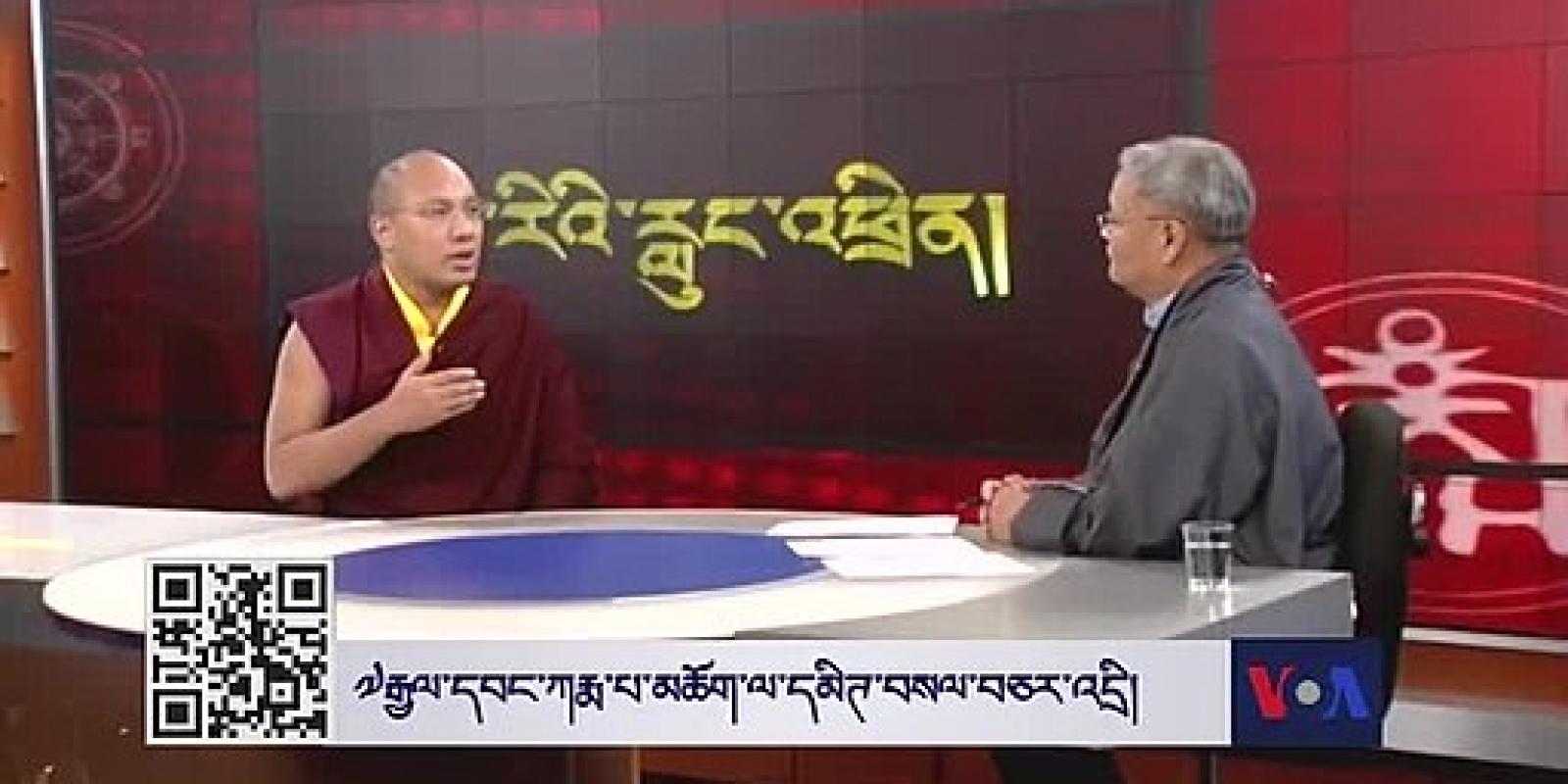 The Tibetan Buddhist exile community based in India is learnt to be bewildered over  recent media reports that foreign ministry does not recognise Ogyen Trinley Dorje as the Karmapa Lama who heads one of the four biggest sect: Karma Kagyu. Though Ogyen is recognised by Dalai Lama and many other Tibetan scholars as the Karmapa, Indian government's reaction is a manifestation of deep suspicion towards the young Buddhist leader and the changed equations with China.

Ever since  the 14-year-old Ogyen Trinley Dorje undertook an arduous journey in the year 2000 to cross over from China controlled Tibet to Nepal and showed up in India's Macleodganj, Dharamshala, carrying the burden of being the Karmapa Lama, the head of the Tibetan Buddhist Karma Kagyu sect, he has been viewed with deep suspicion by Indian authorities. His reason for coming to India was to seek teachers who could complete his religious education, but the Indian Home Ministry viewed him as a charlatan and a Chinese agent out to steal the black hat from Rumtek monastery.

Indian government is more favorable to Trinely Thaye Dorje, who draws authority from a dream of Sharmapa, who are given the authority of identifying the Karmapa after they emerged out of a ban. Thaye Dorje recently got married, which impacts his chances to become a Karmapa.

Ogyen Trinley Dorje’s problems stem from the fact that both, 14th Dalai Lama and the State Council of the Chinese government recognize him as Karmapa Lama- head of the Karma Kagyu sect. Indian authorities fear that if he is given primacy then the Chinese could control Tibetan Buddhism after Dalai Lama’s death. Due to the manifest misgivings that the Indian authorities have towards him, the Police and the enforcement authorities have raided Karmapa and his associates in the past. Large amount of foreign exchange was recovered from him, a matter that was later resolved.

During his stay in the country his movements were curbed for a while. It was only last year that he traveled to Arunachal Pradesh and told this writer that it is a beautiful part of India. This statement should have satisfied Indian authorities as it undermines the Chinese claim of this region, but it failed to have the desired impact. In an interview that he gave to this writer before he left for the US, he detailed the problems that the exile Tibetan Buddhist Community was facing including the time when they travel abroad. The exile community has been given yellow identity cards to travel, but many countries do not recognize them. Indian government has offered Indian citizenship to them, but what is visible is that many of them are going away to Tibet after hearing reports that the Chinese are giving religious freedom to them. Indian government, too, is withdrawing itself from their overt support to Tibetan Buddhist cause lest it antagonizes the Chinese with whom they are trying to find ways of working together after a messy showdown in the Himalayan heights of Doklam.

Last year, Karmapa Lama left for the US and acquired Dominican citizenship. His decision spread confusion in the Home Ministry. There was a “ I told you so” look on the face of those in the country’s security establishment who have been opposed to accommodating Ogyen Trinley Dorje. They asserted that he had taken up Dominican citizenship without informing the Indian authorities. What riled them further when he traveled to France on his way to his annual retreat to meet other contender for the Karmapa’s post, Trinley Thaye Dorje, and resolved to strengthen the Kagyu sect.

Around the time he was transiting to Europe, Dalai Lama was working towards hosting a meeting in Dharamshala that was seen to decide on his successor. Ogyen Trinley Dorje was also invited and largely seen as the person who will lead the Tibetan Buddhist faith. The young Karmapa wrote many letters to the Indian consulate in New York so that he could surrender his Indian identity card and seek an Indian visa to attend the conference. Delhi was ambivalent about how it should deal with the young Karmapa and whether he should be allowed to return after he had left India.

Earlier in December, Karmapa’s sister applied for his visa to visit India, which the Indian government, it is learnt, have acceded to. Still there is little clarity about the process that Karmapa has to follow before he returns to India as a Dominican national. Will he have to give up his Identity card before he gets a visa or not? According to the former advisor of Home Ministry and expert on Tibetan Buddhism, Amitabh Mathur: “ Karmapa will seek his visa after he returns from his annual retreat in Germany.”  He is expected to return in the last week of January.

In the interim, the Dharmshala conference has been postponed indefinitely after the death of Kathok Getse Rinpoche, head of Nyingma Council. He was an important voice in the Tibetan Buddhist affairs.

Indian government has been distancing itself from Ogyen Trinley Dorje claiming that they did not recognize him. There is an attempt to demonise him by floating rumors that he had sought land in Sikkim, The truth is that the request is mired in bureaucracy.

In matters of faith, New Delhi forgets that governments do not decide who will replace Dalai Lama- the mistake the Chinese government are doing to desperately trying to control the religion. The future of the faith will be decided by its followers and not by those who are worried about geo-strategic considerations. (Ends)