The Meaning of Pragya Singh Thakur 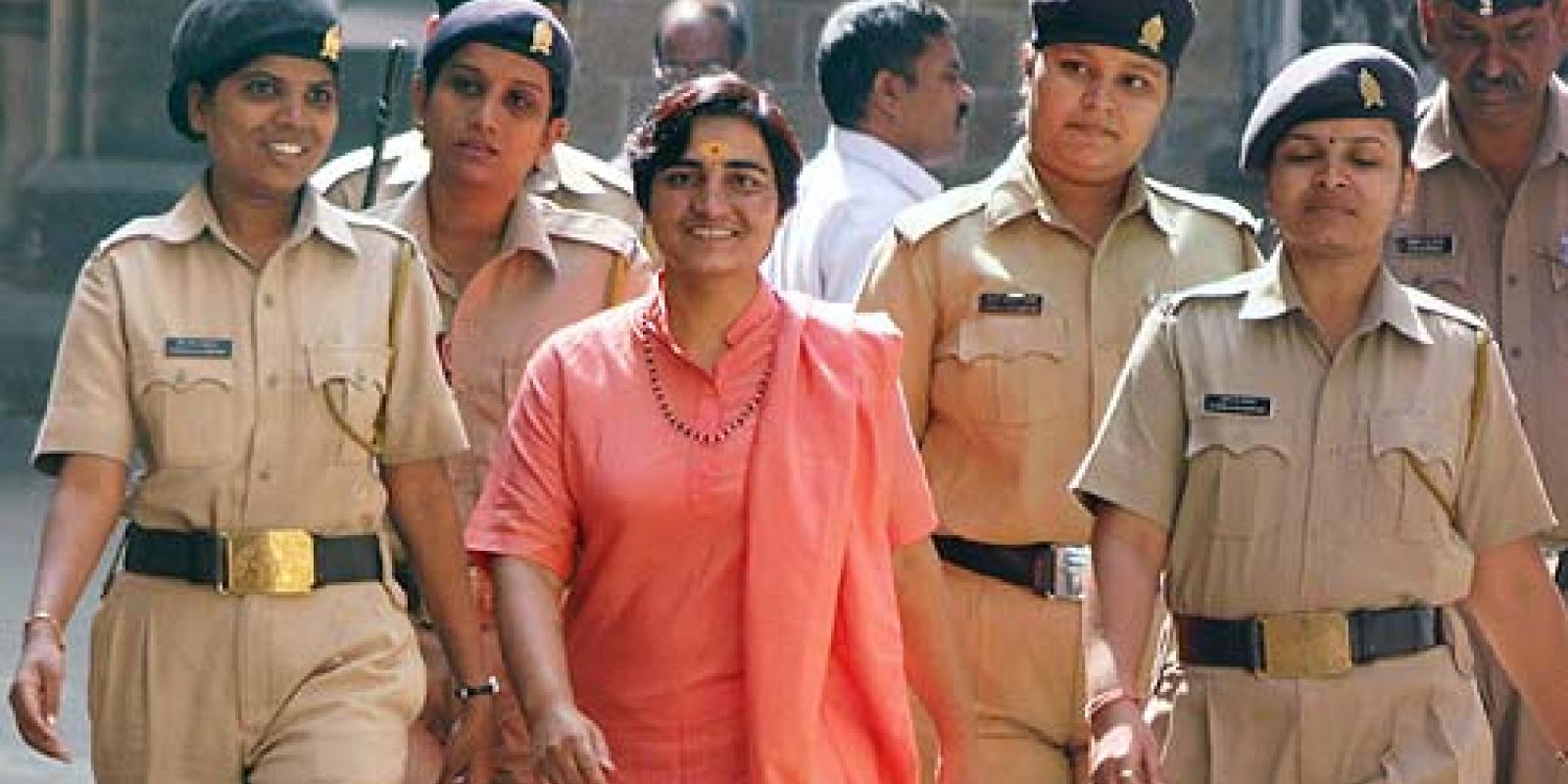 So, don’t say, they did not warn you! India – be prepared

The current joke on social media is that if ‘curses’ (shraap,in Hindi) can kill people, then why use the threat of a nuclear button, as Prime Minister Narendra Modi did recently in a rally, violating once again not only Election Commission norms or global diplomatic nuance, but also using obsessive war-mongering, Pakistan-bashing, name-calling opposition leaders as Pakistani-stooges or backing terrorists, and Balakot mythology where only one crow was killed. Pray, whatever happened to demonetization, GST, the latest missile, swacch bharat, skill-India, Namame Gange, kala dhan, acche.. din and India becoming a superpower like China? Not one mention of one country of the 60-odd he travelled as PM, not even of Saudi Arabia, where they beheaded two Indians recently with the Indian government totally left clueless. Will he indeed bring back the shamshanghat-kabristanhyperbole yet again in the last phase? And how come the EC has punished all and sundry with short bans, but refuses to take Modi into account for his brazen violations of EC orders, and ritualistic disregard for norms or convention? While top politicians stand in a queues and quietly vote, including members of the Gandhi family, he has turned his act of voting on Tuesday into a public spectacle. It’s not only narcissism or megalomania -- this is the politics of 56 inches playing out in full glare. These are all signs, and they are for all to see.

"Otherwise, Pakistan used to give nuclear threats. What do we have? Have we kept it for Diwali?” Modi asserted in a recent rally.

The BJP propaganda machine, quickly has spun this statement made by  Modi into a rally cry amongst its belligerent foot-soldiers. In every way this spin deliberately ignores the fact that the Pulwama massacre was a security/intelligence breach and thereby a complete failure of the government. If the nuclear button is pressed, of course, not as a Diwali celebration, it will surely eliminate much of the landmass of the Indian sub-continent, bringing back the devastating tragedies of Hiroshima and Nagasaki multiplied a million times. It will be lovely to get a map of the underground bunkers in India after Modi chooses to press the button. Indeed, his calculated muscle-flexing rhetoric has no diplomatic or practical logic, accept for BJP’s only trump card – vicious communal and social polarization. Surely, no world leader, not even the most rabid Right-winger, rabble-rouser or white supremacist, not even ‘Bibi [Netanyahu]’, Modi’s best buddy in Israel, will make a public statement which implies the massacre of millions of innocent people by a nuclear bomb.

This is surely more than a method in the madness, and it is not only desperation, or the scramble to consolidate the last remaining fanatics as a vote-bank, even as the 31 per cent in May 2014 might shrink despite all the money and muscle at his command. Let the bitter truth be told, that the RSS-BJP just can’t hang out anymore as mainstream parties who believe in the values of the freedom movement (in which they did not participate), or, in the directive principles of a secular, plural democracy, as enshrined in the Indian Constitution. They certainly don’t believe in the pathetic, introspective blog of LK Advani, who willfully mentored Modi, or, the so-called accommodative politics of Atal Behari Vajpayee, who asked Modi to follow ‘rajdharma’, but, who, instead, chose to care two hoots, during and after the Gujarat genocide of 2002.

It was always categorically clear that there was never any difference between the fringe and the mainstream in the Sangh Parivar. This was also a hypothetical BJP mythology backed by closet xenophobics posing as liberals, including in the media. Did they really ever have faith in the constitutional values of a secular democracy?

Legal trappings apart, the choice of terror-accused Pragya Singh Thakur, who believes patting a cow can cure blood pressure, is a signal that under Modi and Amit Shah, the RSS-BJP wants the world to know its most perverse and authentic revelation: that it does not believe in the criminal justice system and it would reward, protect and promote all those who thrived in hate politics, especially against minorities and Dalits. For them Pragya Singh is a heroine who withstood the pressure of the Indian State to fight allegedly “terror” with terror. If that meant diminishing the contribution of a hero, Hemant Karkare, then so be it.

This decision strikes a body blow to their whataboutery. Whatever happened to their high moral ground slogan of ‘chaal, charitra, chehra’? On what basis can they now oppose  Sajjan Kumar, Masood Azar, even the banned Maoists in India, branded as ‘terrorists’ by all regimes? The choice of a terror symbol like the Sadhvi, who  is so proud of the demolition of Babri Masjid, is the open declaration of the new project: the fascist Hindu rashtra.

That is why the curse on Hemant Karkare, who died in the line of duty facing terrorists with 15 other policemen. Karkare changed the line of investigations with impeccable evidence on all the blasts whereby Muslims, especially the young, were accused, hounded and packed off to prison. He found the hand of the extremist Hinduttva terror groups with links to the blasts, which rocked the nation and killed scores: Malegaon, Hyderbad, Ajmer, Samjhauta Express. At the same time, RSS member, Sunil Joshi, known to be a key associate of Pragya Singh, was murdered in mysterious circumstances -- some point it as an insider’s job to eliminate evidence against the terrorists. The agencies under this current regime may not have put evidence on record to her help her acquitall,  but Pragya Singh remains a terror accused.

So now we have BJP redux unleashed, no holds barred. The project is on and will be implemented with absolute disregard for protocol or legality. This will mean putting Indian Constitution and political morality flowing from it on its head. To be fair to them, they have stated it loud and clearly about who they are: bigoted, obscurantists and hate-mongers, but opportunists among us refuse to recognize them.

Their rhetoric is bitter reality, their hyperbole is not hypocrisy, and their moderate leaders are complicit in this ‘surgical strike’ on Indian history and its Constitution. After Pragya’s honorable rehabilitation from a terror accused to a BJP candidate to Bhopal seat, there is no reason why other worthies like Swami Aseemanand, Babu Bajrangi and Mayaben Kodnani similarly find ways in the Parliament. Kodnani was a minister in Modi’s cabinet in Gujarat accused of leading murderous gangs during 2002 riots, and Bajrangi a towering Sangh leader, a self-confessed blood-stained Muslim hater. Like Yogi Adityanath, they might well be the mainstream symbols of the BJP in the days to come. Between the lotus and the swastika, the line is not blurred.

So, don’t say, they did not warn you! India – be prepared.