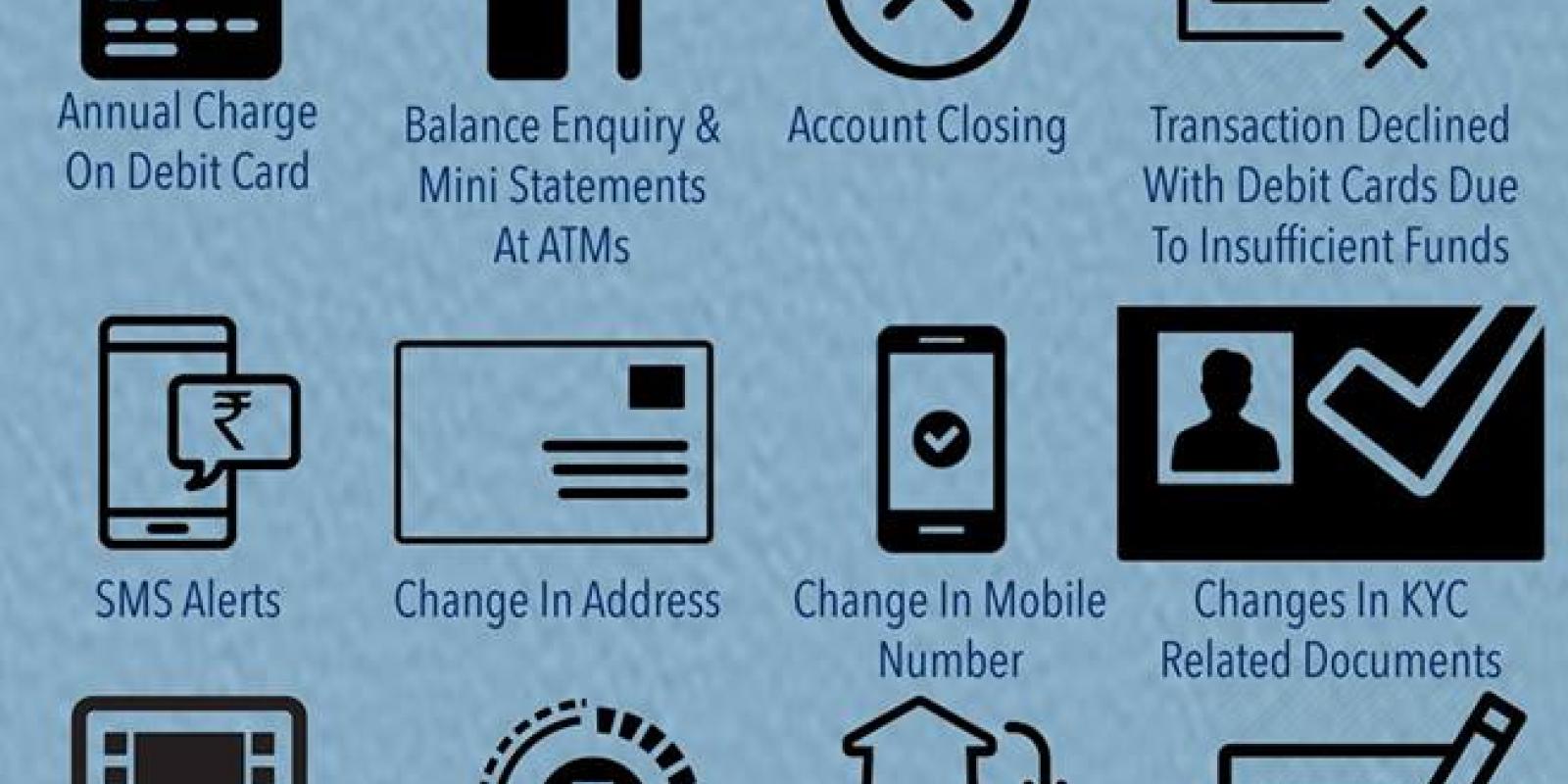 Banks act as financial intermediaries between depositors and borrowers. It is the public money, deposited in the form of term deposit (fixed deposits) and time deposit (saving and current accounts) which banks use for lending to borrowers. Since public money is important for the banking sector, banks have a responsibility towards the owners of that money, that is, the general public. Over the last few years, the increase in banking services charges has affected a large number of people and is acting against the interests of the depositors. In the debate on regulatory powers, autonomy of the Reserve Bank of India (RBI), rising non-performing assets (NPAs) and the on-going banking crisis, the issue of bank charges has been completely ignored.

Bank charges imposed on savings account holders hurt the poor the most who probably adopted banks with hesitation and do not have much knowledge about the banking system. The government is forcing people to enter into the banking system (as a part of the financial inclusion drive) to receive direct benefit transfers like MGNREGA wages, LPG subsidy, pensions, etc., but they are being penalised for not being able to maintain the minimum balance in their accounts and in the form of various other bank charges.

Basic Savings Bank Deposit Account (BSBDA) and the Pradhan Mantri Jan Dhan Yojna (PMJDY), which were part of the government’s financial inclusion drive and do not charge account holders for banking services, have many restrictions in availing of banking services such as limitations on number of withdrawals (a maximum of four debit transactions are allowed, including cash, ATM, online, etc.,). PMJDY accounts also have a limit on the amount that can be withdrawn and deposited – Rs 10,000 and Rs 50,000 per month, respectively. A study conducted by Prof Ashish Das, IIT-Mumbai, has found that banks are quietly converting ‘no-fee savings accounts’ (BSBDA and PMJDY) to regular ‘fee-based savings accounts’ when a customer carries out the fifth debit transaction in a month. This will push people away from banks and they will probably look for alternatives to keep their savings.

Minister of State for Finance Shiv Pratap Shukla reported in the Lok Sabha that Rs 4,990 crore was collected by 21 public sector banks and three leading private banks from customers for non-maintenance of monthly average balance in savings accounts in the financial year 2017-18. The State Bank of India (SBI), being the largest among all public sector banks and having more deposits from working class people than any other bank, has collected a whopping Rs 2,434 crore, almost half of what all the other banks collected. If we put together the data for the last four years, then the bank charges for non-maintenance of minimum balance turn out to be a whopping Rs 11,500 crore.

Apart from increasing non-performing assets due to bad governance and lack of accountability and transparency in the banking sector, frequent changes in RBI regulations and government policies are pushing banks to facilitate services which are not part of traditional banking services. Cross-selling of third party products has put additional burden on the banks’ resources. Consequently, it has shifted business priorities to selling of insurance and mutual fund products due to individual incentives affecting the core banking business. Now, the government has also asked the banks to open Aadhaar centres for enrolment/updating activities.

Last year, SBI Managing Director Rajnish Kumar said that SBI was planning to raise Rs 2,000 crore through penalty for non-compliance with minimum balance rule for savings accounts, part of which would be used to compensate for the extra costs incurred by banks due to the linking of 40 crore savings accounts to Aadhaar. Additionally, the imposition of demonetisation by the central government has put tremendous pressure on banks, leading to the erosion of already scarce resources.

Apart from penalty charges for not maintaining minimum balance in savings accounts, banks had started charging customers for having cash transactions at branches (irrespective of home branch or non-home branch) over a year ago. The number of free cash deposits and withdrawals is limited to five to six a month and an amount ranging from Rs 10 to Rs 150 per transaction thereafter is being charged by different banks.

As part of the digitalisation process, ATM services were introduced with the aim of reducing the burden on branches and to provide the choice to customers of having transactions as per their needs. When people have adopted this technological change, which was not easy for all customers, most banks have restricted the number of free transactions (financial and non-financial) through ATMs.

Customers are paying for banking services which earlier had no charges like changes in address or mobile number, SMS alert service, update of KYC-related documents, etc. The charges for banking services have risen without any reasonable basis. The RBI, which formulates the guidelines, has asked the banks to charge customers ‘reasonably’ even for having an account and withdrawal of one’s own money, which should have been provided without any charge in any case.

Indian banks are facing a huge NPA crisis (gross NPAs of all Scheduled Commercial Banks was Rs 10,35,528 crore in March 2018). It has been established that around 50 percent (Rs 4,98,790 crore) of the total NPAs has been caused solely by the top 100 corporate borrowers and that bad debts of over Rs 5 crore make up as much as 88 percent of the total NPAs. Though the public sector banks have been posting operational profits every quarter, the necessity for provisioning has resulted in net loss for the banks. So far, the government and RBI have been focusing on every other form of reforms other than recovery from large borrowers.

Recently, the chief minister of Kerala, Pinarayi Vijayan, urged the banks to withdraw this “anti-people” policy of minimum balance requirement in savings accounts and not to loot the poor man’s deposit in the name of service charges. He said, “This plundering of the assets of the common man and the poor is happening at a time when the banks, saddled by bad debts of over Rs 10 lakh crore, are continuously providing relief to defaulting bigshots. The poorest of the poor are being plundered to make up for the losses inflicted on the banks by the super-rich.”

CH Venkatachalam, general secretary, All India Bank Employees’ Association, in a memorandum to the then RBI governor, Urjit Patel, sought action on protecting bank customers against unfair practices such as arbitrary increase in banking charges.

Both the RBI and the government have changed their stance during the past few years with respect to the banking sector. The late realisation of the need for cleaning up stressed assets after years of ever-greening of large corporate debts has put the banks in a position where they are looking for alternative avenues to compensate their losses. The high level of non-performing assets due to loans provided without due diligence, proper assessment of the viability of projects and poor recovery from big defaulters even with the help of the Insolvency and Bankruptcy Code (IBC) has resulted in negative balance sheets. The introduction of new schemes by the government, the use of banks to provide non-banking services, and cross-selling of third party products have completely changed the functioning model of banks. The burden of these changes has been shifted to savings account holders, though the amount collected from charges on banking services is negligible when compared to NPAs.

The RBI and government need to recover large corporate debts by taking stringent action against the defaulters and making lending policies more transparent and accountable, not by passing the burden of corporate debts onto the poor and working class.