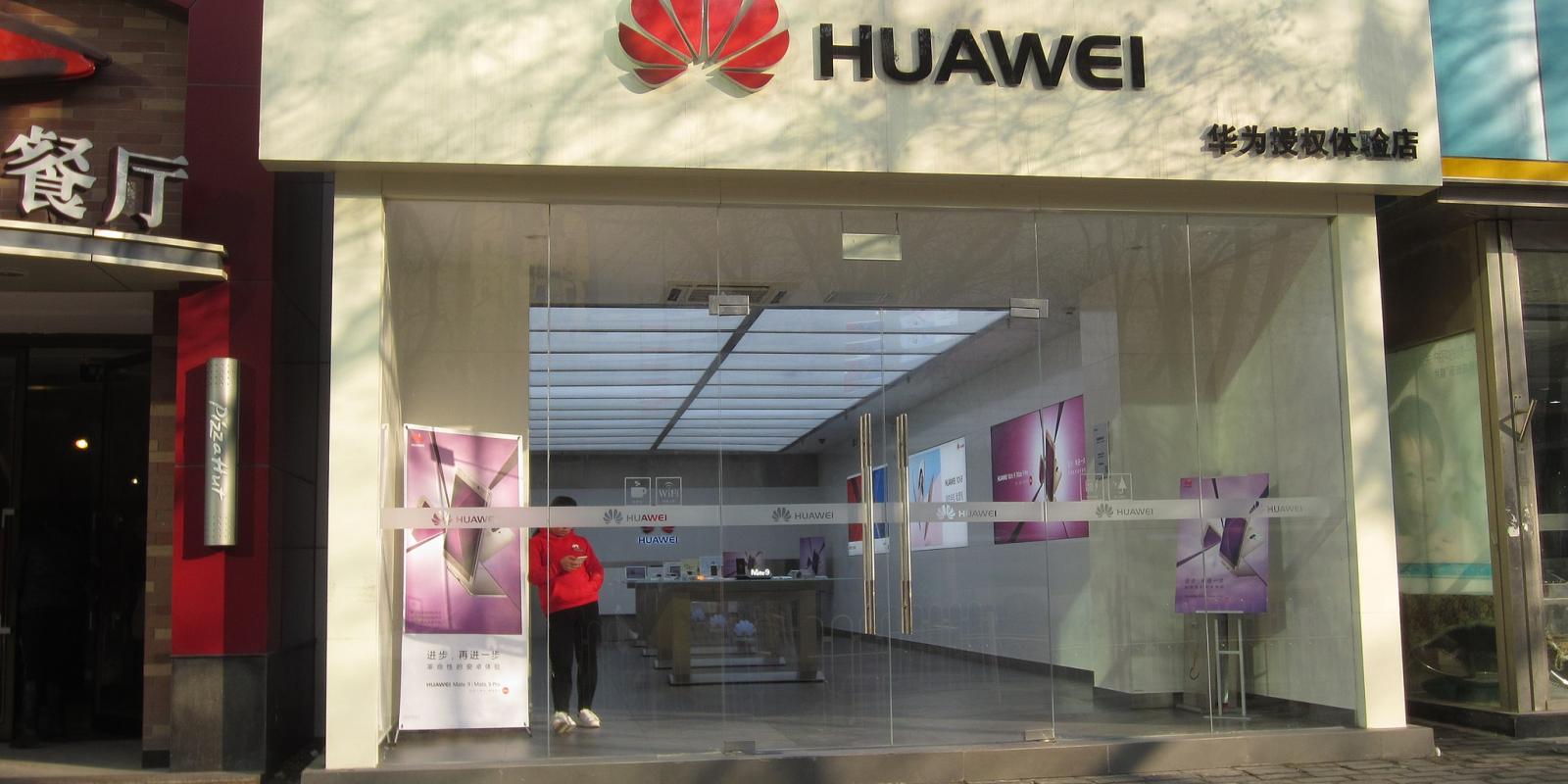 According to reliable sources, China has reportedly issued a possible demarche to the Indian government. The report is however unconfirmed. China has allegedly expressed its deep resentment over the manner in which Chinese telecom giant Huawei is being excluded from the upcoming 5G trials. Indians, Chinese believe, seem to be acquiescing to US pressure to stay away from their telecom giant. If India obliges President Donald Trump, then it could be saddled with delay in the 5G rollout and then get saddled with an expensive system that will have fewer takers in the world. Besides being inexpensive that helps cash-strapped economies like India, Huawei has 20 percent global patents and 50 percent market share.

Officially, the Indian government has not announced that it is excluding Huawei from the 5G trials, but, there are enough indications that it may follow the US and some countries of the western alliance, at least, in the short run. If that happens then it would cause a grave setback to the ties between India and China, and also hurt India’s image as a non-aligned (multi-aligned, as it is fashionably called now) nation that exercises strategic autonomy. If Huawei were to be ousted from the September trials, then this would possibly be the fourth occasion when India would have changed its well-articulated foreign policy to align itself with that of the US.

First, New Delhi, in deference to US sanctions, brought oil supplies from Iran to zero. Second, it put its engagement with Iranian port, Chabahar, on the back-burner.  And, third, more importantly, it has made adjustment in its data localization policy that allows US companies to keep Indian banking data on their servers for 24 hours after their transaction is completed. Trump also wants India to cancel its order of missile defense system, S-400, with Russia. India is holding firm, at least, on this issue.

There is recognition that US opposition to Huawei has less to do with a Chinese telecom, security breach or surveillance, but more to do with hard and long-term business interests. Huawei and ZTE have seen a spectacular rise in the last 10 years and if there is an uninterrupted 5G rollout then the company would be in an unassailable position.

Difficult and complicated issues all, this entire process could push India’s 'multi-aligned foreign policy' in disarray and result in national humiliation if the government is seen so brazenly succumbing to US demands.

Since 2017, India and China have been trying to mend fences after the Doklam face-off that brought the two countries close to a possible war. Conscious of Beijing’s sensitivities, the Indian government lowered its engagement with Tibetan Buddhist leader Dalai Lama and ordered government officials not to participate in programmes held by the exiled community to thank India for providing them refuge. India also backed China’s candidature for heading the Financial Action Task Force (FATF)-- a body that monitors terror-funding and money laundering issues. China, in turn, agreed to India’s demand to remove the technical hold on declaring Jaish-e-Muhammad chief, Masood Azhar, as a global terrorist.

However, before the Chinese lifted their technical hold, they reportedly wanted an assurance from New Delhi on three counts: stop interfering in the process to find the successor of Dalai Lama, resumption of talks with Pakistan, and allow Huawei to participate in the 5G trials in India.

These assurances were sought during the election campaign here and China was expecting the new Narendra Modi-led government to fulfill them. At that time, the Union home ministry had broadly agreed to grant permission to Huawei as there was no evidence of security breach in various technological equipments that are used in the country. After Trump threatened sanctions and penalties if India decided to do go with Huawei, it became clear to New Delhi that it was staring at an expensive zero-sum game.

Could the Modi regime really afford to cock a snook at Trump and dare to go with the Chinese?

Nine out of ten people in India would favour US as its contribution to the Indian economy is immense; but, China is the future and has provided inexpensive inputs that have powered the Indian economy in the last few decades. Expectedly, a cheaper 5G technology with lower latency could lead to a quicker rollout and adaptation in all the smart products that the government is toying with, including smart cities.

There are only a few countries that can dare to antagonise US and India surely does not want to be one of them. Since the BJP-led government has returned to power, it is playing the same narrative that is available, with a click of a mouse and a Google search which discloses that Huawei constitutes a security threat. Instances of how the employees of Chinese companies have walked away with crucial data from US servers and computers have been repeated in the Indian media also. Fears of how the Chinese could disrupt the Indian economy and upset defense preparedness have been periodically raised.

A member of the panel constituted to decide on the composition and time of 5G trials suggested Huawei’s exclusion on security grounds, despite their offer to give a commitment that their technology had no 'backdoor'. This was not the majority view since even the Intelligence Bureau, it is reliably learnt, did not recommend its banning. Interestingly, the report of a representative of the government having reservations towards Huawei was played up by only one media publication. The competing views did not get any space.

China is learnt to have issued a demarche to the Indian government expressing its deep resentment over the manner in which Chinese telecom giant Huawei is being excluded from the upcoming 5G trials. Indians, Chinese believe, seem to be acquiescing to US pressure. If India obliges Trump then it could be saddled with delay in the 5G rollout and then get saddled with an expensive system that will have fewer takers in the world.

Last week, an Indian 5G expert, Prof  V Kamakoti, in his talk at the Indian Council of World Affairs ( ICWA), highlighted Indians security concerns about Huawei. A Chinese diplomat objected to this view and said that there was no evidence of a security breach vis-a-vis Huawei. He pointed out that Germany and United Kingdom were using the Chinese company’s technologies and found nothing amiss. Prof Kamakoti agreed to the submission of the Chinese diplomat that there was no evidence of any link between Huawei and data theft or surveillance.

There is recognition that US opposition to Huawei has less to do with a Chinese telecom, security breach or surveillance, but more to do with hard and long-term business interests. Huawei and ZTE have seen a spectacular rise in the last 10 years and if there is an uninterrupted 5G rollout then the company would be in an unassailable position. Even now, it sells more smartphones and is a shade below Samsung.

In terms of being a telecom equipment supplier, it has left Ericcson behind. Huawei has provided the backbone to the telecom network in African and the ban by US could cause serious supply chain disruptions. Huawei was anticipating action from Trump and hence stacked its warehouses with semiconductor microchips and other spares that it normally procures from America.

For India, Huawei would not only provide relatively inexpensive cutting edge technology to jump development stages by building smart cities and improve the lives of people, but it could also serve as an important test of its strategic autonomy. Before Narendra Modi left for the G20 summit at Osaka, Japan, in last week of June, it was apparent that this matter would come up in the proposed bilateral meeting between Trump and him. The matter indeed came up during their talks, but there was little clarity whether India withstood its ground or agreed with the US on banning Huawei technology.

Modi talked about how the evolution of 5G technologies will depend on the decision that a country of billion people takes. Both the leaders agreed to harness capacities that reside in both countries to build 5G systems. Observers have interpreted this statement as a rejection of Huawei, even when Trump has allowed his country’s companies to transact with it.

Before the Chinese lifted their technical hold, they reportedly wanted an assurance from New Delhi on three counts: stop interfering in the process to find the successor of Dalai Lama, resumption of talks with Pakistan, and allow Huawei to participate in the 5G trials in India.

One wonders why the Indian government is still giving precedence to issues of security and surveillance when it comes to denying access to Huawei in India, when other countries of Europe and the global south have found little merit in the American argument. Instead, they have chosen to ignore the false logic peddled by the US and rightfully given importance to what would serve the interests of their people.

South African President Cyril Ramaphosa was quite candid when he told a conference recently that the US was jealous that Huawei had outstripped them and they were determined to punish it and use it as a pawn in their fight against China. Ramaphosa was categorical that to address the triple challenges of poverty, inequality and unemployment, South Africa would have to leapfrog into a fourth industrial revolution and that path will be also be determined by acquiring 5G technologies.

The South African leader’s worries can be easily replicated here, but the big difference is that the African country is not using unsubstantiated surveillance charge against Huawei to block it. In contrast, India seems to be buckling under US pressure, as in the case of sanctions against Iran.

This story was first published on Hardnews Foreign Policy.