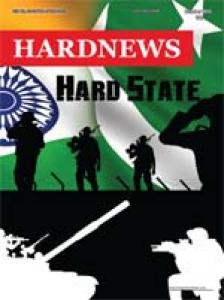 By ratcheting up nationalistic sentiments to a fever pitch, the BJP is trying to reap political dividends
Sanjay Kapoor Delhi

Agrarian Riots: The Countryside is Burning

Pink: Why No means No

Young Turk on the Rise

This is the month when Lucknow gets blown over by intense memories of Begum Akhtar, who sang love songs like none other. Each October brings with it a bittersweet memory of one of the city’s most illustrious citizens. Begum Akhtar was both born and died in October. She was born in district Faizabad in 1914 and may have died in Ahmedabad in 1974 after singing until 3 am at a concert, but Lucknow is where Begum Akhtar made a home.

She came to live in the city in 1943 and very soon became the toast of the town.

Biryani in the time of Fafdas

My recent trip to Gujarat was largely uneventful except for all the fafdas (some crazy shaped puffs made of gram flour) that I had during my road journey to Surat from Ahmedabad. Every time I would tell my driver Ratanbhai that I wanted to have tea and a little bite - he would park the car at the nearest fafda place. I wanted to have an omelette and told him so, but I could not have committed a bigger blasphemy in his eyes. He made a dirty face and told me that it was not available on this highway and its consumption was generally not encouraged!

Swati Maliwal, Chairman of DCW spoke to Hardnews on the sensitive issues and challenges she had faced in past year
Shibu Kumar Tripathi Delhi

As socialism becomes a concept which is long dead and dusted from the stage of world politics, Marxists seek to reinvent and rebrand
Marc Saxer Delhi