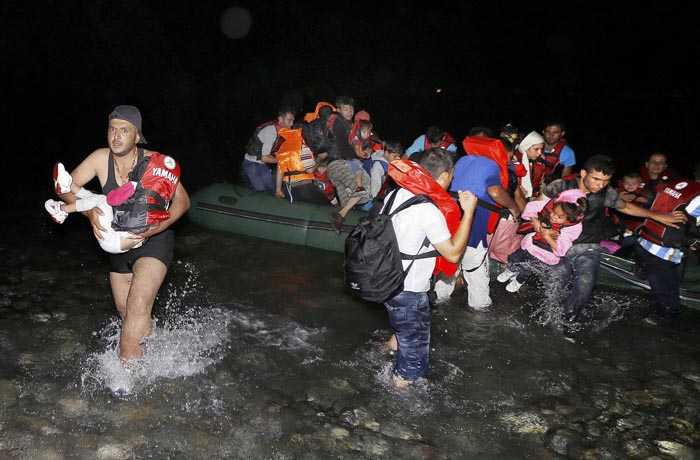 KOS:- A Syrian refugee carries a child as they arrive at a beach on the Greek island of Kos after crossing a part of the Aegean sea from Turkey to Greece on a dinghy. PIRAEUS:- Children of an Iraqi refugee family wait for a bus after arriving at the port of Piraeus, near Athens, onboard the Eleftherios Venizelos passenger ship 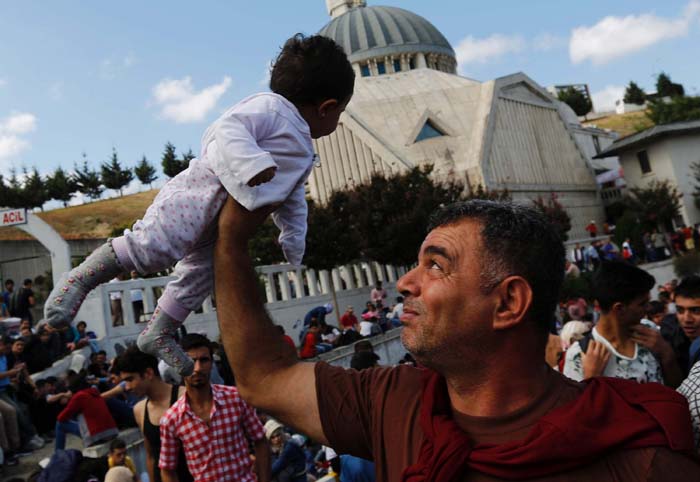 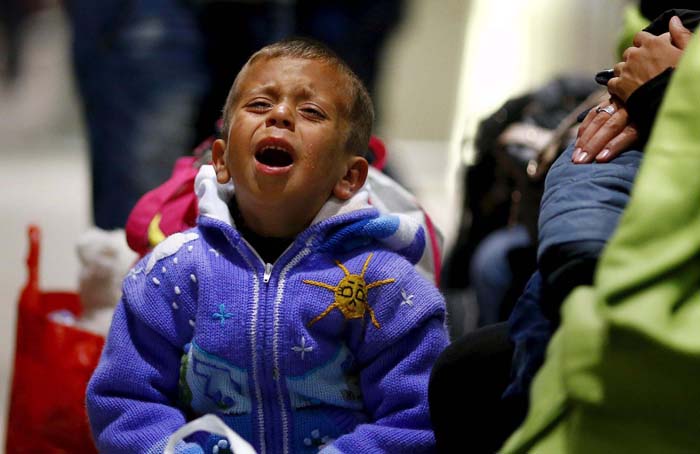 FRANKFURT :-An exhausted Syrian boy cries after he arrived with his family on a train from Budapest's Keleti station at the railway station of the airport in Frankfurt ASOTTHALOM:- A migrant holds a child as they wait on the Serbian side of the border with Hungary in Asotthalom BICSKE:- Hungarian policemen stand by the family of migrants protesting on the tracks at the railway station in the town of Bicske 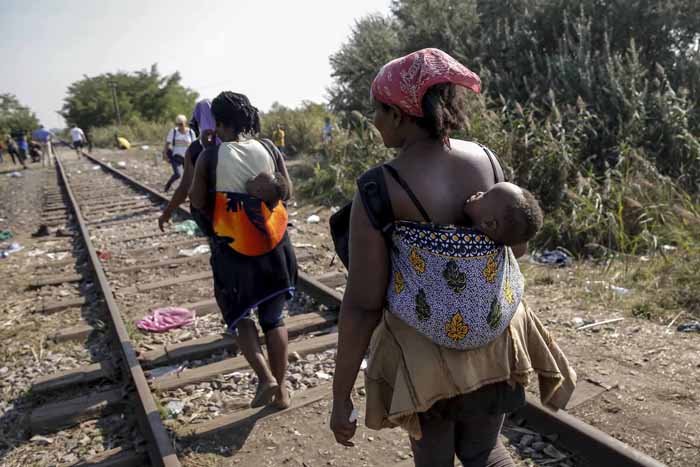 HORGOS:- Migrants, hoping to cross into Hungary, walk with babies on their backs along a railway track outside the village of Horgos 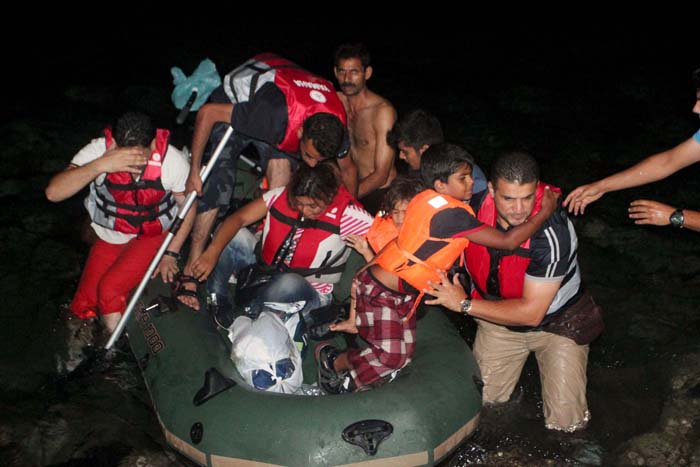 BODRUM:- Migrants disembark from a dinghy after their failed attempt to sail off for the Greek island of Kos from the Turkish coastal town of Bodrum