Lockheed Martin looks forward to contributing to make in India’

We continually work to understand the requirements of the Indian government and the security services and the C-130J was our first major programme success here. The C-130J was offered to meet a specific requirement of the Indian Air Force to support India’s special forces. Lockheed Martin has many world-class products and looks forward to making further offers based on India’s needs and requirements.

Do you see more deals on the horizon?

Over the past few years, relations between India and the US have opened up and the two governments are looking at various areas and opportunities to work together and offer solutions in both directions. Lockheed Martin looks forward to more collaboration and to contributing further to the ‘Make in India’ story.

What are your expectations from the NDA government of Narendra Modi? Do you think this government has addressed some of your concerns?

The Make in India campaign launched by Prime Minister Modi offers an opportunity to companies looking for partnerships in India and so will benefit both sides. Lockheed Martin is already invested in Indian defence manufacturing through our joint venture with Tata Advanced Systems in Hyderabad. This JV manufactures large aerostructures for the global supply chain of the C-130J and the first C-130J with an Indian tail flew in October last year. This JV has trained the majority of its own staff through apprenticeships and on-the-job training and the number employed in the facility has reached almost 600 personnel. In addition, the JV has trained an additional 400 personnel that are employed in local aerospace industries and so has become not just a manufacturing base, but also a skill development facility, of which we are very proud.

What about specific government measures?

We have welcomed the announcement by the government to increase the FDI cap in defence industries from 26% to 49%. The government has also indicated further relaxation on a case-by-case basis for state-of-the-art technologies up to 100%. Most companies will consider each investment decision on its own merit, though, and the business case supporting it will determine the levels of investment that should be made by all partners. We also applaud the government’s drive to ease the administrative burden on companies doing business in India and provide a stable tax regime, which will certainly help encourage future investments to facilitate the Make in India aspirations.

What do you think of India’s offset policy? What offsets were associated with the purchase of the six Hercules aircraft? Will you follow the same strategy in future deals?

Lockheed Martin understands offsets well and supports their aim completely. The most successful offset programmes are those that are a win-win for Indian industry and the foreign partner, as they encourage long-term and enduring relationships which can lead to Indian industry joining the global supply chain and, ultimately, future programmes. Some of our partners on the Joint Strike Fighter around the world began as offset partners, and that relationship and confidence in each other has matured to a trusted supplier status, which is what we would also like to see happen with our relationships with Indian industry as they grow.

After one of the six Hercules planes crashed, some media reports hinted that the crash might have been due to counterfeit parts. What are your views?

It would be inappropriate for us to speculate about the possible cause of the March 28, 2014, C-130J accident in India. Lockheed Martin assisted the Indian Air Force with its investigation, and we would refer you to the Air Force for details and the investigation’s status.

The C-130 has an outstanding safety record and the Indian Air Force has fully endorsed its confidence in the performance of the platform as it has ordered six additional C-130Js as a follow-on to the first six aircraft and the CCS has also cleared an additional C-130J as a replacement for the aircraft lost in the tragic accident.

Lockheed Martin has also diversified into civilian technologies. Could you share a little about that area of your business?

Lockheed Martin supports civil and defence security needs of governments around the world. In fact, it has been the largest supplier of information technology services to the US government for the past 20 years. While well-known for cutting-edge defence technologies and services, Lockheed Martin is also engaged in many critical areas of governance. One such example is in renewable energy and smart grid technologies, and we have been active in India, providing briefings to the central and state governments about these areas of capability. In other parts of the world, we are also engaged in civil aviation through civil engine maintenance, repair and overhaul (MRO), civil pilot training, aviation safety and security equipment.

Do you see a market for this segment of your business in India?

We have two simulator devices in a facility, the Flight Simulation Technique Centre (FSTC), in Gurgaon. For the Ministry of Home Affairs, we also offer a significant array of technologies to assist in border and homeland security. In many of these areas, we are engaged in dialogue with the government of India to determine if we can assist in dealing with the more complex challenges it faces.

Do you have any such programmes underway?

In terms of pilot projects, we have the training facility with an Indian partner in Gurgaon for civil airline pilot training and our technology partner also has a waste-to-energy plant in Pune. We are currently maturing this waste-to-energy technology in the US and once we have completed that will be offering the technology to India either through pilot or full-scale power projects.

Lockheed Martin looks forward to contributing to make in India’ 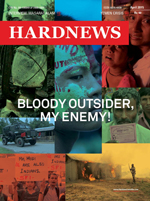