Owner promoters like Vijay Mallya are the norm rather than the exception when it comes to corporate India. There are many corporate honchos who use PSU money to fund their lavish lifestyles

Let’s get something right about Vijay Mallya. The popular narrative is that he milked the banks for Rs.9000 crores to support his hedonistic lifestyle in India and abroad, and took off when the debt burden became excessive or no more money was forthcoming to evergreen his debts. But we seem to forget that he enjoyed a hedonistic lifestyle much before Kingfisher Airlines.

He lavished money on the Janata Dal of Ramakrishna Hegde and Deve Gowda, the BJP of Atal Behari Vajpayee and LK Advani much before Kingfisher. The BJP itself, that is the party and its MLA’s, took over Rs.100 crores from him for his two Rajya Sabha elections, and the Deve Gowda rump of the Janata Dal probably took more. The Congress never allotted him votes, surplus or otherwise, but it does not mean that the Congress and other parties did not benefit from Mallya.

The Rs.9000 crores he is now found owing to the PSU Banks and others is the money he lost on Kingfisher Airlines. I understand the loan money is about Rs.4000 crores and the rest is interest and the interest on interest. The banks just kept lending him money to evergreen his loans. This was not possible without political and bureaucratic support. Even if one little Joint Secretary or one little MP or one little bank manager red flagged the growing stain of red on Kingfisher Airlines debts, the bleeding could have been stopped. Mallya just did not milk the banks to keep Kingfisher Airlines afloat; he also milked his own companies such as United Breweries and United Spirits to support its flight into the deep red.

When a business makes a loss, it doesn't mean the money was stolen. It just means that it has spent more money than it has earned

When a business makes a loss, it doesn't mean the money was stolen. It just means that it has spent more money than it has earned. This means employees got paid for all the years, except the last year, most of the time when the airline did not fly, the oil companies got paid for aviation turbine fuel supplied, the leasing companies got paid for the planes hired, the caterers got paid for the meals supplied on board, the airports got paid their landing and parking fees, and the taxes and cesses due for the most part were paid. All during this period, Kingfisher Airlines did not sell enough seats to cover the costs, or just spent more money than it earned.

The question then is why was Mallya lent money when quite clearly Kingfisher Airlines increasingly showed it had a business model that precluded it from earning money. Let us not forget that during this period Air India and Indian Airlines together lost Rs. 43,000 crores. The money lost under Mallya’s stewardship was a measly Rs.4000 crores. But we are not putting out Anant Kumar, Sharad Yadav, Praful Patel and Ajit Singh out to dry for its losses. Why? We do not even want to find out how much money was made by the politicians and bureaucrats during the last decade on account of the two public sector airlines? 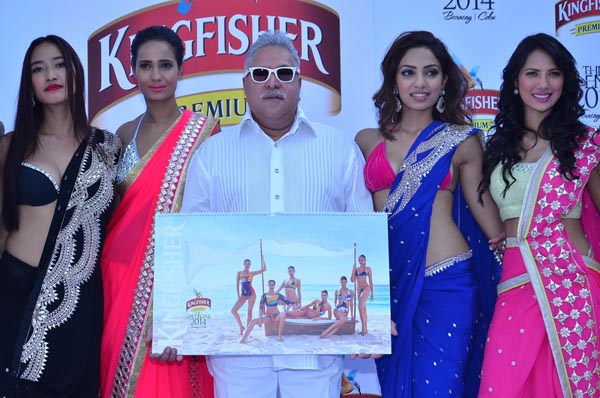 In the entire hullabaloo over Mallya’s last flight to the cooler and more salubrious climes of Hertfordshire (remember in Hertford, Hereford and Hampshire hurricanes hardly happen!) we are forgetting the bankers who lent Kingfisher Airlines for something quite as spurious as its brand name. We are forgetting the officials of the Banking Services department of the Finance Ministry, many of who served on the boards of the banks that lent Kingfisher Airlines money, and the many board directors who sanctioned the loans. Such loans are sanctioned when everybody gets to drink a little at the trough. Now Mallya has flown the coop that nurtured him, and it seems that all others stand absolved.

Forget Mallya. He wont be coming back soon. The banks can attach his cars and homes in India, but he is clearly out of reach of the “authorities” that don't really want him back. They probably don't even want him to live for too long and long for him to take his secrets to his grave. He just turned sixty, but his corpulence looks unhealthy. Mallya being a betting man would not probably bet on his own longevity.

But Mallya in his departure is serving one useful purpose. It takes away the focus on how other “industrialists” fund their lavish lifestyles and have created empires overseas. Anil Agarwal and the two Ruia brothers, Shashi and Ravi, are now bigger abroad than in India. Not long ago Nitin Gadkari was cruising on the Essar yatch berthed at Cannes. Our “industrialists” all use their company assets for personal pleasure. Company jets and lavish company homes are meant only for personal use and for the pleasure of others. Money is routinely extracted from corporate coffers not only for their girl friends and mistresses, but also for their conduits in government and politics.

Money flows from our business houses to political groups like Naxalites in Bastar and ULFA in Assam, in addition to all the mainstream political parties. The not too industrious industrialists, most of who make most of their money from the PSU banks, also fund the hedonistic political lifestyle of our elite. Why is the RBI not blowing its whistle to stop this? Why is the Department of Company Affairs so silent? One can understand Arun Jaitely acquiescing to this, but what keeps Raghuram Rajan from reading the riot act to the banks?

Let us not forget that during this period Air India and Indian Airlines together lost Rs. 43,000 crores. The money lost under Mallya’s stewardship was a measly Rs.4000 crores. But we are not putting out Anant Kumar, Sharad Yadav, Praful Patel and Ajit Singh out to dry for its losses

The problem is that we are far too invested in this system. If the banks tighten up, as many as six of our top ten business houses will fold up or will have to be dismantled. In other words really restructured. Except for Reliance Industries, Tata’s and Aditya Birla, all other major business houses are over leveraged and mortally indebted. If we rock the boats now, many will capsize. The economy will further slowdown. Mallya is relatively small fish. The big sharks are still circling the banks. Anil Ambani, Gautam Adani, GMR and GVK, Lanco are all well known big fish.

Will the Prime Minister please stand up in Parliament and assure the nation that all the moneys lent to them are as per norms and prudential banking practices, and that the loans are not being ever greened? Will Rahul Gandhi demand that the PM gives the nation an assurance on this? I don't think so. Both are betting on short public memories. We love gladiatorial sports and the Roman emperors best understood mass psychology. We have plenty of pilgrims to feed the lions and the public’s frenzy.

Owner promoters like Vijay Mallya are the norm rather than the exception when it comes to corporate India. There are many corporate honchos who use PSU money to fund their lavish lifestyles
Mohan Guruswamy Delhi

Read more stories by Vijay Mallya: The Art of Leaving