Yashpal Malik: Jats will vote against the BJP in Western UP

In the run up to the Uttar Pradesh State Assembly Election beginning on February 11, the Jats are working behind closed doors to find ways in which they can take the vote away from the saffron party. 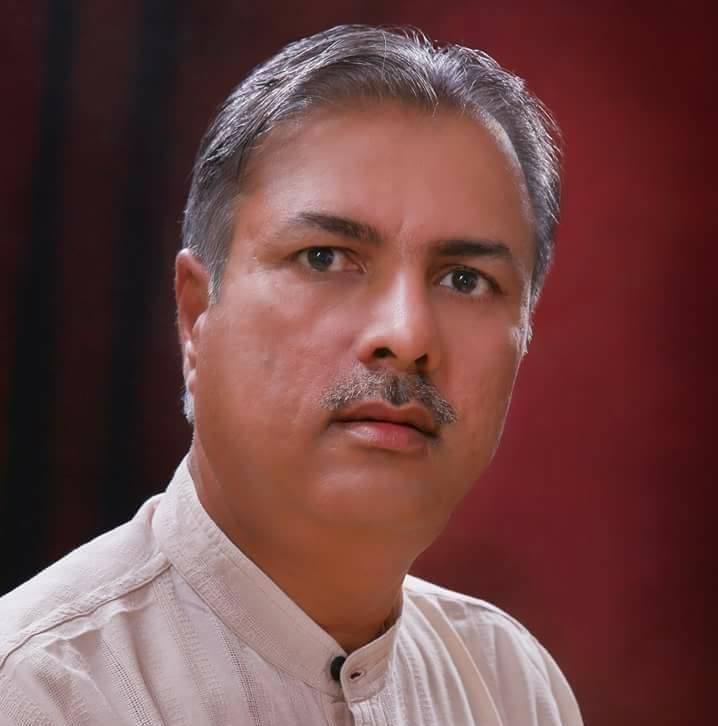 On January 8, the All India Jat Arakshan Sangharsh Samiti (AIJASS), which comprises of hundreds of Jat Khaps in North India, took a momentous decision at a rally of nearly 40,000 people in Kharad village of Muzaffarnagar: to not vote for the BJP in the upcoming assembly elections and to rebuild the Jat-Muslim alliance that was broken in the aftermath of the 2013 Muzaffarnagar riots.

In the office of  a construction company that is located on the ground floor of an incomplete mall in Ghaziabad, Yashpal Malik, the convenor of the AIJASS, is piecing together a new strategy that may change the outcome of the upcoming UP assembly elections for which voting starts from February 11. The 2013 communal riots disrupted the equilibrium of Western UP politics and consequently the communal harmony of the region as well. Jats shifted en masse` in favour of the BJP.

Three years is a long time when it comes to hinterland politics. The Jat community which was beguiled by the lofty promises made by the BJP in the run up to the 2014 elections is now increasingly wary of the BJP/RSS and its brigade. According to Malik, the community is no longer enthralled by the saffron party and wants to return to the days before the 2013 riots. Malik says, “The Jats and the Dalits are no longer going to fall in the trap of communal forces.” The estrangement of Jats towards the NDA should not come as news to those who follow the politics of this region closely. There was a palpable concern discernible in Malik’s analysis when he discussed the possibility of Muslims abandoning Jats and joining hands with the Dalits to give a fillip to the BSP’s chances in Western UP.

According to him, Jats are abandoning the BJP, due to their alleged duplicity manifested by denial of reservations and the gross mishandling of the Jat stir in Haryana. Malik, who was at the forefront of the pro-reservation agitation, alleges that nearly 30 people from the Jat community were shot dead in Haryana by forces that were given ‘shoot at sight orders’.  “Even in Kashmir they use pellet guns to avoid fatally injuring protestors, in other parts of the country they don’t shoot above the waist to avoid killing. If that is the case then why did they shoot young men in the chest?” he asks angrily. He reiterates that the BJP divides: first they divided the Jat community on the grounds of religion, and two years later they pitted Jats against non-Jats in Haryana. “Now we won’t allow any communalisation to take place, we won’t let the votes be divided between Hindus and Muslims.”

A team of five people are sitting, in another room, armed with the paper work that explains how their strategy can make a difference.  Poring over Excel sheets that has names of constituencies and vote share data, he says: “Jats have an influence in over 132 seats of Western UP, and 125 Lok Sabha seats in North India between Rajasthan, Madhya Pradesh, Punjab, Uttar Pradesh and Haryana. We made them [the BJP] win in 2014, and now we will make them lose heavily.”

Shamli which nearly one lakh Jats call home was the epicentre of the Muzzafarnagar riots. Due to the riots the party’s voter base in the region jumped from 9,000 votes in 2012 to over a lakh in 2014. “This time around we will not inflate the BJP’s support,” he said.

(The AIJASS, alleges that the while the BJP might get more seats overall in UP, but with the absence of their support in Western UP they forecast a pattern similar to 2012)

Malik’s efforts are to make his caste brethren aware of the BJP’s strategy. He recounts that in 2011, when the movement for reservation was gaining momentum, BJP leaders would sit on the stage with them. And after getting elected in 2014, PM Modi and BJP president Amit Shah called senior leaders of the community and promised them reservations. But in 2015 when the reservation order lapsed they did not do anything. Instead their party leaders in Haryana began to bad mouth the community. Malik adds that in Haryana, due to the absence of Muslims, Jats were painted as the villains by other-caste Hindus.

According to him, Jats are abandoning the BJP, due to their alleged duplicity manifested by denial of reservations and the gross mishandling of the Jat stir in Haryana. Malik, who was at the forefront of the pro-reservation agitation, alleges that nearly 30 people from the Jat community were shot dead in Haryana by forces that were given ‘shoot at sight orders’

In the aftermath of the riots, the Jats of Western UP have seen their political influence wane and economic fortunes plummet as a consequence of the breakdown of traditional economic ties with Muslims. Jat landowners have fewer working hands. The young Jats that were allegedly involved in the rioting have been slapped with thousands of cases. “In my rally recently, there were many Muslims,” Malik says. “In some ways the Jats and the Muslims are coming back together, efforts are being made and in some cases you see us working together. In the Bilari [Moradabad] by-election we saw them coming back together, we [the Jats] even voted for a candidate that we didn’t want to vote for so that we could mend ties with the Muslims.” This Muslim-Jat alliance, according to him doesn’t really ever break, at times there are some frictions, but these are temporary. “We all understood the way both the sides were used by politicians who lost nothing themselves in the riots.” Another worker is more realistic, “Perhaps we won’t vote the way we did in this election, but by 2019 we will come back as an electoral force.”

Whether this bridge building promised by the AIJASS will work or not will be ascertained shortly. Once the seats are declared, 125 units of the organistaion are being called in from the neighbouring states. They are going to come in and conduct door-to-door campaigns. The party hopes that by February 11, canvassing for all of the seats will be covered and the message will be driven home. Yashpal Malik, as a parting gift, says, “In the first week of February, I will tell you the seats where we will help defeat the BJP.”