"Our Relationship with India is Growing"

Saud M. Al-Sati, ambassador of the Kingdom of Saudi Arabia, discusses foreign policy and other matters in an interview with Hardnews

How would you describe the relationship between India and Saudi Arabia?
Our relationship is excellent, historic and growing. Saudi Arabia and India share friendly ties that have strengthened over centuries. Arab and Indian sailors were great partners during the pre-Islamic period, forming close ties through commercial and trading exchanges. The advent of Islam in the early 7th century served to consolidate the historical links between India and the Arab world. Islam arrived in India mainly through Arabs who were active in maritime trade in the coastal towns of India.

In 1932, when King Abdulaziz Al-Saud established the modern Kingdom of Saudi Arabia, India was one of the first nations to establish ties with the kingdom. The formal establishment of diplomatic relations between the two countries started post-India’s independence in 1947. Over the years, many high-profile visits have cemented our special bond. Our mutual cooperation is based on the wide range of shared interests, including stability in our region, economic development, energy, trade and investment, and the very core bond that we share – of a people-to-people connect. The Indian community in Saudi Arabia is the largest expatriate community in the Kingdom with over three million employed in a selection of sectors in Saudi Arabia – from technical and research, engineering and construction to telecommunications and health. Their contribution is well acknowledged by both countries. Given these bonds, I feel that our strategic partnership is strong and constantly evolving.

There was great optimism after Prime Minister Narendra Modi’s visit to Riyadh. There was also a suggestion that the Indian economy will attract considerable investments from Saudi Arabia and India’s energy needs will be met by your country. What is the status?
Indeed, there is great optimism between the two friendly nations. The Custodian of Two Holy Mosques, King Salman bin Abdulaziz Al Saud, hosted India’s Prime Minister, Narendra Modi, in 2016. The two countries agreed to increase our partnership in trade and investment by facilitating investments from the private sector in both countries. During the same visit, Mr Modi invited Saudi Aramco, SABIC and other Saudi companies to invest in the infrastructure sector in India and to participate in projects creating mega industrial manufacturing corridors, smart cities as well as participate in Digital India and Start up India initiatives. Many of our companies have expressed interest in investing in India, in the sectors of shipping, railways and seaports. The signing of a framework agreement between General Investment Authority in Saudi Arabia and Invest India during the visit was aimed at facilitating investments by the private sectors of both countries. We also emphasised the importance of collaborating in the fields of science and tech – especially in the area of renewable energy, IT, space tech and arid agriculture, among others. I must also add that I find tremendous optimism in the great bond the people of Saudi Arabia and India share and the cooperation and support they extend to each other. Indians working in the Kingdom send more than US $10 billion of tax-free remittances to their families and friends in India. 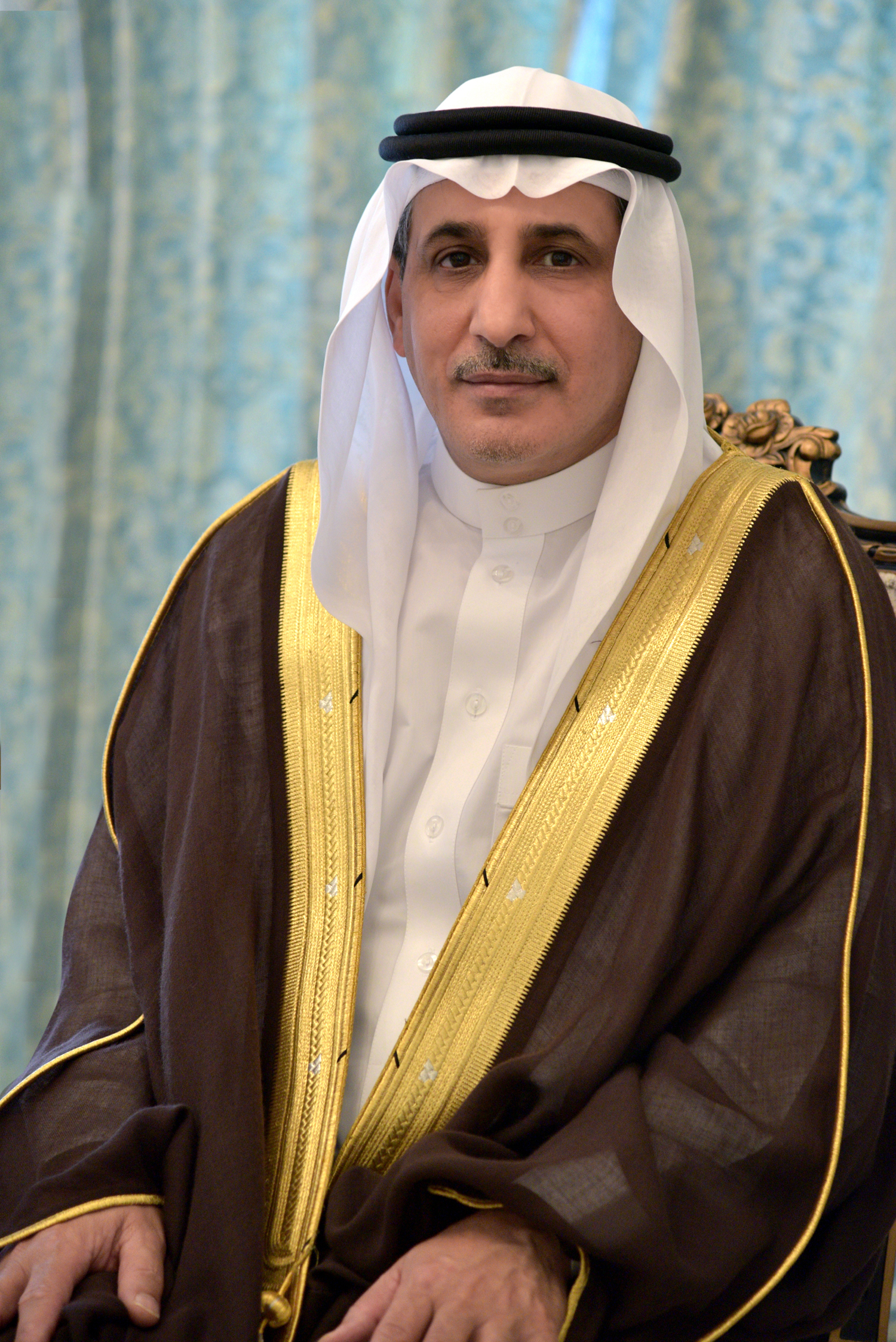 Periodically, we get reports about labour disputes between Indians and their Saudi employers. There are also reports about poor working conditions. What is the Saudi Arabian government doing to prevent such occurrences?

The community of Indians in Saudi Arabia includes doctors, engineers, IT professionals, workers, chartered accountants, managers, students and teachers. More than 400 Indian companies are present and well-established in Saudi Arabia, employing thousands of people. Our government has zero tolerance for any transgression of anyone’s rights including workers’ rights. The concerned authorities in the Kingdom, when provided with valid information, investigate the details of every incident with the full force of the law. If any of the alleged incidents are found to be true, violators face proper legal action.

However, we also welcome any efforts to curb the activities of illegal brokers and recruiting agents so that they are not able to exploit or mislead employment seekers going to the Kingdom. I do feel that alleged isolated incidents should not be seen as the norm and should not be generalised to portray a country or society in an adverse light.

India’s dependence on Saudi oil goes up, depending on its relations with Iran. Now that the sanctions against Iran are off, the supply of crude from Iran has increased. How does Saudi Arabia look at the warming relationship between India and Iran?
Saudi Arabia and India, as reiterated above, share an excellent relationship. Energy is an important focus of bilateral trade between Saudi Arabia and India and this has grown exponentially over the years. Our strategic partnership rests on an important pillar of energy security; we are one of the leading suppliers of crude oil to India. In the recent joint statement between the leaders of Saudi Arabia and India, there has been an agreement to take the relationship to a deeper partnership focusing on investment and joint ventures in petrochemical complexes and energy cooperation. Further ministerial visits have included discussions on various other expansions in the energy sector. I will not comment on relationships that exist between India and other foreign countries.

Saudi Arabia has been in a protracted war with its neighbour, Yemen. Why do hostilities continue after more than two years?
We are not at war with Yemen. Saudi Arabia and a coalition of countries have come together to save the people of Yemen from the clutches of the Houthi militia, who have been waging a war and killing thousands of innocent civilians in Yemen. The Saudi-led coalition is providing military assistance to Yemen, based on an official request from its legitimate and internationally-recognised government headed by President Abd Rabbo Mansour Hadi, to counter the violence of the Houthi militia groups allied with supporters of former President Saleh.  Various reports have confirmed that Houthi militias and Saleh have committed brutal violations of the Yemenis’ rights, including conducting arbitrary and unlawful deprivation of life, indulging in politically-motivated disappearances and kidnappings, torturing innocent civilians and running illegal prison detentions, using excessive force and other abuse in internal conflicts and violating all civil liberties. We stress the importance of preserving Yemen’s unity, achieving its security and stability and supporting its legitimate government. In Yemen, Iran is supporting the Houthi militia with weapons, training and funding, causing death and destruction to civilians and threatening maritime security. As reiterated by our Foreign Minister, Adel Al-Jubeir, Saudi Arabia considers Iran to be the lead State-sponsor of terrorism; a country that made exporting revolution and trouble its foreign policy objective. Iran’s destabilising activities are the main reason for the ongoing instability in the region. Our position with respect to Iran is constant and hasn’t changed – we welcome good bilateral relations with Iran based on the principles of good neighbourly relations and non-interference in the affairs of others. Iran has to stop its nefarious activities and end all its support for terrorist and unlawful groups in Yemen, Syria, and elsewhere. UNSC Resolution 2216 called on all parties and member states to refrain from taking any actions that undermined the legitimacy of the President of Yemen, Abd Rabbo Mansour Hadi, and emphasised the need for a return to the implementation of the Gulf Cooperation Council Initiative and its Implementation Mechanism and the outcomes of the comprehensive National Dialogue conference. Saudi Arabia has offered its full support for the UN efforts regarding Yemen, and hopes that the Yemeni parties resume talks and arrive at a peaceful solution very soon. Further, the King Salman Humanitarian Aid and Relief Centre, the leading centre for relief and humanitarian activities, has provided more than US $590 million towards relief work in Yemen. The relief centre is at present supporting more than 120 projects in Yemen in the areas of food security, safety, shelter, water, health and sanitation. 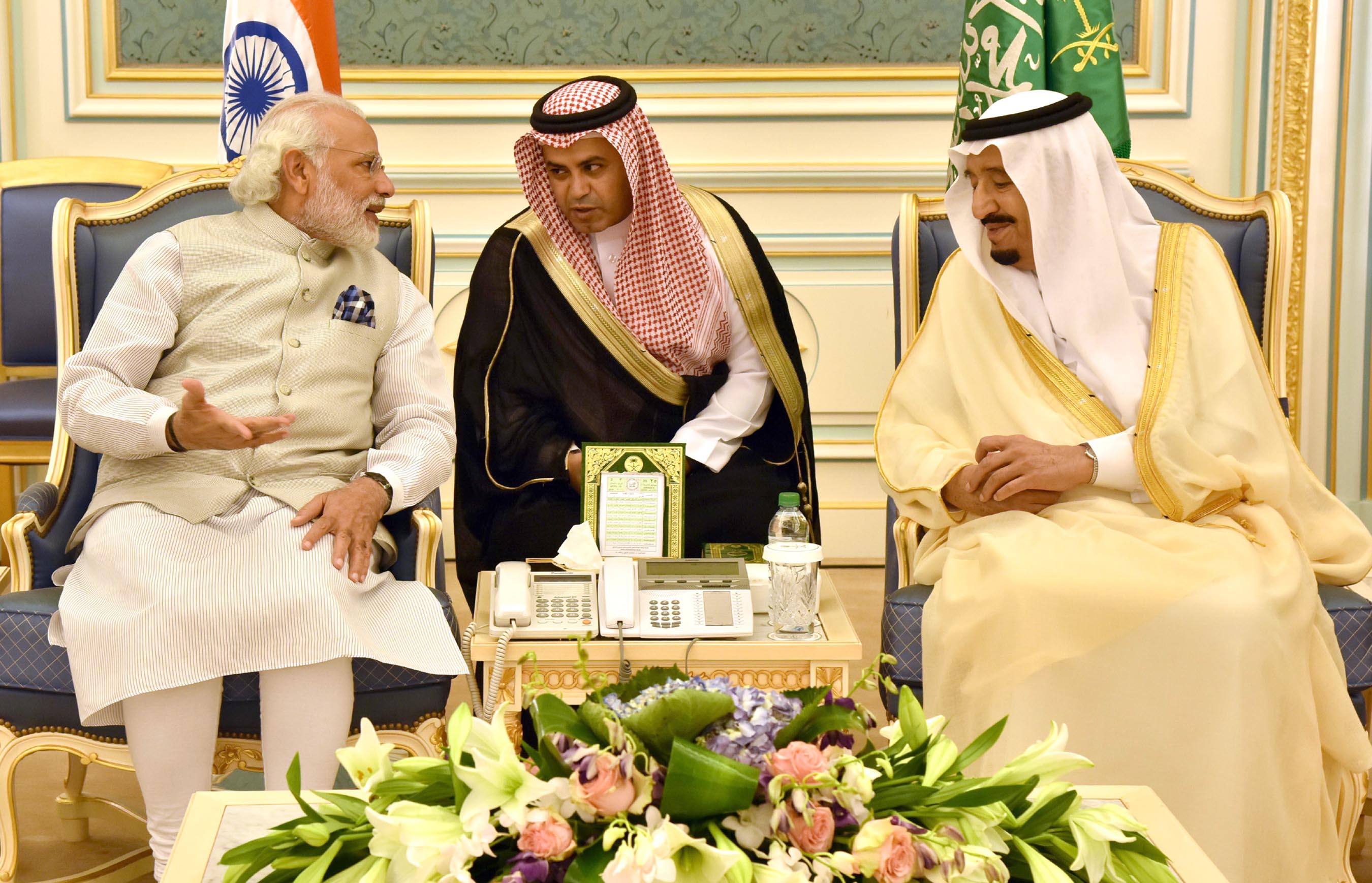 How do you perceive the US bombing in Syria’s Hama? Do you think that it is possible to restore peace in Syria?
The bombing came as an action against the use of chemical weapons by the Assad regime against civilians, which we strongly condemned. We also supported the American strike targetting the military base that was used in the chemical attack against the Syrian people. The Kingdom of Saudi Arabia strongly supports military operations carried out against Daesh in Syria. We are committed to working together to ensure the complete defeat and destruction of Daesh. We stress our firm stance of preserving the unity and territorial integrity of Syria and maintaining its security. We call upon the international community to take a firm stance against Iran and its militias’ interferences for demographic and sectarian change and ethnic cleansing in Syria.

The biggest threat to the Middle East that also contributes to Islamophobia comes from the Islamic State (Daesh). Do you think the threat is ebbing or growing?
We strongly condemn the crimes against humanity committed by Daesh in Syria. We were one of the founding members of the international coalition against Daesh in Syria, and we are confident that the International Coalition will defeat and destroy them. Our foreign minister has reiterated that the Kingdom is willing to provide special forces to fight Daesh. We are fighting terrorism – militarily, ideologically, and politically. We strongly believe that Assad, who is responsible for the death and displacement of millions of Syrians, has no legitimacy to continue as the leader of the country. Syrians are fighting against this brutal regime that kills them every day. The King Salman Humanitarian Aid and Relief Centre has set up emergency relief programmes to address the health needs of victims of the Khan Sheikhoun chemical attack.

"Our Relationship with India is Growing"

Saud M. Al-Sati, ambassador of the Kingdom of Saudi Arabia, discusses foreign policy and other matters in an interview with Hardnews
Hardnews Bureau Delhi

Read more stories by "Our Relationship with India is Growing" 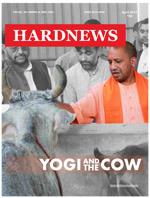