Lima airport could be any airport in the world, with bored travellers playing Solitaire on their iPads or rifling through their email, except that the onward destinations – Cusco, Chicalyao, Iquitos, Truijjlo – make Peru a lyrical mystery.

One feels lightheaded as one lands at Cusco, the ancient capital of the Incas, and not all of it is the excitement of seeing quaint curved roads or cobbled streets. Perched at 11,000 feet, Cusco, like Leh, needs time to get acclimatised to. It is best to carry some high-altitude medicines, sip on mate de coca, a herbal tea made from raw coca leaves, and rest, before you soak in Cusco’s delights.

And the delights are many. From the quaint markets where rows of shops sell everything Peruvian from woven bracelets and Andean ponchos to the chullo (Peruvian earflap hat). If you can tear your eyes away from all that colour and design, you’ll find yourself navigating its picturesque alleys as quaint auto-rickshaws pass you by till you get to the De Plaza De Armas – the main square of the city which transports you back to its 15th century origins, with Spanish Baroque architecture in full display at the Cusco Cathedral. Actually, Cusco can’t quite shake off its other illustrious ghosts too, as its Incan past peeps through a fortress wall here or a rampart there, making the town a perfect meld of these two civilisations.

If you want to know more about the Incas, you need to make a day trip to Sacsayhuaman, high above Cusco. The complex was constructed of massive stones, some weighing as much as 300 tonnes, cut to fit together without the use of mortar. Today, many of the outside walls, built in a tiered, zigzag formation, remain and amaze visitors, as does its spectacular view of the entire valley. You touch the stones and you can feel the thrum of battles past, lie down on the grass and see the jaguar’s head for which Sacsayhuaman is named and let your imagination soar about the ceremonies once held here. 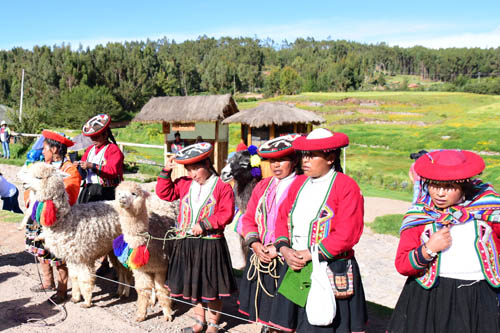 Coming back in the evening, loaded with memories and an Alpaca wool shawl or two from the weaving workshops in Sacsayhuaman, we greet the De Plaza De Armas like an old friend. The square is dotted with restaurants, and if you are adventurous, you could get your fill of Peruvian cuisine here from Alpaca steaks to cuy (guinea pig), a staple of Andean cuisine for over 5,000 years. As we walk down, satiated, to our hotel, one look at the star-filled sky builds up a little bit more of the excitement that lies in store for tomorrow.

TALKING WITH MEN OF CENTURIES PAST

Cusco, lovely as it is, is always for the bucket list initiated, the gateway to more treasures that lie in store – that of the ancient forgotten citadel of Machu Picchu. So we set out at the crack of dawn, on an hour-long bus drive, then on a quaint wooden railway train from an even more quaintly named station, Ollantaytambo. The train offers an engaging view of the Sacred Valley of the Incas as mountains and streams emerge from the mist of the morning. The clickety-clack rhythm of the train and immaculate, comfortable cars with plush leather seats, overhead windows, and snacks make the journey an easy one. Once you alight at Agua Calientes, there is yet another Mercedes-Benz bus ride that takes you across the mountain to the gates of Machu Picchu. This is the cheater’s guide to reaching Machu Picchu, because true pilgrims to this dream destination make the more arduous four-day Inca trail trek.

But whether by bus, or foot, the first sight of Machu Picchu remains the same – breathtaking! That’s because the view remains the same as when explorer Hiram Bingham III encountered Machu Picchu in 1911, with the verdant mountains surrounding the lost city, as devoid of modern settlement today as during the days of the Incas. The sun plays hide and seek amongst the perfectly preserved walls, and the clouds roll in and hover delicately over Huayna Picchu, the small green peak, shaped like a rhino horn, that offers the perfect background for your Machu Picchu photo-ops.

This is the first visit for us so instead of hanging on to every word of the guide on the fascinating history of the place (and fascinating it is), we wander off to take a look at the panoramic views this citadel offers through every unfinished door and window. You can see the nearby holy mountains or apus rise in their majestic glory, as you stare at the sheer drop of the verdant cliffs, or just stand and feast your eyes on the angles and shadows of this citadel. The stones in these handsome buildings have been cut so precisely, and wedged so closely together, that it is a marvel of Incan architecture. Peru is a seismically unstable country and without this building method, many of the best known buildings at Machu Picchu would have collapsed long ago. 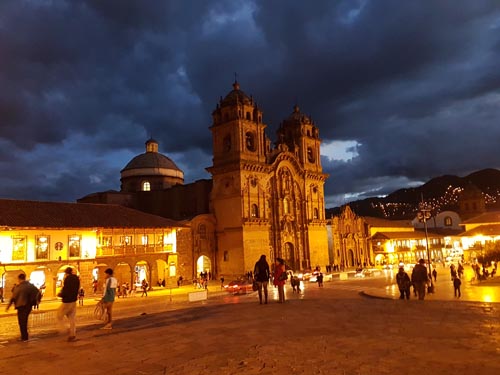 Machu Picchu is a place that you can build up in your imagination, hoping reality doesn’t disappoint. But when you are there, standing in this isolated abode of gods and grandeur, you realise reality goes much, much beyond your imagination.

“These particular symbols were signs. Signs made by a race of individuals much larger than yourselves” – The Wonders

You are in a small Cessna plane where the air-conditioning is struggling to cool its eight passengers, the air almost mirroring the bone-dry desert below. The sky is azure blue, the sun is bright, but our eyes are focused on a grid of lines that make elementary geometry come alive. There are triangles and trapezoids, rectangles and squares or lines that have just decided to make their way as they please. Then the plane veers sharply to the left as the pilot tells us to look carefully at a figure etched in the desert. As you peer out, you see a huge spider shape magically morph in your cabin window. Its spindly legs, little sac and head look pretty impressive, even from 15,000 feet in the air.

Designated a UNESCO World Heritage Site in 1994, the Nazca lines are a series of geoglyphs that represent birds, animals, shapes and insects. These first became popular in the late 1920s, when commercial air travel was introduced between Lima and the southern Peruvian city of Arequipa. That is, because these geoglyphs are so huge that they can be seen in their complete glory only from the air. Some 700 geoglyphs are thought to have been drawn by the ancient Nazcas between the first and sixth centuries. They made the geoglyphs in a deceptively simple fashion. By simply removing a layer of dark stones cluttering the ground, exposing the lighter sand beneath, they created markings that have endured for centuries in the dry climate.

As we fly for an hour, we see a huge hummingbird strum its way out of the rocks, an astronaut-like figure etched on the hill, a condor spread its wings and a monkey with a spiral tail sit calmly as if posing for our cameras.

As the plane flies back, we try to decipher why the Nazca tribe created these geoglyphs. Theories have ranged from them being religious Inca paths, irrigation plans, lines for an astronomical calendar to even landing strips for alien spacecraft.

Whatever the reason, the lines serve as signs of what human ingenuity can achieve and what treasures still lie to be unearthed by explorers.

A  MOMENT OF CREATIVITY 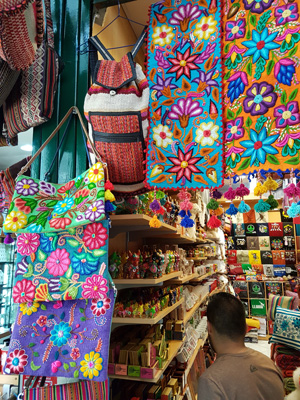 A city of eight million inhabitants, perched alongside the Pacific, Lima veils its beauty at first. As we pass suburb after suburb of concrete blocks of houses, it could be any city, on any continent. Then the road gives way to the blue Pacific on one side and towering hills on the other. Little Spanish stucco houses come into view and flowered boulevards beckon. As we pass stylish women in high heels and men wearing their Inca and Spanish heritage with pride, we encounter a city that is centuries old but brimming with 21st-century sophistication.

There’s fusion cocoa chocolate in a corner and haute cuisine cevicheria in another. Pisco Sours vie with the best martinis and even a humble sandwich can taste like ambrosia. Lima is of course the gastronomic capital of Peru, and there’s a lot to choose from. Home to Gaston Acuiro, Peru’s most celebrated chef, you can try a tasting menu at Astrid and Gaston, his hip new restaurant at San Isidro, or just wander through the restaurants at tony Miraflores to try out the many versions of ceviche – Peru’s national dish of raw fish, purple onions and bits of ají pepper with lime juice. Then there’s Loma Soltado and Pollo a la Brassa for meat lovers. And of course potatoes (Peru is home to more than 3,000 varieties of potatoes) which get added to everything – soups, stews, sauces – besides being served colourful and cold too. Our favourite was the causa, a cold casserole of tuna, potatoes and avocadoes served slice by delicious slice. Even the recipes ring melodiously on your taste buds from tacu tacu (refried beans and rice pancake) to cammu cammu juice, made from the delicious Amazon berry.

The Pacific is omnipresent, whether you are on for a spot of surfing or just cruising through the El Parque Del Amor, a mosaic tiled garden for lovers with the most fabulous views of the city. You can also simply sit and drink a Pisco Sour, the quintessential Peruvian cocktail, or chichi (purple corn juice) on your blanket by the sea.

Lima, with its colourful nightlife and elegant lifestyle, is a city that dances to the ancient Pan pipes of celebration and joie de vivre.