Lt. Col. Purohit gets bail, activists ask what about other terror accused? 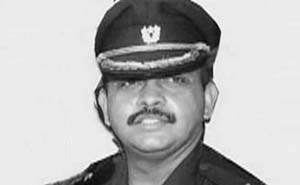 Malegaon blast accused Lt. Colonel Prasad Shrikant Purohit is expected to walk out of Mumbai’s Taloja Jail today as he has been granted bail by the Supreme Court. Reacting to the development, the Jamia Teachers’ Solidarity Association (JTSA) released a press statement and said that they hoped the ‘justice’ granted to Colonel Purohit is extended to all terror-accused, irrespective of their religion.

Here is the statement released by JTSA:

We know that bail in terror cases, especially those involving bomb blasts, is rare, if not altogether impossible to secure. Take for example, the following cases. Mohd. Aamir Khan’s bail application was repeatedly turned down even when his lawyer furnished medical certificates vouching that his old mother had suffered a paralytic stroke. This was at a time when he had already spent over 12 years in jail, and had been acquitted in over a dozen of the 19 cases he was implicated in. The reason was that the case was too ‘sensitive.’ Abdul Wahid Shaikh spent 11 years as an undertrial in the Mumbai suburban train blasts case, during which he developed an eye ailment following custodial torture. But his bail application filed on medical grounds was rejected consistently. Even where absolutely no violence was alleged, as in the Kabir Kala Manch case, Sachin Mali, Sagar Ghorke and Ramesh Ghaichor could secure bail only from the apex court five years into their incarceration. We hope the 'justice' shown to Lt. Col. Purohit can be extended to all terror-accused.

From our experience of working on terror trials, we know that evidence in these cases is often flimsy—with investigators relying largely on confessions, and exaggerated hope that judges will overlook the lack of evidence and accrue more importance to the ‘sensitive’ nature of these cases. So it is not unusual for terror accused to spend protracted years in jail before being acquitted. However, the Malegaon case is no run of the mill terror case.  There are strong grounds for suspecting that evidence is being rendered flimsy deliberately by the prosecution. Rohini Salian’s revelations earlier gave credence to it. The National Investigative Agency’s (NIA) clean chit to Sadhvi Pragya, despite the fact that there was very crucial material evidence in the form of her motorcycle that was used to mount the explosives, was a clear indication of the agency’s complicity and interest in the destruction of the entire case. It was only a matter of time that other key accused would also be let off. Bail may be the first step in that direction.

What is however most fascinating in the entire Col. Purohit saga is his defence that he was merely a mole for military intelligence on whose behalf he claimed he had infiltrated these Right-wing organisations. Purohit’s lawyer argued in court that he was duly reporting on the conspiracies being hatched by the organisation to the Military Intelligence (MI). We are told that even his intercepted telephonic conversations with other co-accused and conversations of the meetings recovered from the laptop of Swami Amrutanand, where Col. Purohit is heard sharing the political vision of ‘Aryavarta’ with co-accused, should be seen in context of the covert military operation where he was trying to generate counter intelligence. In short, the claim seems to be that Col. Purohit was carrying out his professional duties by infiltrating and spying on these organisations which the MI thought constituted a potential threat to national security.

How does this then square with the fact that these very organisations, which were being apparently spied upon by Col. Purohit have adopted him to the extent of offering him legal aid. Today’s newspapers report that Himani Savarakar (who passed away in 2015) provided legal support to Purohit. Her son, Satyaki Savarkar, has told the Indian Express that “Lt. Col. Purohit is a brave army officer. It was our duty to support him and his family by all means”. (IE, August 22, 2017). His claim that he has been 'caught in political crossfire' does not stand up to scrutiny, when it is clear that he is fully ensconced with organisations like Abhinav Bharat.

The Sanatan Sanstha has demanded that all police officers who frame innocents should be punished (IE August 22, 2017). For once we would agree with them. We will be only too happy to send a list of such innocents whose lives have been ruined by false charges and extended incarceration and maybe start with Mohd. Nisaruddin, who spent 23 years in jail before being acquitted by the Supreme Court in 2