Nestled in between two gigantic neighbours—India and China—Nepal has often found itself mired in situations when it has to juggle the primacy it places on its ties with the two nations. The Himalayan nation’s allegiance to either an assertive New Delhi and an imperial Beijing has shifted back and forth over the years depending on the powers that be. There is much talk lately about China and its funding to infrastructure projects that would ostensibly bring prosperity to Nepal. A new narrative spun by sections of Nepalese society and political class says that the renewed Chinese support would reduce Nepal’s dependence on its southern neighbour, India. This narrative received an increased impetus subsequent to Madhesi blockade in 2015 against the newly promulgated Constitution that was perceived to be non-inclusive and anti-federalism. The protest movement was projected as India-sponsored ‘economic blockade’ by a section of Nepalese media holding anti-India views and also the then ruling political party, Communist Party of Nepal, (CPN (UML). The attempts thereafter have been to cosy-up to China to attract investments and provide them as much space as they want in Nepalese economy, society and also polity.

But one must pause to see the direction the Nepalese are headed in? Are these efforts to seek investment from China actually resulting in robust infrastructure in Nepal, except few cosmetic changes here and there? All major China-supported projects in the Himalayan nation are mired in cost overrun, delayed implementation and compromise on quality, like the West Seti, the Kulekhani 3 and the Budhigandaki hydropower projects. Various projects taken over by Chinese companies continue to remain incomplete as neither the agreed terms and conditions were honoured by the Chinese nor the time schedule on which they were supposed to be completed.

A study of the actual on-the-ground situation in each of the five mega infrastructure projects funded by the Chinese is highly revelatory. It was not only the norms of awarding a project to a foreign entity that were flouted in favour of China but also major compromises were made in the process. Nepal’s impatience to grab Chinese investments has been fully exploited by China, which has been trying to wean them away from India’s sphere of influence like a pied piper. Take the example of West Seti hydropower project which was awarded to a sub-group of China, Three Gorges International Corporation (CTGC), in 2012 without any international bidding. The plan was to create a 750MW power generation unit but the project did not see any progress till 2016. Last year, after the Nepalese government threatened to scrap the deal, CTGC signed a framework agreement with Nepal Electricity Authority in January 2017 but the project still hangs in limbo because the agreement is yet to be ratified. The original idea of the project was to export the electricity generated from the plant to India. However, at the behest of China, Nepal eliminated that clause and inserted one which said that the electricity will be consumed domestically.

It was not only the norms of awarding a project to a foreign entity that were flouted in favour of China but also major compromises were made in the process. Nepal’s impatience to grab Chinese investments has been fully exploited by China

Another instance of delayed implementation relates to Kulekhani 3 hydropower project which has missed its fourth revised completion deadline set for July 2017. It was awarded to awarded to Chinese companies Zhejiang Jiahi and Sino Hydro in 2008 and was scheduled to be completed in 2012. The project faced not only time overruns but also cost escalation due to delays. The Initial estimated cost which was NR 2.43 billion is now doubled to NR 4.22 billion. The inordinate delay in the completion of the project prompted the National Planning Commission of Nepal to declare Kulekhani 3 a “troubled hydropower project.”

The fate of Gautam Buddha Airport upgradation project, awarded to North West Civil Aviation Airport Construction Group of China in 2014, appears to be steeped in uncertainty just like the others. The airport infrastructure was to be improved as part of Nepal’s national pride project so that it could function as an international airport to serve the fast-rising business and industrial hub of Bhairahawa and facilitate international pilgrimage tourism to Lumbini, the birthplace of the Buddha. The upgradation work which was to be completed by December 2017 is now revised to be finished by 2019. Nepalese authorities have attributed slow progress on the project to very low bidding price and the weak cash flow situation in the Chinese company which grabbed the tender. Exasperated at the lack of desired progress, the Civil Aviation Authority of Nepal is contemplating measures to terminate the contract of the Chinese firm. They have also hired international contract management experts to resume the upgradation work at the airport. 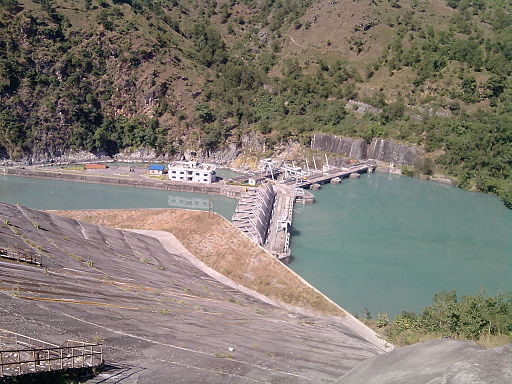 After remaining mired in troubled relating to funding problems, Pokhara Regional International Airport witnessed some progress in August 2017 when the Chinese company, which was awarded the contract, started the construction work. The project, which was formulated at the cost of NR 22 billion, will be financed by China’s Export and Import Bank under a loan agreement with Nepal government. The airport, which was to be ready by July 2020, is now planned to be completed by July 2021 on paper at least. Whether it will happen or not remains to be seen.

Likewise, Solar Power Project has run into controversy with the PAC directing the government to scrap the contract awarded to a Chinese company. The committee contended that the decision was against procurement law. On May 16, China’s Risen Co Energy Limited had bagged the contract from the Nepal Electricity Authority (NEA) management at the price of approximately NR 3.88 billion, despite the fact that the bidder ranked fourth in the financial proposal. An English daily in Nepal quoted PAC chairman Dor Prasad Upadhyaya as saying, “There (were) other bidders with equally good technical qualifications as that of the selected bidder, but the contract was given to this company in a premeditated way.” The committee has now asked the authorities to start a fresh tender to install solar power plants in the premises of Kulekhani reservoir in Makwanpur district and Devighat Hydropower Project in Nuwakot district. The project is already one and a half year behind its schedule and the NEA has stated that it could be abandoned if the World Bank decides to withdraw from financing due to overrun.

The Budhi Gandaki hydropower project, awarded in June 2017 to China Gezhouba Group Corporation without any international bidding, has also run into troubles. A joint meeting of the parliament’s Agriculture and Water Resources Committee (AWRC) and Finance Committee has instructed the government to scrap the contract awarded to the Chinese firm to build the 1,200-megawatt hydroelectric project because the tender was awarded without bidding in violation of the Public Procurement Act. An English daily quoted Prakash Jwala, chairperson of the Finance Committee, as saying that the government made a blunder by awarding the project to a firm whose track record has been abysmal. He had said, “This project was handed over to a controversial Chinese company whose track record is so bad in Nepal by flouting various laws like Public Procurement Act. The intention behind selecting this Chinese firm is only to hold the project. How can a company, which could not build even a 30-megawatt project (Chameliya), build such a mega project?” Opposition to the project has also come up from political parties citing provisions in the Nepalese Constitution which ensures compulsory local investment in the development of natural resources. Experts are of the view that if the Chinese company proceeds with the development of the project, the cost is bound to inflate. Taking into account this viewpoint, the PAC of Nepal has summoned the concerned government officials involved in the deal.

After the two-month-long standoff with India in Doklam plateau, China has accelerated its engagement with Nepal. The country’s foreign minister Wang Yi has promised to take the ties between Kathmandu and Beijing to a new level and the sentiment got a major boost when Nepal’s deputy prime minister Krishna Bahadur Mahara visited Beijing in September first week and met several high-level officials, including Premier Li Keqiang. To show that China approved of Nepal’s neutral stand during the Doklam standoff, Li had also said, “China is ready to provide support within its due capacity toNepal’s economic and social development.”

Because of the growing bonhomie between the two nations, quite obviously, the developments in Nepal are being watched keenly by the neighbourhood. With the Left parties coming together to form a pre-poll alliance in October first week, the rumour mill is churning various kinds of news as to how the tieup will impact India and China. While some experts allege India’s role in forging the alliance, others claim that the tieup had received Beijing’s nod. The opinion is divided over how it will benefit or harm India’s interests. Considering that New Delhi has had its share of troubles with the CPN (UML) chief K.P. Sharma Oli in the past, a unity government under Oli’s leadership will be in Beijing’s favour.

However, Nepal needs to tread the ground carefully. While seeking closeness to and investments from Beijing, Nepal will have to seek answers to a few questions: Why is China interested in Nepal? By helping Nepal, is Beijing serving its own nationalistic interests? Could the funds coming in from China land Nepal in a debt trap like Sri Lanka (which was forced to lease its Hambantota port to China for 99 years in order to pay back the debt)? Nepalese must ask themselves what are the commonalities between China and Nepal, in terms of religion, language, food, dress, culture and identity? China, as of now, is like a new toy being held in high esteem. Once its glitter is gone and it shows its true nature, it might be too late for Nepal. 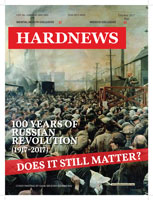