The Argument Against ISIL 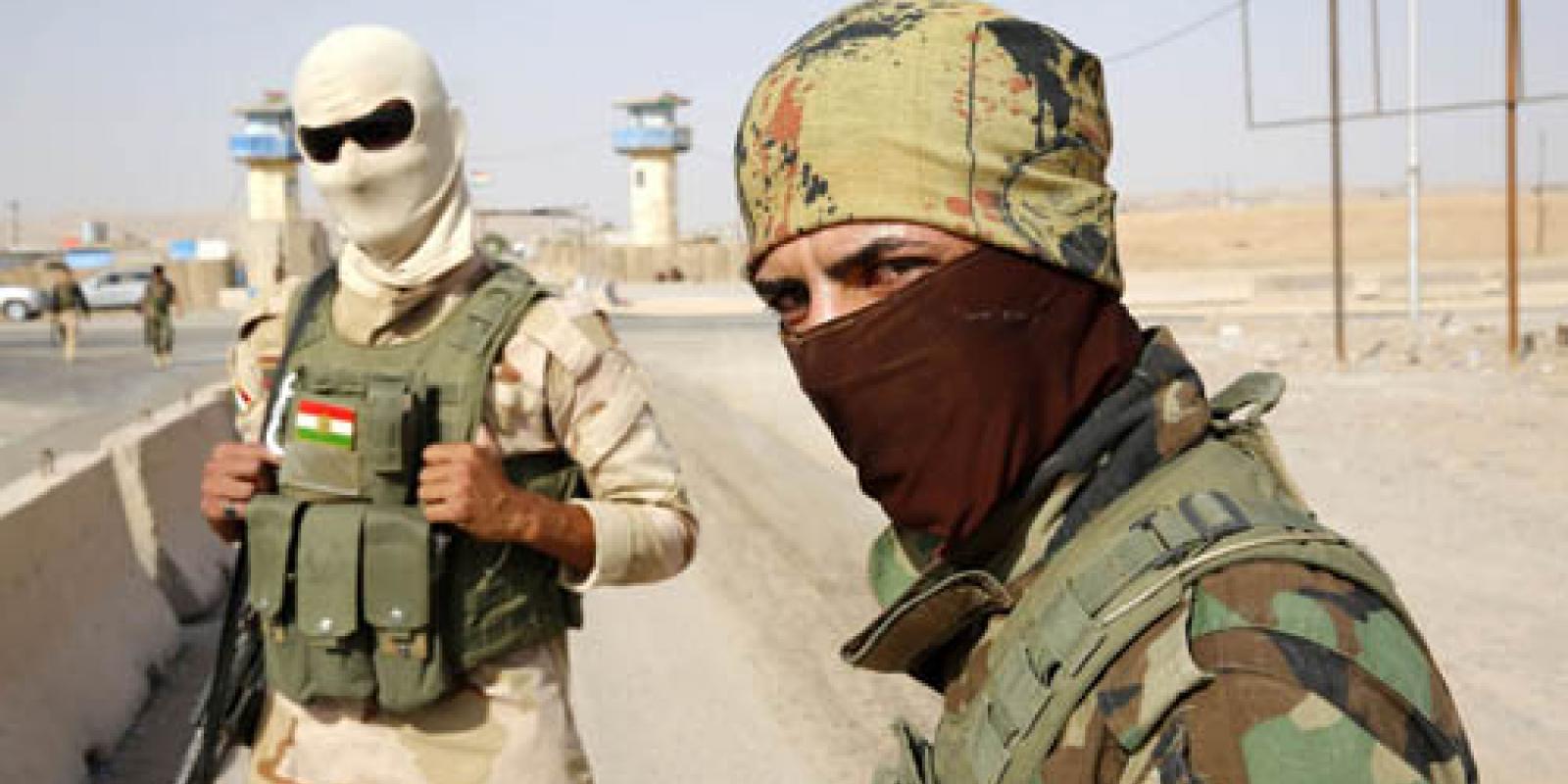 The recent upsurge of terror by ISIL can’t be viewed as detached from the on-going Syrian crisis, which has been providing it ample momentum, ammunition and a base

Lack of concrete facts, externally-driven speculation, menacing underlying agendas, and a multitude of stakeholders with competing interests sum up the predicament in Iraq. While most media channels have converted their newsrooms into stadium desks to deliver a goal-by-goal account of the 2014 FIFA World Cup, the coverage of the Iraqi crisis is pitiful. Information flow is erratic, sources unofficial and undeclared, arguments unsubstantiated and, on top of that, false images are being propagated. The media has sold itself cheap and is playing the role of mouthpiece for different actors.

While the Islamic State in Iraq and Levant (ISIL) – a splinter organisation of the extremist Al Qaeda in Iraq (AQI) – has taken upon itself to establish an Islamic caliphate following a specific extremist interpretation of Sharia law in the region, certain media outlets are presenting it as a revolution against the Shia-dominated regimes of Iraq and Syria. Western media and local channels like Al-Arabiya, Al-Arabiya al-Hadath, ANB and Al Jazeera are being criticised for giving a strong sectarian tint to the conflict and supporting ISIL. Statements like that of the Doha-based International Union of Muslim Scholars, citing the “great injustice and severe exclusion” of the Sunnis in Iraq as the reason for the “popular revolution” in the country, are being propagated as the public sentiment of the region’s Sunni community with headlines like ‘Iraq’s tragedy of errors: Why the Sunnis are revolting’. Despite the lack of live coverage or any corroboration, ambiguous pictures of Iraqis celebrating are being touted as “the relief of the Iraqi Sunnis in ISIL-occupied areas”.

Al Jazeera, among others, has publicly been accused by Iraqi officials of circulating rumours about cities falling quickly after Mosul and exaggerating the success of the ISIL’s offensives. Selected images of scramming crowds on highways are being passed off as Iraqi soldiers fleeing the sites of ISIL siege. It later turned out to be a scene of fugitives being freed from Badush prison in Mosul after the militants stormed in. Another image that is repeatedly being highlighted and used to stress the sectarian nature of the conflict is the alleged enlisting of 1.5 million Shiite Muslims in the Iraqi security forces to combat ISIL, after a request by Grand Ayatollah Syed Ali al-Sistani. This sudden insertion of Shia volunteers is being broadcast as the national security response of Iraq as a Shia-led retaliation to the ISIL.

Others, including local Arabic channels such as Al Sumaria TV, Al Akhbar and Iranian PressTV, have used the rhetoric of terrorism to denote the actions and policies of the extremist rebels and urged Sunni Iraqis and Muslims around the world to not be deluded that the actions and violence of ISIL and Ba’athist Naqshbandiya represent their true interests. A well-known critic of the West’s war on terror and an Arabist-Islamologist, Dr Kevin Barrett, argues that breaking up Iraq along sectarian and ethnic lines has long been the agenda of the extreme-Zionist neoconservatives and it is being lapped up by the media. He calls the classification of ISIL as a Sunni militant group a conceptual error, resulting from a lack of knowledge about different Islamic schools of thought. He reasons that ISIL represents a very specific and extremist interpretation of Islamic thought known as Takfiris Salafis-Wahhabis (those who consider other Muslim sects as infidels) that is fundamentally different from the four Sunni schools. Days before the capture of Mosul, the Saudi Grand Mufti Sheikh Abdul Aziz Al-Sheikh had issued a public statement (on the on-going Syrian crisis), almost echoing Barrett’s analysis and denouncing Al-Qaeda and ISIL, demanding that those who incite youth to go for jihad in Syria must stop. In May, the Saudi Interior Ministry had also listed ISIL as a terrorist organisation and warned its citizens of prosecution should they join or support it.

Sheikh Khalid al-Mulla (of a Sunni school of thought), head of the Iraqi Cabinet’s Scholars committee, issued a joint fatwa (order) that branded ISIL as an “un-Islamic terrorist organisation that does not represent the Sunni community, or any other group in Iraq”. Furthermore, Sunni and Shia clerics met in Baghdad’s Al-Shawaf Mosque on June 15 to draft and sign a national religious notice for all mosques in the country that called for a united Muslim support for the security forces and condemned ISIL for its façade of faith and Islam. This was done to counter the massive rumour-mongering following the call of Ayatollah Sistani.

There is no denying that sectarian unrest had been brewing in the Sunni-dominated Anbar province since the beginning of this year, leading to a violent confiscation of Fallujah and Ramadi by Sunni fundamentalists in January. Nonetheless, it was not seen as a nation-wide revolution. Iraq’s sectarian problem is no different from all other multi-ethnic nations which witness protests and resistance posed by the minorities simply because they are a boiling cauldron of different ethnicities. It is important to be aware of underlying political motivations behind the actions of dissenting groups that are usually couched in a religious rhetoric to gain legitimacy and support of the unsuspecting.

Though the world paid attention only after the fall of Iraq’s second largest city, on June 11 into the hands of the terrorists, it was not a sudden episode. The recent upsurge of terror by ISIL can’t be viewed as detached from the on-going Syrian crisis. The Syrian civil war has been fuelling conflict in Iraq by giving ISIL and other Sunni jihadi groups momentum, ammunition and a base. Unifying parts of Iraq and Syria into a single Islamic state under Shariah law by sowing civil discord and facilitating the breakdown of the two countries has been ISIL’s primary goal. ISIL initially emerged from the vestiges of Al-Qaeda in Iraq after the 2003 US-led invasion of Iraq. However, Al-Qaeda later denounced any ties with the group, citing its “extremist” ways and attacks on other fellow Muslims and holy shrines as reasons. Even today, ISIL maintains its image as more extreme than the extremists by publishing grotesque photos of mass executions and beheadings of the Shia Iraqi soldiers and publicly crucifying the Iraqi Christians as it inches closer to launching an offensive in the national capital, Baghdad.

In real time, several thousands of citizens (Sunnis, Shia, Kurds alike) are fleeing from the northern cities of Mosul and Tikrit southwards towards Baghdad and eastwards into the autonomous Kurdish areas. Concurrently, the Iraqi army is engaged in an armed contest with ISIL for control of the country’s largest oil refineries in Baiji. At the same time, the Peshmerga, armed Kurdish fighters, have declared the formation of their government whilst battling the ISIL and Iraqi government alike to consolidate their territories in Nineveh, Kirkuk and Diyala. Amidst this crisis, the results of the first parliamentary elections post the 2003 invasion of Iraq were also declared, granting a majority of seats (92 out of 328) to the State of Law bloc (Shia-majority party) led by Prime Minister Nouri Al-Maliki, who could enter into a third term in the office with a coalition. While ISIL is garnering a strong attack, it is not likely to supplant the Iraqi government entirely due to its small numbers, and also due to external support lent to Baghdad by Tehran and the West. However, reclaiming the occupied territories may pose a challenge for the administrators and increased upheaval is beneficial
for ISIL.

The government can attempt to limit ISIL’s influence and appeal to its minority communities by pursuing policies that include Sunni Arabs in the power structure immediately. The international community also needs to take heed of the atrocities and massacres of indefinite numbers of innocent people and military personnel in the region and recognise the imminent dangers of allowing these extremist forces to take a stronger footing in
the region. 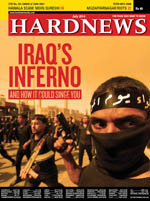