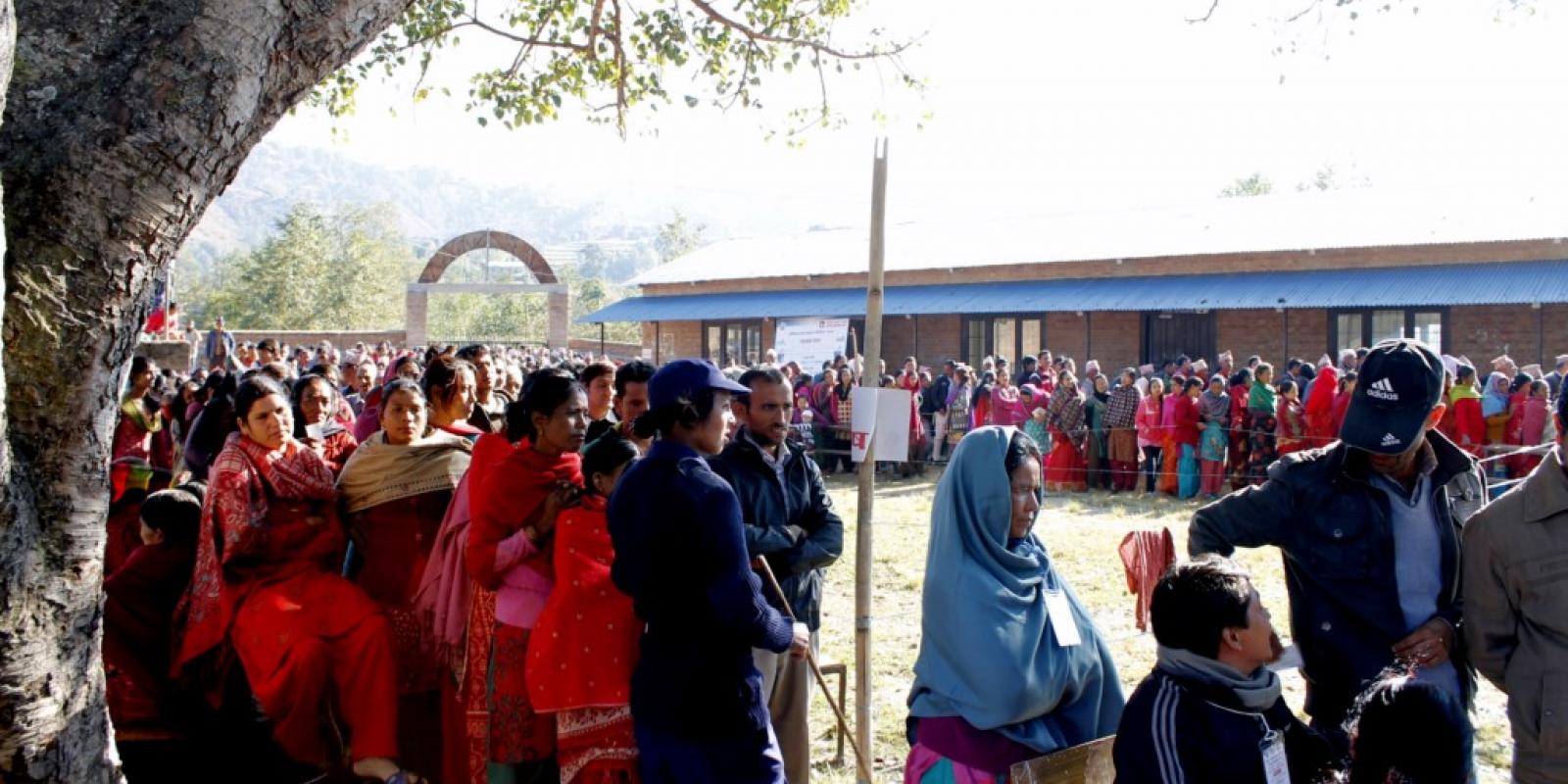 Oli won from the Jhapa-5 constituency raking in 57,139 votes — the highest number of votes secured by any candidate in the elections so far.

The Communist alliance in Nepal is well on its way to score a thumping victory in the historic federal elections which were the first to be held under the new Constitution. At the time of filing this report, the vote count was still underway and the alliance had already secured 109 seats.

The Communist Party of Nepal-Unified Marxist Leninist (CPN-UML) under the leadership of KP Oli and the Communist Party of Nepal-Maoist Centre (CPN-MC) under the aegis of former Nepali Prime Minister Prachanda had set aside their differences to forge a tie-up ahead of the provincial and federal elections. The MC, which was a part of the Nepali Congress-led (NC) ruling coalition at the Centre had moved out of the alliance to join hands with the UML. Despite many misgivings over the chances of the Left alliance in the federal elections, it has managed to secure a comfortable victory and is set to form the next government in mid-January. Oli won from the Jhapa-5 constituency by more than 28,000 votes, defeating NC candidate Khagendra Adhikari. He polled 57,139 votes — the highest number of votes secured by any candidate in the elections so far.

At the time of filing this report, the vote count was still underway and the alliance had already secured 109 seats.

According to the results released by the Election Commission of Nepal, the UML had secured 75 seats, while the MC had bagged 32. The NC, on the other hand, managed to win only 21 seats, majority of which were in Province 2 (Terai region), Province 3 and Province 5. Two Madhesi parties — Federal Socialist Party Nepal (FSF-N) and Rastriya Janata Party (RJP) — have managed to secure 10 and 11 seats each.

The House of Representatives in Nepal consists of 275 members, of which 165 seats faced contest under the first-past-the-post system. Candidates for the remaining 110 seats would be elected through the proportional representation system, which considers the whole country as a single electoral constituency. Political parties are assigned proportional parliamentary seats in accordance with the number of votes they get.

The Communist alliance had evoked much anxiety in India at the time it was forged as foreign policy observers suspected that it had been done at the behest of China. Considering that the Left alliance has not made any attempt to conceal its closeness to China in recent times (they have promised to hand over the Budhi Gandaki project back to Beijing which was scrapped by the NC government), the UML and MC combine’s victory does not augur well for India. However, even as Nepal courts the Chinese, it will have to tread carefully because distancing itself from India is not an option, considering the close familial and cultural ties between the two countries.