‘We differ with the US on Jerusalem’ 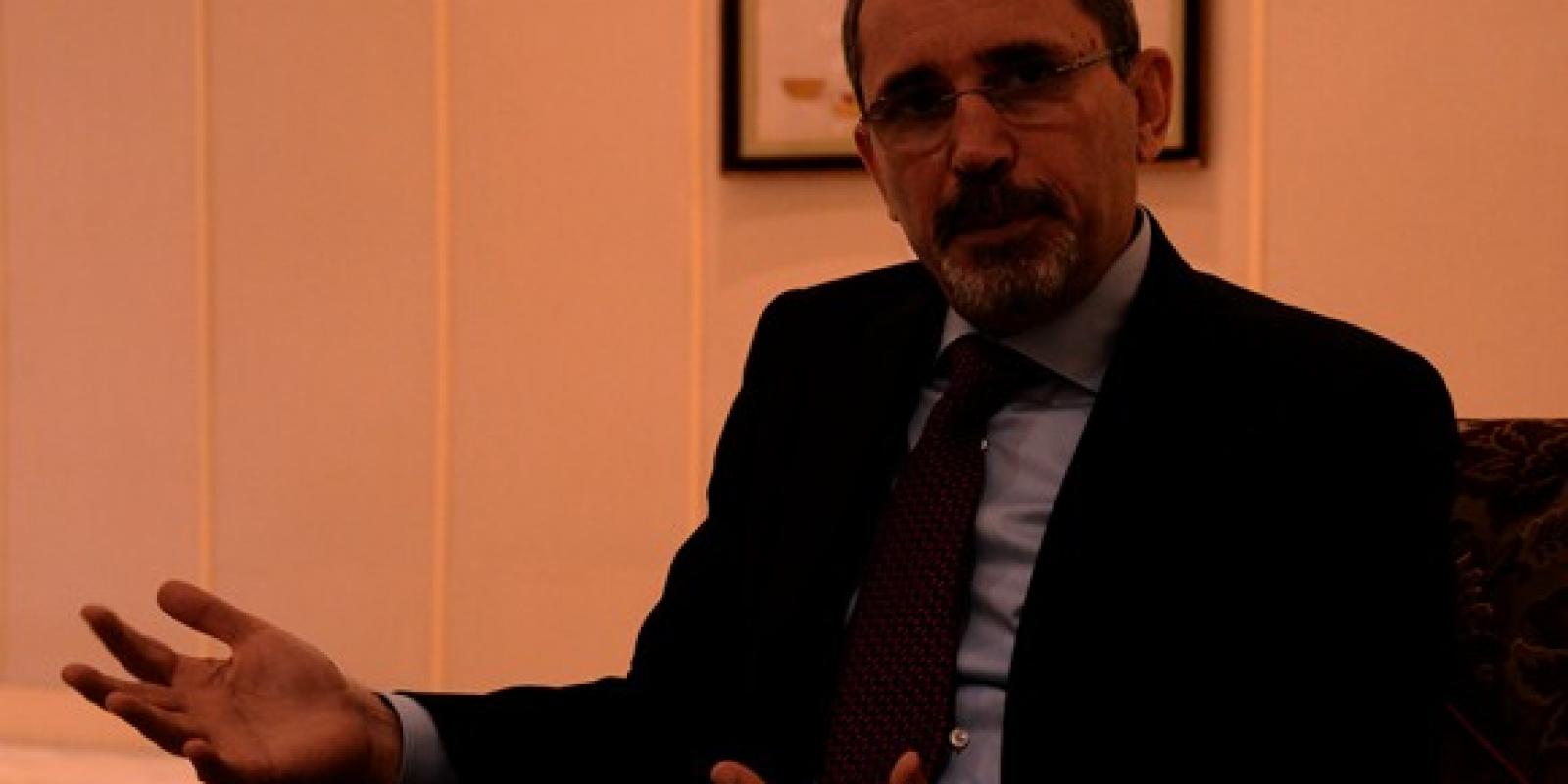 The Foreign Minister of Hashemite Kingdom of Jordan, Ayman Safadi, was recently in Delhi to discuss bilateral issues and also to finalise the programme of King Abdullah II, who is expected to visit India soon. The highly respected King had last visited New Delhi in 2000. Safadi’s visit came shortly after India had voted along with 128 countries against the US government proposal to recognise Jerusalem as the capital of Israel. Appreciating India’s stand, a dapper and articulate Safadi, a former journalist and very keen to trade places with the interviewer, said that his country maybe a strategic ally of the US, but they have differences on the issue of Jerusalem. Jordan wanted Jerusalem to be the capital of Palestine.

Jordan, which hosts most per capita refugees in the world, according to its foreign minister, is watching the situation in Syria closely. Safadi says that it normally refugees take 17 years to return to their homeland, but he hopes that it will be quicker after the Islamic State’s (IS) dramatic defeat. He also said that the IS still constituted an ideological and security threat.

Here are excerpts from the interview.

How were your meetings in Delhi?

In our meetings with Indian officials, we looked at the regulatory framework and the other agreements that we need to sign to create an enabling environment that gives the private sector the confidence to invest in Jordan.

We want businessmen to come to Jordan and explore opportunities in ICT, energy and infrastructure. As soon as Iraq begins re-building, there will be a lot of opportunities for Indian businesses in Jordan as it is strategically positioned.

Do you think this would fit into Prime Minister Narendra Modi’s Make in India programme?

Sky is the limit of what we can do together. We have a lot of Indian companies in Jordan. For instance, in the textile market, Indian companies are not looking at just our market, but they want to take advantage of the Free Trade Agreement (FTA) that we have with the US and Europe and use it to export cotton to these markets. We are now waiting for business delegations from India to visit Jordan and explore opportunities in the pharma industry, IT infrastructure, Information and Communications Technology (ICT), fertilizers industry in a way that we can import 40 percent of your production.

As governments, we have to be enablers and we need to work harder to ensure that the private sector gets to know the opportunities that exist in business, education, culture and tourism.

In a matter of one year, the Islamic State (IS) has lost control of 98 percent of the land that they occupied in Syria and Iraq. IS loss coincides with one year of US President Donald Trump in office. Why did this happen? Did Jordan anticipate this?

Defeating Daesh and gaining territorial control was the easy bit. We knew that it was matter of time when they would be defeated as they were a group of thugs who exploited the vacuum. I must admit that the security and ideological threat is still there. All the foreign fighters who had come to the Islamic State are leaving bitter and angry after being vanquished. They hold us responsible for their defeat and constitute a big threat to all of us. That’s why we have increased our security cooperation and intelligence sharing with India.

Now the biggest challenge is ideology. How do we defeat that? For that we need to solve the root cause of the conflict, dismantle the environment in which terrorists prey and thrive. We need to create opportunities and the required political horizon and come up with a narrative that tells the whole world that these people are thugs and neither do they represent the great values of Islam nor respect it. We should not fall into the trap that Daesh is setting for all of us to make the fight look as if it is between Muslims and the rest of the world. Which it is not! It is about a group of thugs and the rest of us, the Muslims, the Jews, the Christians, Arabs, Indians, Europeans and Americans. That is the way we should all see the battle. Daesh would like to make it look as if it is Muslims against the rest of the world. But the facts deny this claim. Daesh has killed more Arabs and Muslims than it has killed anybody else. It has targeted us more than it has targeted anybody else.

The final status of Jerusalem should be dealt with direct negotiations and we believe that Jerusalem is an occupied territory. We do not recognise Jerusalem as the capital. In fact, the whole world does not recognise it. In fact, 128 countries, including India, voted against it.  That’s something we will not accept, but at the same time, we will also not give up our efforts to work with every international community to bring about peace that we believe is the right of all people.

Peace looks tenuous at the moment, but do you think this is the right time for the refugees from Syria who live in camps like “Zaatari” to return home and rebuild their countries? When I met these refugees, I got a sense that they had reconciled to never returning home.

Look we are host to about 1.3 million refugees in Jordan. That’s more than 10 percent of our population. The pressure on our education and health system has been enormous. But then again we are not going to push anybody back.

But they are not allowed to go out of the camp to their country?

We hope that their country will soon regain peace. Once there is peace, then there will be opportunities and they can choose to go back to their country. But until then, the pressure has been enormous on our resources and we are grateful to other countries for extending us support, which is not much. We recognise that looking after refugees is also an investment in our security. We do not want refugees to fall again in the abyss of despair and hopelessness. 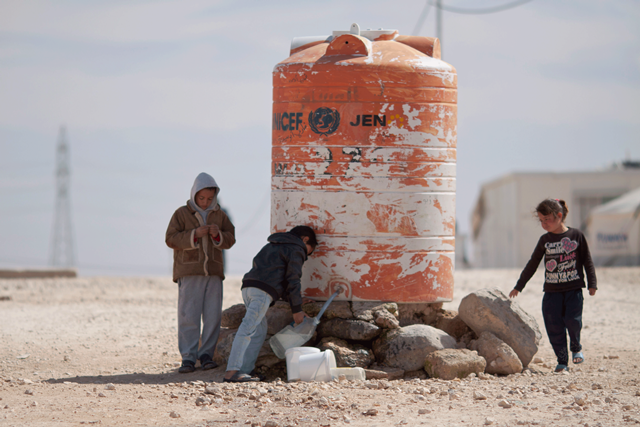 So you seek guarantee from Syria that people who are refugees, who are coming back, should be protected?

No, we will not seek guarantees. I do not think people will go back until the time they feel safe. We will not force anyone to go back to their country but once people feel there is an opportunity to return, they will. As for now, we are seeing a very slow movement of return to areas where there is no conflict anymore. And we know for a fact that in per capita terms, we have the largest number of refugees in the world. So, we know refugees will not go back unless they feel safe, secure and they feel that they can provide for themselves and their children.

I think we are still far from any resolution to the crisis. Refugees usually stay in any country for about 17 years. We hope it does not stretch for so long as it would drain our resources.

What has been the impact of the Jerusalem crisis on your relations with Israel and the US?

We have an excellent relationship with the US. It is also our strategically. It has provided great support to Jordan. However, we differ with them on Jerusalem. They know our position very clearly that the solution to the Jerusalem crisis should be found through direct negotiations. We believe that Jerusalem is an occupied territory and we believe that it should be the capital of the Palestinian State, according to the 1967 position.

So, you think the issue of Jerusalem will go back to status quo and things will work out?

The final status of Jerusalem should be dealt with direct negotiations and we believe that Jerusalem is an occupied territory. We do not recognise Jerusalem as the capital. In fact, the whole world does not recognise it. In fact, 128 countries, including India, voted against it.

That’s something we will not accept, but at the same time, we will also not give up our efforts to work with every international community to bring about peace that we believe is the right of all people.

Russia had become a part of your region because of the role it plays. Do you think the increased contestation between Russia and the US is going to cause instability on your part?

Russia is there in the region and that is the reality. There cannot be a solution without Russia and America.