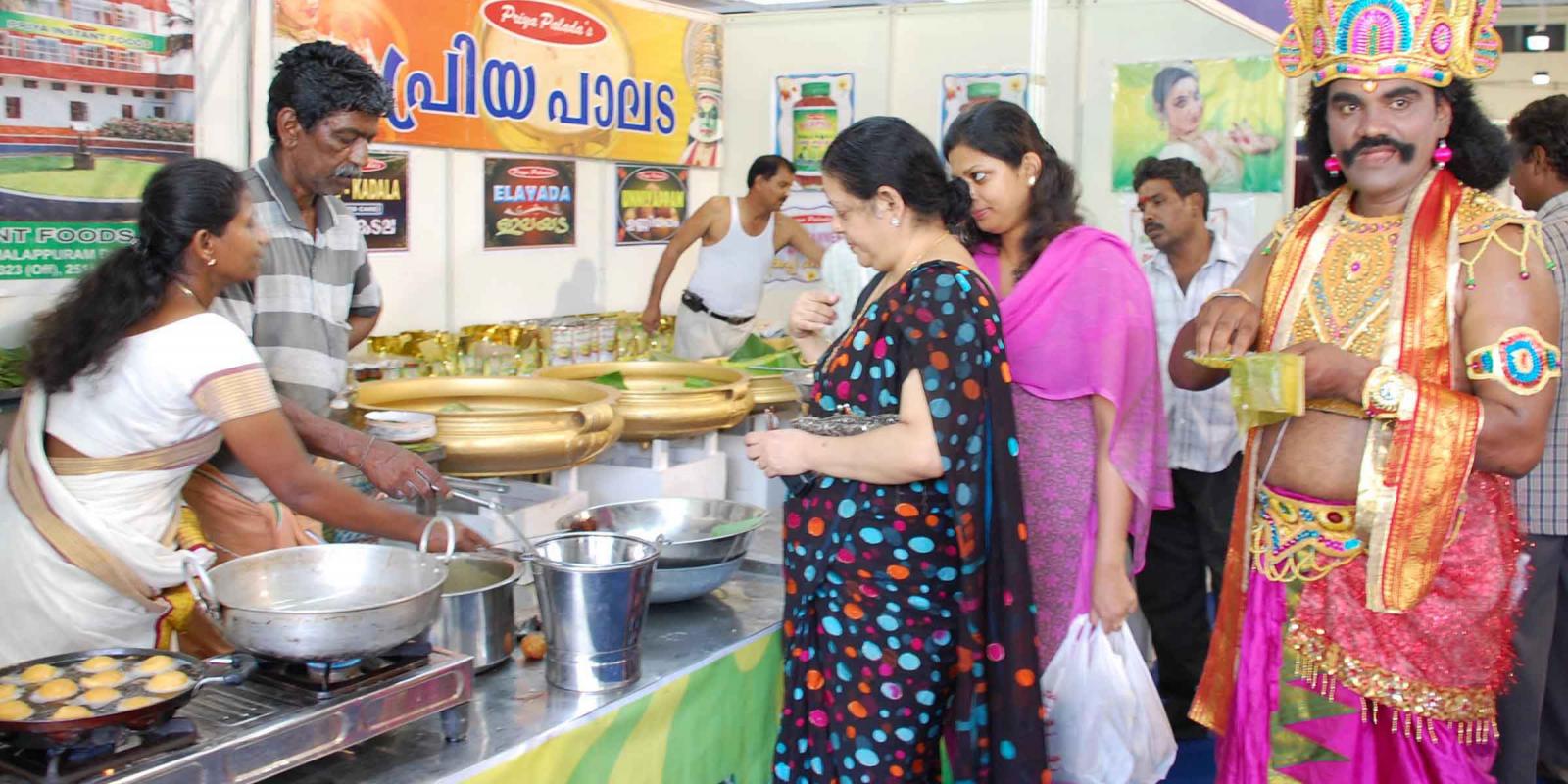 By laying emphasis on sharing of food in fellowship, Arab and Iranian influences revolutionised simple Indian food. The influence is palpable in much of what India eats today

The history of The history of this country’s gastronomy reveals that Indian cuisine has absorbed many influences from its ancient civilisations, invaders, conquerors and immigrants. What makes this all the more interesting is that the tables have turned now – all over the world, the influence of Indian culture and flavours are seen in a big way.

In particular, the Arab world left a lasting stamp on Indian food soon after the rise and expansion of Islam. It all began with Kerala. Syrian Arab Christians fleeing persecution at the hands of the Muslim caliph took refuge under the king of Kerala. They had a heavy influence on the cuisine of the state. That explains why the food in Kerala is so different from what is served up in neighbouring Tamil Nadu. Syrian Christian dishes – fish, seafood, duck, lamb, and chicken – are richly flavoured.

Similarly, Arab traders from Yemen took away spices and left behind their moplah cuisine, now staple fare for Kerala’s sizeable Muslim population. The kubbah (or kubba, ‘ball’ in Arabic) – a dish of bulghur, onions, spices and ground meat that originated in Baghdad – became popular in Cochin around the 17th century. Queenie Hallegua of Mattancherry, Cochin, describes it as “chicken or fish minced, encased in rice flour and cooked in gravy made with vegetables like okra and gourd.” It is served with the fabled turmeric rice.

The Muslims brought refined and courtly etiquette of both group and individual dining – basically sharing food in fellowship. In doing so, they revolutionised simple Indian food. Items native to India were enriched with nuts, raisins, saffron and aromatic herbs.

There’s more: consider alissa, a wholesome wheat and meat porridge; hand-rolled, wafer-thin aripathiri (rice bread), or muttamala served over pinnanathappam (delicate thin strings of egg yolks cooked in sugar syrup poured over steam-cooked cardamom-scented egg white pudding). An extraordinarily popular item in Malabar even today is Mandi – a dish of rice, spices and chicken or lamb, cooked in an oven in the ground tiled with clay bricks, with charcoal placed on top to make sure steam doesn’t escape. This lends the trademark smoky flavour. Mandi is said to be a corruption of the Arabic word ‘nada’, which means ‘dew’. The name is an allusion to the tenderness of the meat. 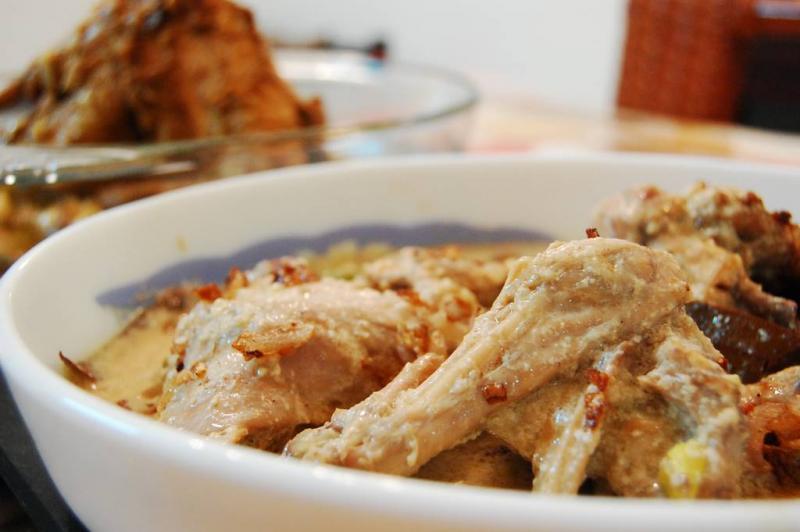 The expansion of Islam sent many more refugees to India, and they all brought their food with them. After Syrian Christians and Arab traders arrived in India, Persians and Zoroastrians followed. This gave rise to Parsi food, now a very integral part of Indian cuisine. Moreover, there were also Hindu refugees from Afghanistan. Each wave of immigrants brought their culinary habits and with the passage of time all of these got absorbed in the local cuisine of India.

The arrival of the Muslim in India between the 10th and 11th centuries resulted in a great fusion of culinary traditions. With Mesopotamian, Persian and Middle Eastern cuisine, culinary art reached the peak of sophistication under the Mughals. The latter have left behind not only the Taj Mahal and Red Fort but also a rich legacy of food, which remains alive after centuries.

The Muslims brought refined and courtly etiquette of both group and individual dining – basically sharing food in fellowship. In doing so, they revolutionised simple Indian food. Items native to India were enriched with nuts, raisins, saffron and aromatic herbs. Each of the Muslim rulers offered something or the other to make Indian food a potpourri of spices, taste and flavour. Babur brought grilled meats along with different varieties of fruits and nuts from Central Asia.

Humayun introduced Iranian flavours of sweet and sour, and the use of nuts and saffron. Rice-based pilaus, bhartas and stewed meat called kharosh, which later took the shape of korma in India, appeared during his reign. Cartloads of almonds, pistachios, walnut, dried apricots and plums, and raisins were imported to Hindustan along the new roads which were constructed to facilitate trade throughout northern India, Central Asia and Persia. 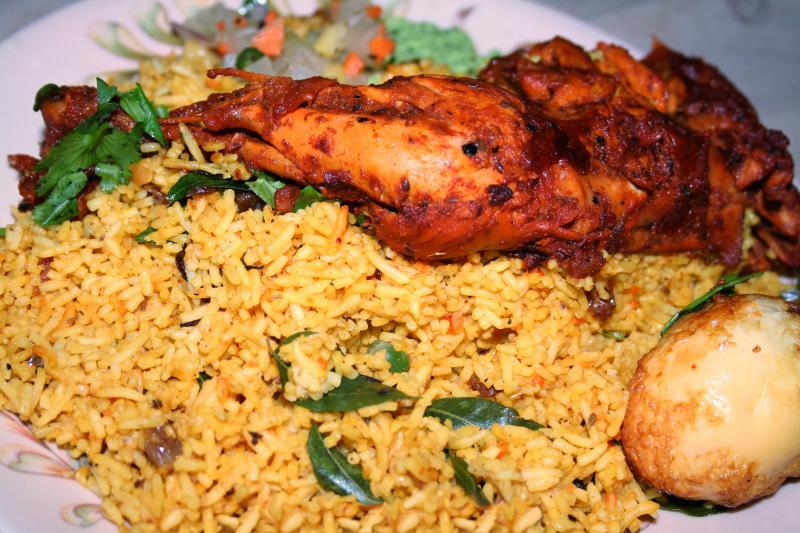 The influences include meat and rice, dressed meat, stuffed items called dolmas and sambosa, halwas and sherbets. There’s so much more from that era that made Indian food exotic and rich: relishes, raitas with fruits and vegetables, meats with fruits and cream, dates, nuts, fresh fruits. Wheat was mixed with meat and dishes like haleem and harisa were prepared. These eventually gave way to the modern korma, do-piyaza, qalyas, and varieties of kebabs. Similarly, biryani and yoghurt were mixed with vegetables and fruits – bowls of raitas made a pleasant addition to Indian cuisine.

The Central Asian and Persian influences are evident in the recipes listed in Ain-i-Akbari by Abul Fazl.

Breads of different kinds, sweet and salty, were introduced. Fazl mentions that Akbar had a separate division for making breads. Sheermal, baqarkhani, tandoori and roomali roti are their gifts to India.The art of making kebabs came from Turkey with the Mughals. It was further developed into a variety of lamb, chicken, fish and vegetable kebabs by the expert Indian cooks. Today, each region of India boasts of a unique kebab.

Kulfi, a popular dessert in India now, was either brought by the Mughals from Kabul or originated in India in their kitchens. The Ain-i-Akbari of 1590 describes its preparation in Akbar’s royal kitchen. Similarly, Persian manuscripts on food from the time of Jahangir and Shah Jahan mention zardberanj (zarda) and sheer beranj (kheer).

Another hugely popular Indian dessert, gulab jamun, originated in the Mediterranean and Persia. Though the original form of the dessert is called luqmat al qadi and was made of dough balls deep-fried, soaked in honey syrup and sprinkled with sugar, once it reached India, the recipe was modified with a new name – gulab jamun. Similarly, jalebi arrived with the Arabs during the Sultanate period. Halwas of different kinds added variety to the index of Indian sweets.

One of Babur’s main disappointments with India was that there was no good fruit. He made efforts to cultivate sweet grapes; melons and apricots in Hindustan. Akbar as well as Jahangir set up royal orchards and employed horticulturists from Central Asia and Persia. Their fondness for fruit made them take steps to grow fruits in the soil of Hindustan. Fruits were eaten stewed, raw and preserved in sugar and nuts (murabba). They also gave us sherbets of many kinds which were not only medicinal but also drinks to refresh the mind and body.

Besides food, the art of cooking on dum and smoking meat was acquired by the Mughals. Today it is one of the most popular ways of cooking in India. Similarly, Kashmiri cuisine also derived notable influence from the Persians and the Afghans – wazwan cooking is the best example of centuries- old heritage.

The imperial kitchen of Shahjahanabad, founded by Shah Jahan, kept all these influences alive, traces of which are still found in the bylanes of Delhi today. Arabian cuisine is slowly rising in popularity, always tasty, enticing, and healthy and nourishing. In many of the large cities, Arab breads, falafel, hummus, both meat and vegetable pies, shawarma, and taboula are offered in corner cafes and restaurants. There is no doubt that more eateries will follow. As happened in the past in the Latin-speaking world, Arab and Iranian food is continuing to influence the kitchens of nations across the world.