From Avadhi feasts to khichdi 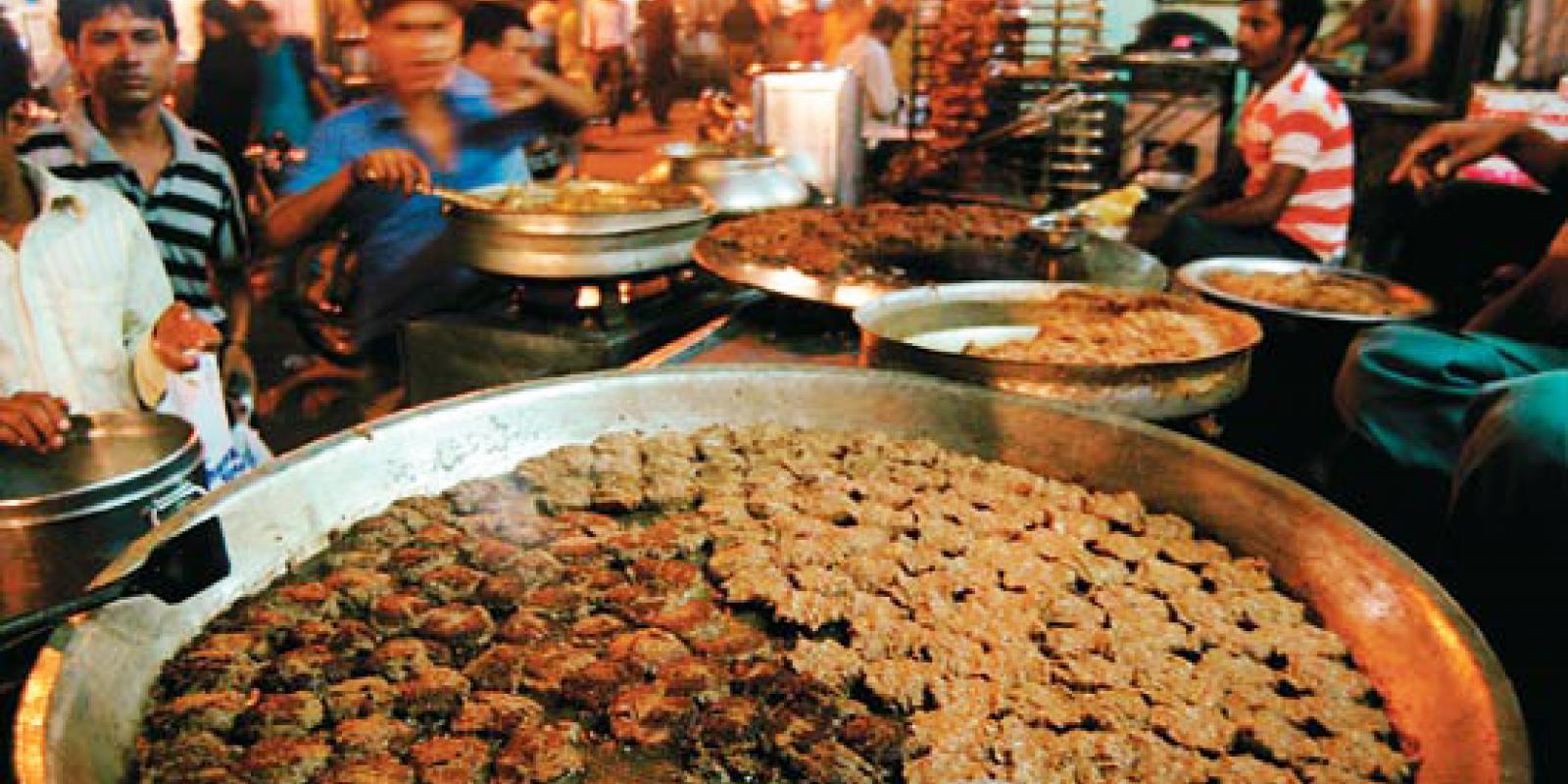 The complex history of the dining habits, etiquette, and preparations of food in Avadh showcases the mingling of civilisations, yet we now live in reactionary times

I think I have discovered the secret behind the very poetic lifestyle in Lucknow. It derives from having perfected the art of breaking bread with others.

The city is known worldwide for the decorum of its people, and the roots of the graciousness displayed on every street corner can be traced back to the age-old practice of sharing food with one another. This coming together of people over meals has naturally led to an exciting cross-pollination of views, leading to the birth of truly noble ideals such as live and let live.

Generosity comes naturally to people living around the fertile fields of the Indo-Gangetic plains, as the virtue is part of the sumptuous landscape itself. The earth sprouts different varieties of grains, fruits and vegetables all year round. There is always enough to eat here. People generally do not like to fight over food. All wars are still due to the inability of the human race to curb greed.

A resident of the city who never ran a kitchen of his own is remembered for saying that he never knew where his next meal would come from but when it did, he was sure it would be finger-licking good.

A hundred varied dishes are laid out to satisfy all its desires, amongst them the melt in the mouth galawat kebabs, performed with a touch of rose essence, nargisi kofta, baby goat meatballs stuffed with egg, innumerable curries and biryani, and best of all, the town›s speciality of seven different pulaos, garden pulao, cuckoo pulao, pearl pulao and jasmine pulao.

Historians record that Lucknow’s medieval rulers devoted a great deal of time to entertaining guests and friends. The aristocracy did not just fatten itself but routinely hosted public feasts to which every citizen was invited. The royal kitchens were so central to the running of the State that the appointment of a kitchen supervisor was a position as important as that of a minister responsible for defence or finance.

Tehzeeb or this way of life demands that people do not eat on the run, or alone either. Many homes are open to visitors who walk in and out at all times of the day, often unannounced, and are invariably encouraged by the host to stay on for a meal or two, however humble. The advantage of practising this tameez or etiquette is that quarrels are reduced considerably, if not eliminated completely.

Much before modern-day research proved that sharing meals is beneficial to individuals and to the community, people in Lucknow and in much of the surrounding areas of Avadh enjoyed bonding with one another over meals. Strangers were always welcome to do the same. When visitors from a different community hesitated to use the plate and glass of the house, food and water were offered in earthenware that was destroyed after the meal while a fresh set of plates and glasses was baked for future feasting.

Now that society has turned its back on hand-made goods by the city’s artisans, including potters, this kind of refined consideration by one human for another may also vanish one day.

The colourful village of Chinhat near Lucknow once bustled with brisk business. Today the potters sell machine-made cheap Chinese crockery. The traditional wheel and open-pit kilns have been abandoned.

At first people may have gathered outdoors around a fire where everyone met to roast potatoes or pieces of meat together. The ambience must surely have been warm and friendly, dispelling distrust and encouraging conversation and an opportunity to appreciate one another, and even to disagree.

It has taken a lot of nafasat or sophistication to minimise quarrels in this part of the world to save fertile fields swaying with rich harvests from turning into battlegrounds. Agriculture was once the backbone of the economy and supported a glittering lifestyle. The cuisine, too, measured up to a nazakat or delicacy unrivalled anywhere in the world.

The kitchen held pride of place in palaces as well as the homes of ordinary people.In The City of Gold and Silver by Kenize Mourad, there is a description of a feast hosted by Begum Hazrat Mahal, wife of Wajid Ali Shah, the last king of Avadh, in the 19th century:

Immense tables are set out under arches of rare flowers decorated with gold filigree, they are covered with a spread of delicacies coated with silver leaf, finer than a butterfly›s wing, pure silver reputed to refresh and improve memory and sight. Avadh is proud of having taken Mughal cuisines to unrivalled heights of sophistication, the poultry is fed on pineapples, pomegranates and jasmine to perfume its meat, and young goats drink milk laced with musk and saffron, the court employs dozens of chefs, each striving to invest the tastiest dishes so many masterpieces for which they will be royally rewarded over the space of a century, these master chefs have made Lucknow the undisputed centre of north Indian culinary art.

Now, the crowd has swelled into a never ending stream. A hundred varied dishes are laid out to satisfy all its desires, amongst them the melt in the mouth galawat kebabs, performed with a touch of rose essence, nargisi kofta, baby goat meatballs stuffed with egg, innumerable curries and biryani, and best of all, the town›s speciality of seven different pulaos, garden pulao, cuckoo pulao, pearl pulao and jasmine pulao. 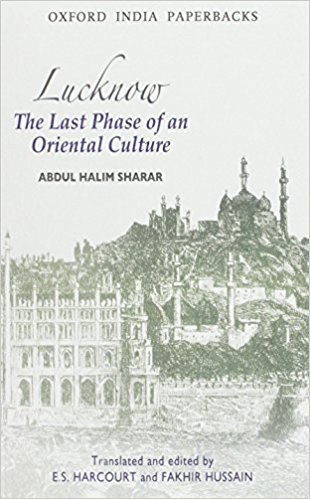 Finally all kind of sherbets and sweetmeats, including mutanjan, minced meat cooked in sugar or labemashooq, the beloved›s lips, a preparation made from cream, almonds, spices, honey and betel nut to give it its red colouring. For the king and his inner circle, the betel is replaced by powdered rubies said to calm the nerves.

In certain parts of the city, meals are still laid out in a tora. A tora is portions of food arranged on a large platter similar to a thali. During the monarchy the platter was covered with generous measures of meat, wheat, rice, fruit and vegetable delicacies.

According to Abdul Halim Sharar, 19th-century historian and author of Lucknow: The Last Phase of an Oriental Culture, there were separate kitchens for royal women and their relatives. Originally written in Urdu as a series of articles that appeared in Dil Gudaz, a literary journal founded and edited by Sharar in Lucknow, the book includes details of the culinary habits of the rulers, emulated by citizens as well.

Sharar writes that it was common for important people at court to have separate kitchens and the habit of sending one another covered trays of food from different households as a mark of respect was not unusual. The cuisine, as it developed in the royal kitchens of Lucknow, was distinguished by its richness, its blending of Mughal and Persian dishes and its extravagant presentation with beaten gold foil laid atop the dishes.

It was bravehearts from the Kayasth community who were the first to peep into the kitchen of Turkic and Afghan warriors almost a millennium ago. It did not take long for many Kayasths to be inspired by the look and aroma of what they saw. They mastered the Persian language. Gingerly, they invented new concoctions of vegetables mixed with meat to conquer even more palates. The creative Kayasth added potatoes to pieces of mutton and served a thick non-vegetarian gravy enjoyed to this day as the ethereal wonder called aloo gosht. The local people watched residents of Turkic origin knead dough into stiff consistency, filling many portions of it with raw meat that was left in a tandoor to crisp in its own fat. The Turks called this snack samsa, which potato-loving locals converted into samosa.

Later, the British were happy to lift their stiff upper lip at least for a few moments every afternoon to bite into the sizzling patty made from dough rolled into paper-thin sheets and stuffed with either spiced mince or potatoes. This treat is still baked golden brown and served piping hot. One Patricia is said to be the mother of this love child born when the samsa met samosa.

Shame on all those responsible for giving the country indigestion by insisting that khichdi is all that should appear on the menus of patriotic Indians.