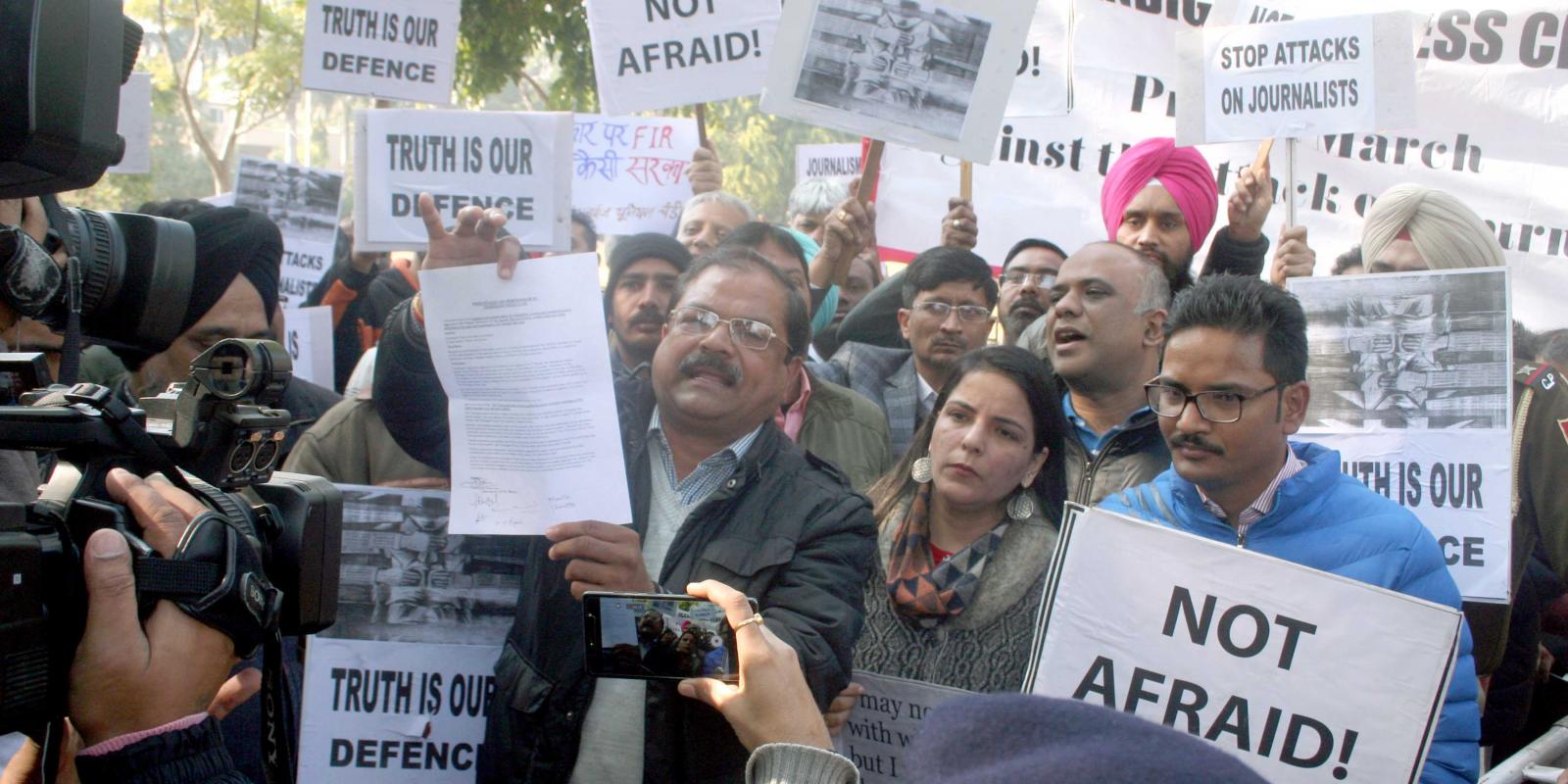 Calling the registration of a cheating case against The Tribune, its Jalandhar-based reporter Rachna Khaira, and others as a direct attack on the freedom of the press, members of the Chandigarh Press Club and others from the media fraternity carried out a protest in the city on Monday.

The sizeable number of journalists expressed their anguish and anger at the state of affairs arising out of the unjust case against a fellow colleague and an iconic publication of the region at a protest gathering at the Chandigarh Press Club.

In its report, carrying the byline of Khaira on January 3, The Tribune had exposed how for a small sum of money made to a payment bank, an agent of a private group allegedly created a gateway to access details of an individual’s Aadhaar card. 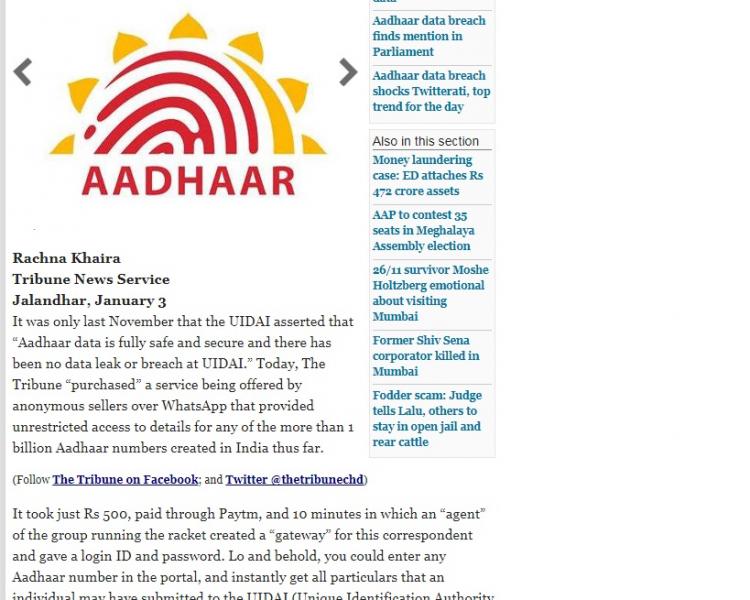 In a statement, the UIDAI had subsequently denied that any data breach was possible. The Tribune had also carried a point-by-point counter-rebuttal of the UIDAI’s rejoinder in its next day’s edition.

“The Chandigarh media fraternity is deeply shocked. We condemn the UIDAI’s action in having the reporter booked. This is an attempt to browbeat a journalist who has, in fact, done a report in great public interest,” said Chandigarh Press Club president Jaswant Rana.