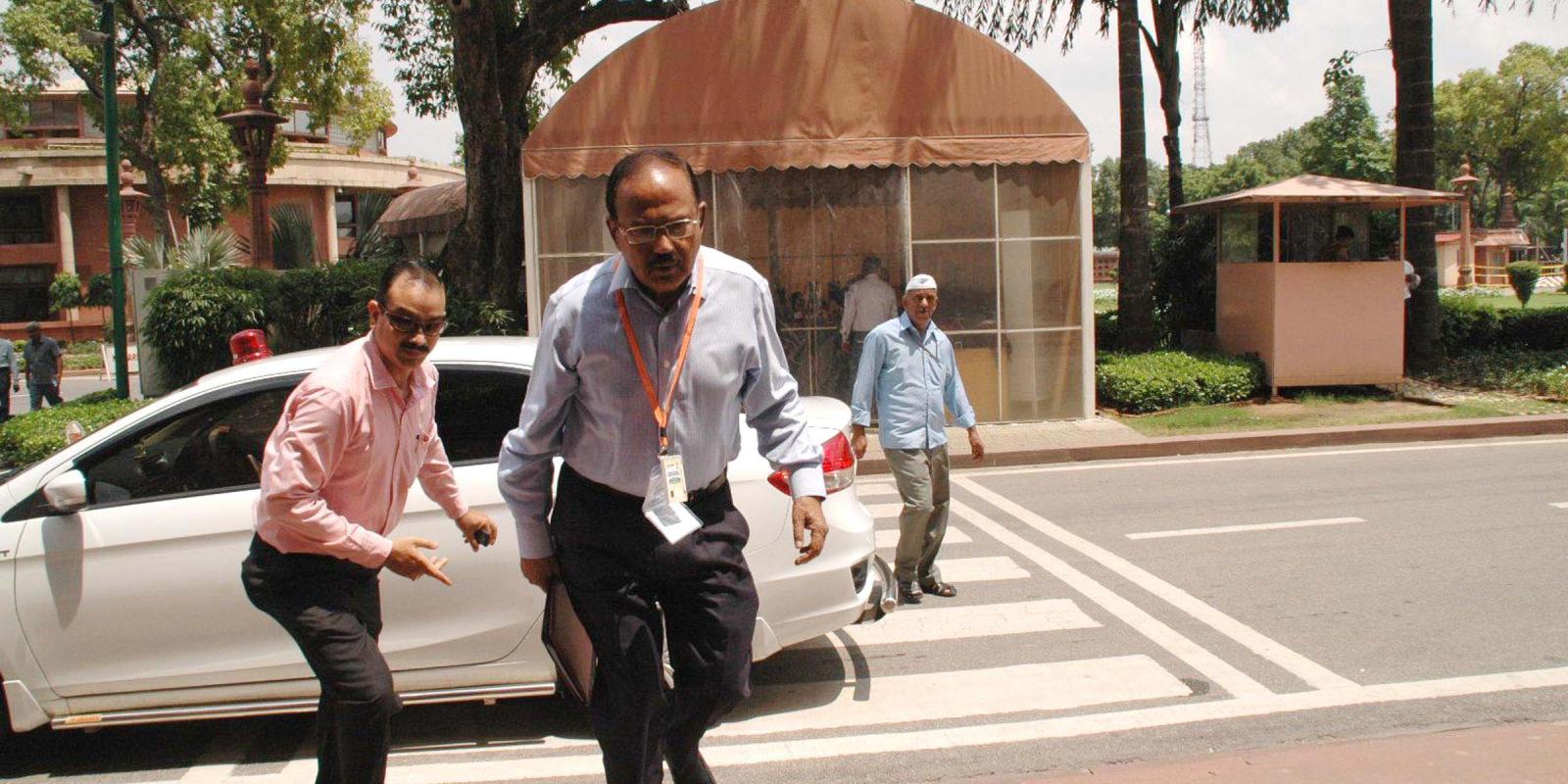 The Tripura State Committee of the CPI(M) has written to the Chief Election  Commissioner demanding an inquiry into the reported election meeting in which National Security Advisor,Ajit Doval participated 'in violation of norms.'

The meeting was called by the BJP-RSS at the residence of Union Home Minister Rajnath Singh to discuss the party strategy in the upcoming elections to the states of Tripura, Meghalaya and Nagaland.

Bijan Dhar, Secretary, Tripura State Committee of the CPI(M), in his letter to the CEC objected to  the presence of Doval in the meeting held on January 14 at which party leaders, including Ram  Madhav, in-charge of party affairs in the North East, and senior RSS leader Krishna Gopal were present.

Attached with the letter was a news clipping captioned "Tin Rajyer Nirbachan Niye Baithake  BJP-RSS Netara" of "Daily Desher Katha," an Agartala-based daily dated January 15 last and an agency report mentioning the meeting.According to the report, the meeting was convened 'purely on political purpose, that is to evolve  electoral strategy of the BJP in the coming Assembly elections' in three Northeastern states.

The letter, while drawing attention to Doval's presence at the meeting, said, "The presence of any person holding a very important position, like that of the NSA, is not only undesirable and objectionable, it is a glaring  instance of a blatant misuse of administration by the ruling party at the Centre for garnering political mileage in the elections. Thus, such misuse of administration is nothing but a real threat to the democratic system of the country."

Demanding investigation and stern action in the matter, the letter urged the CEC to ensure that 'no political party, either incumbent or in Opposition gets any undue electoral opportunity by use of administration.'