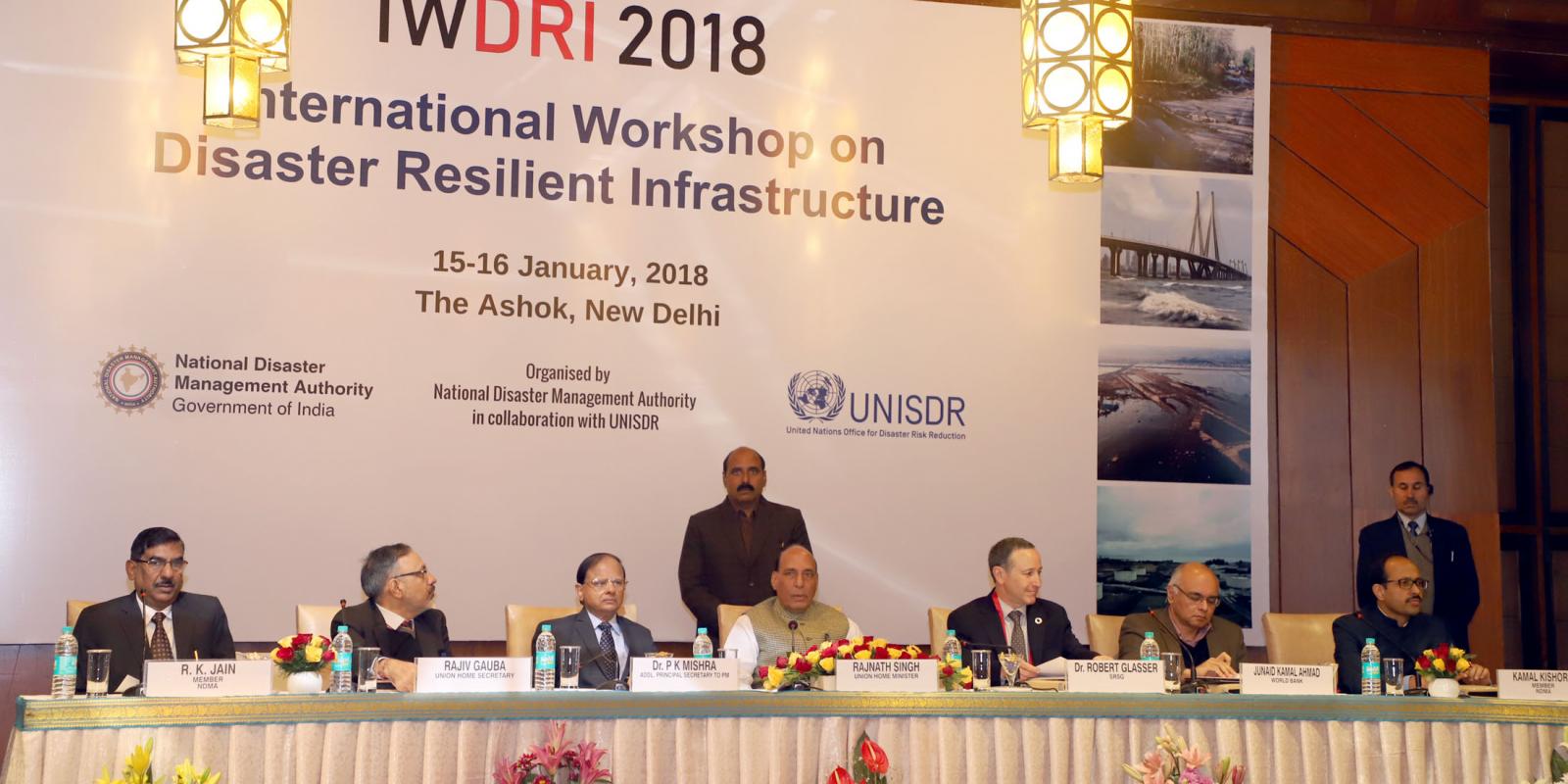 A two-day workshop that deliberated on the various paradigms of embedding disaster resilience into infrastructure concluded on January 16, setting the stage for taking the dialogue forward at the global level. The workshop identified best practices in the infrastructure sector, as well as key issues in existing practices and ways to address them. The international workshop was inaugurated by Union Home Minister Rajnath Singh on January 15 and saw participation from experts drawn from 23 countries representing a wide variety of development and disaster risk contexts, multilateral development banks, the United Nations, the private sector, academics and other stakeholders. It was organised by the National Disaster Management Authority (NDMA) in collaboration with United Nations Office for Disaster Risk Reduction (UNISDR).

Highlighting the importance of disaster resilient infrastructure, the Home Minister said, “The way we build our infrastructure today will either build risk or resilience for the future generations. We need to bring tremendous foresight and rigour to ensure that our entire new infrastructure is built to withstand the hazards of the present as well as the future.”

“Investment in disaster-resilient infrastructure should be seen as an investment in sustainability,” said Dr PK Mishra

As the infrastructure systems are globally interconnected, disruptions in one part of the world can cause havoc in another part. It is, therefore, important that all stakeholders come together to address the challenges and devise solutions to create resilient infrastructure, the minister added. Reiterating India’s commitment towards building resilience and strengthening global cooperation, he also spoke about the Prime Minister's 10-point agenda, outlined during the Asian Ministerial Conference on Disaster Risk Reduction (AMCDRR) held in New Delhi in November 2016. 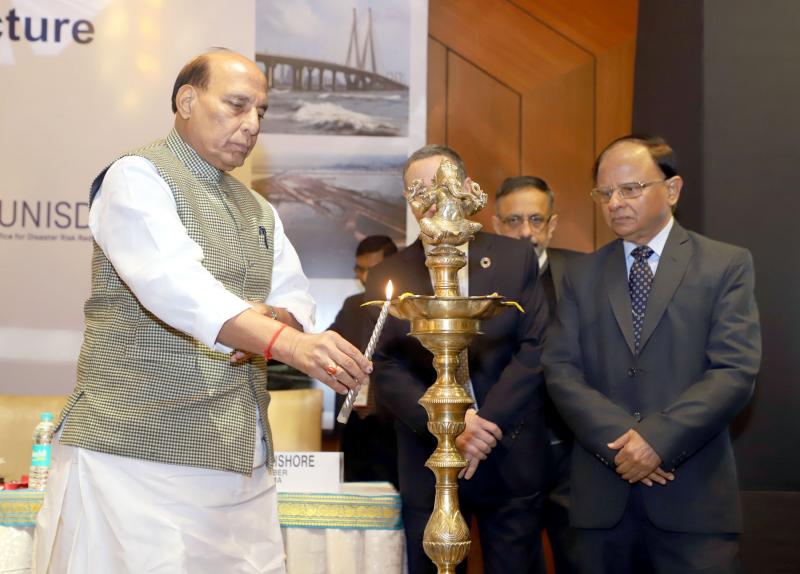 Speaking about India’s reconstruction experience after the Bhuj earthquake, Dr PK Mishra, Additional Principal Secretary to the Prime Minister, said that rebuilding to appropriate standards of disaster resilience also delivers co-benefits in terms of improved quality of life. “Investment in disaster-resilient infrastructure should be seen as an investment in sustainability,” he said.

Emphasising upon the need to leverage the financial market to build financial resilience in today’s world, Junaid Kamal Ahmad, Country Director for the World Bank in India, spoke on the co-dependence of disaster and replacement of old infrastructure. He also underlined the importance of institutional mechanisms, federal structures and financial provisions in building resilience in infrastructure. He said that the 23 countries that participated in the workshop alone spent a total of $39 billion between 2005-14 and added that it was a conservative estimate and did not take into account the devastation unleashed by the 2004 tsunami.

Experts also spoke of the need to preserve natural shock absorbers to withstand disasters. Ahmad showed a map delineating areas of encroachment along river Adyar’s floodplains and explained how a rise in the water level of the river leads to floods because the natural terrains occupied by floodwater have been reclaimed.

Professor Takeya Kimio, technical advisor to the president of Japan International Cooperation Agency (JICA), spoke at length about how Japan has brought together resilience and infrastructure development in order to weather natural calamities. Since Japan experiences frequent earthquakes, it has no option but to develop infrastructure in a way that allows them to withstand moderate shocks, said Kimio. In order to prevent urban floods, the island nation has also developed sponge cities where large areas are covered with grass to allow rainwater to seep into the ground, he added.

AB Pandya, Secretary General, International Commission on Irrigation and Drainage, spoke about the role of dams in preventing floods. While warning that dams can themselves turn out to be disasters if not maintained carefully, Pandya stressed that they have to be accompanied with foolproof safety procedures and a well-trained workforce that knows how to deal with catastrophic situations.

Other technical sessions deliberated on issues pertaining to risk management in key infrastructure sectors, like energy, transport and telecommunications as the resilience of these sectors is critical for effective post-disaster response.

The second day saw a facilitated cross-country panel discussion upon country-specific issues in Disaster Resilient Infrastructure. The workshop concluded with discussions on standards for infrastructure and on the role of finance, including risk transfer mechanisms, in building resilient infrastructure.