The place of garlic in India 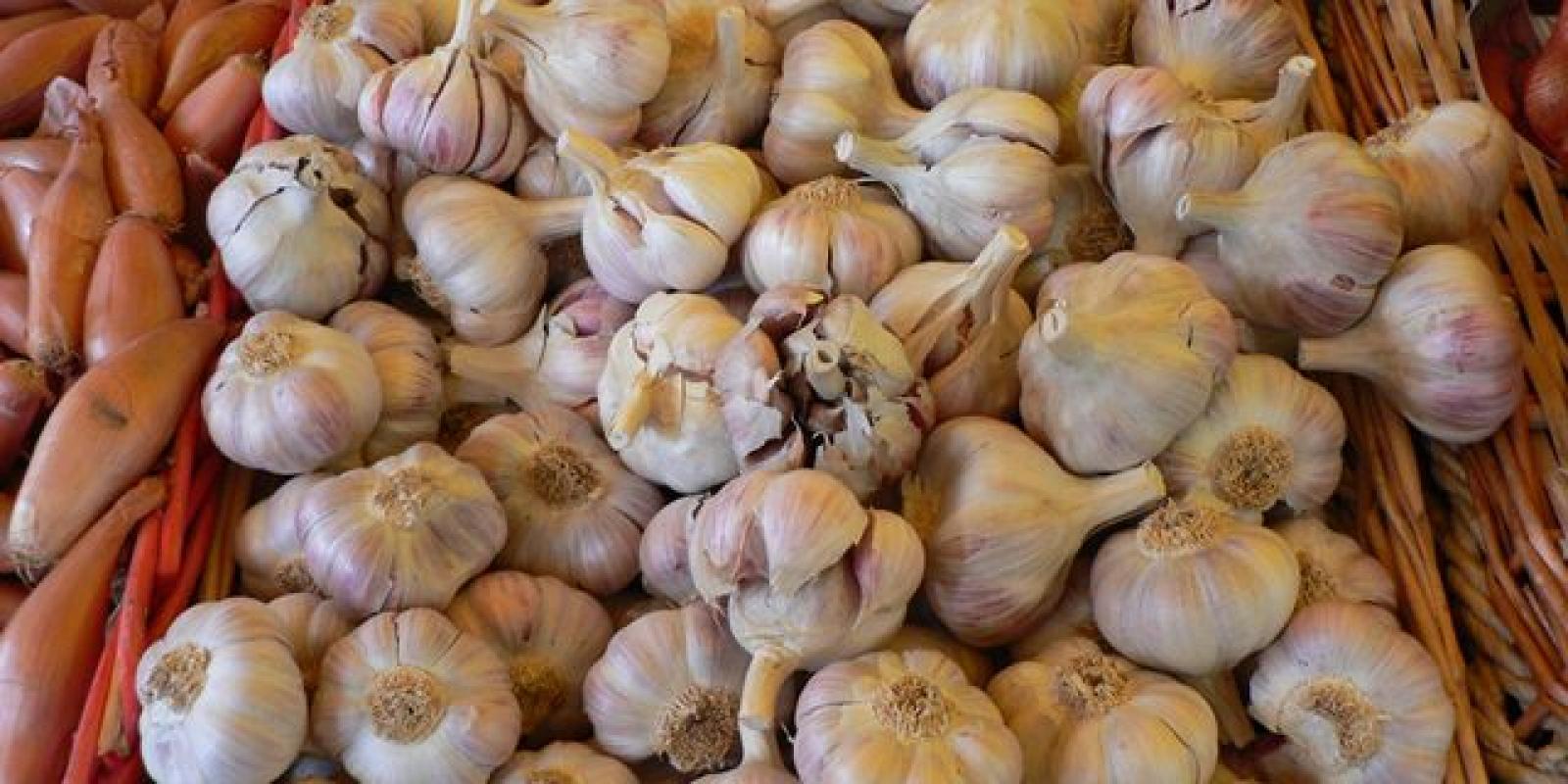 You can love this strong-smelling bulb and salivate, or you can just find it overpowering. Either way, garlic is at the heart of the culinary conversation in India

Garlic, native to central Asia and Iran, is arguably the most widely-travelled edible bulb that has found its way into ancient cultures, and lives. It features in ancient texts and languages as well. The Charakasamhita and the Susruta Samhita refer to it as lahsun (Sanskrit), and attribute enormous medicinal value. Garlic has had a chequered history and has apparently been around for the past 5,000 years.

Peeling garlic is always more fun than peeling onions. Once a large bulb is split it up into cloves, a kitchen errand well begun is close to half done. A compact powerhouse of odour, peeling just a few cloves ensures that work allotted is dealt with rather swiftly. The best part of working with garlic is that it never ever makes you cry, in the manner of its cousin, the onion. Other members of the garlic family, the leeks and the shallots, sharing rooted bulbous links, leave us less emotional and dry-eyed, because they do not share the heavy-duty odour, potency or shelf life of the garlic.

Anyway, I discovered shortly after my early introduction to garlic that for all its plump creamy innocence, dark secrets and insinuations were associated with it. I recall asking my grandmother if she wanted me to peel some garlic cloves, oblivious of my mother’s cold stare. “I don’t use garlic,” Paati said tersely, looking in my mother’s direction and waiting for an explanation. Mom, who had composed herself by then, replied, without batting an eyelid, “Well, you know how it is, Amma. He always insists on garlic being added to the vegetables and dals and rasam.” Sons-in-law and their demands, unreasonable or eccentric, were always to be factored in, within patriarchal households. This was one occasion when Mom used Dad’s viewpoint to cushion the sin of introducing garlic into her cooking.

The taboo about consuming the flesh of any living creature was well-known. But garlic was vegetarian, wasn’t it? What on earth was tamasic food, anyway? And surely its smell was a lungful of delicious aroma?

Paati, however, was not to be outdone. “I’m glad you have not taken to eating meat,” she remarked wryly, carrying the freshly cooked rice to the prayer room to offer it to the gods. Mom pursed her lips, glared at me, and ordered me to grate the coconut, while she resumed chopping the flat beans with whatever dignity she could muster. After lunch, lying down next to Paati on a reed mattress, I ventured to ask her why she didn’t use garlic. “It is a tamasic food,” she declared. “Our households do not use garlic. It also smells very foul.”

These were new reference points. The taboo about consuming the flesh of any living creature was well-known. But garlic was vegetarian, wasn’t it? What on earth was tamasic food, anyway? And surely its smell was a lungful of delicious aroma?

We returned to Delhi at the end of that garlic-free summer and resumed life with garlic once again. Whole bulbs were bought, de-cloved and peeled and these found their way into the rasams and the baigan bhartas, the chole and the rajma and, best of all, into the gunpowder that we smeared on crisp toast, idlis and dosas.

My mother’s deference to her culinary past was to refrain from using garlic for festive cooking, and on amavasya, the new moon nights of the month, when we ate frugally and left out unholy foods like onion and garlic. Whenever we visited the grandparents, in the long summers, garlic was added to the rapidly-growing list of several never-to-be-spoken-about subjects.

Meanwhile, we discovered Chinese cuisine and the joy of cooking with garlic and vinegar. Priya pickles had perfected the art of packaging garlic cloves into a red hot vinegary sauce that made you salivate while spreading it on hot buttered toast. It was scrumptious when eaten with curd rice and hot phulkas as well.

Then there was the momentous occasion when we discovered how to transform boring commercial bread by smearing the sliced loaf with garlic (ground with) butter. The bread was then tightly wrapped back into silver foil and set to bake, and, voila, there emerged after 20 minutes in the oven, moist warm slices of bread that we sprinkled with freshly ground pepper and salt, toasted yet again and wolfed down before you could put them on a tray and say abracadabra. Remember, this was long before the age of Domino’s and Pizza Hut. At this point, Harvest Gold was at the can-we-find-a-toehold in the white bread market space and Modern Bazaar sold caramelised brown bread with indomitable pride. Home-made garlic bread slices continued to provide defining, magical moments for a long time in the absence of local bakeries.

My mother discovered a home remedy for bad headaches. Garlic and ajwain seeds in equal quantities were ground on the silbatta to a thick paste and smeared on the forehead. Mom lay down in the early afternoon with this paste smeared on her head. By the time she finished her nap, the paste would have dried and she would be free of the headache. In the cold weather in Delhi, there were garlic greens, smaller than spring onions, which worked very well in soups, chutneys and even to sprinkle on freshly rolled-out naans before baking them.

Neighbours toasted garlic in ghee and then cooked it with milk until it thickened and ate this to ward off coughs and colds. It is therapeutic and delicious and clears congestion in the throat and chest very quickly. Similarly, many believe adding garlic to honey promises freedom from coughs and colds. Apparently, garlic halwas remain well-kept secrets, and although not spoken about publicly, are made in order to assist lactating mothers.

There are several home remedies which advise that garlic be eaten raw on an empty stomach to ward off cholesterol and clear blocked arteries. When soaked in vinegar and eaten, garlic aids weight loss. In Ayurvedic practice, garlic is often prescribed as a remedy for a series of ailments such as high cholesterol, diabetes and debility. In the bylanes of Old Delhi, expensive, plump single garlic cloves in brown skins sit on vendors’ carts and are prized for their medicinal content.

Tamasic food is heavy, promotes inertia and belongs to older systems of assessing the human body based on the Ayurvedic theory of the doshas. There is also a tradition of abstinence, fasting and shunning of categories of food which most cultures prescribe for their followers. Garlic is never recommended for those in search of a spiritual life. Such singling out of garlic is not confined to India and Indians. In Ancient Greece, those who consumed garlic were not allowed to visit sacred temples. Apparently, the Roman Patriarchs didn’t care much about consuming smelly garlic either. However, they ensured that it was made available to the plebeians and soldiers since it had restorative powers.

In Chaucer’s 14th-century prologue to the Canterbury Tales, a Pardoner and a Summoner, lay officials of the Church, are introduced to the reader as consumers of garlic, onions and leeks. The narrative warns us about the dubious spirituality of the two men and serious practitioners were meant to recall that strong-smelling root bulbs were not prescribed for aspirants to a spiritual life.

That said, garlic was seen as strong enough to ward off evil spirits and vampires. Garlic-beaded strings were worn by children to ward off both colds and vampires. An Indian myth located around the story of the churning of the ocean, identifies garlic and onions as sprouting from the blood spilt at the beheading of the demons. The second myth speaks of a Rishi’s pregnant wife who stole sacrificial meat in order to eat it and satisfy her food cravings. She is discovered and throws the meat away but the bones turn into red lentils (masoor dal), the flesh turns into onions and the blood transforms into garlic. As a result, all these foods are termed impure and eating them is taboo. This seems to have worked pretty well in ensuring ritual practices over the centuries, but given so much research into cultural practice and modern medicine, that identifies garlic as a super food, it is perhaps time to re-examine the garlic bogey a little closely.

Did vegetarian practitioners at some point feel guilty about the fact that their fasting practices were nowhere as strenuous as those carried out by their omnivorous brethren? Sometimes I wonder whether the anxiety over causing injury to living beings has been transferred in its entirety to prescribed ritual taboos that have reduced the unfortunate garlic to the proverbial scapegoat. In the Jain community, root vegetables including onions and garlic are avoided because pulling them out of the earth results in the death of the entire plant. Practising Jains are not the only people who believe that violence can be eschewed through such ritual practice. The private and public lives of ostensibly vegetable-eating, garlic-resisting Indians has revealed that the bar is set very low when it comes to tolerance levels, kindness to the less empowered, openness to diverse perspectives or ensuring of equal rights for women.

For the agnostic, it is, I suppose, a matter of odour. You can love this strong-smelling bulb and salivate, or you can just find it overpowering. Other than those embarked on a spiritual journey; four categories of people have been identified, namely, those who love their garlic, those who hate it, those who do not really have an opinion and those who eat it reluctantly because it is prescribed as supplementary medicine by medical practitioners from diverse schools.

The queen of England, it is alleged, dislikes garlic and, privy to the knowledge that the French swear by their garlic and compulsively use it in their cuisine, is reluctant to visit and dine with French natives. Chinese and Burmese cuisines embrace garlic. What is Manchurian food without garlic and what would we do if the fried garlic bits were to vanish from the list of favoured khao suey soup toppings? Indeed, garlic makes for delicious garnishes and dressings, in pastas and salads and soups, along with salt and butter. Eastern European sauerkraut and Korean kimchi are long-lasting salads, made with cabbage and spring onion to which garlic is added and allowed to ferment, enhancing flavour as it ages.

Nothing compares with a meal of warm fried rice for lunch in the cold season. Finely chop four or five garlic cloves or white bulbs with green stems and sautée in butter or ghee. Stir in long julienned strips of red, yellow and green capsicum till they are coated with the buttery garlic bits. Add a bowl of cooked long-grained white rice to the vegetables. Tip in some balsamic or apple cider vinegar. Add salt, pepper and chilli flakes as desired. Transfer to a greased baking dish and top with grated mozzarella cheese and parmesan. Place in a heated oven till the mozzarella melts. Eaten along with an earthy tomato soup, and potato wedges or crisps, this qualifies as superior winter comfort food that warms the gut and nudges the appetite towards thankfulness. Sometimes, when the world is too much for us, it is wonderful to have a little bit of garlic within us.