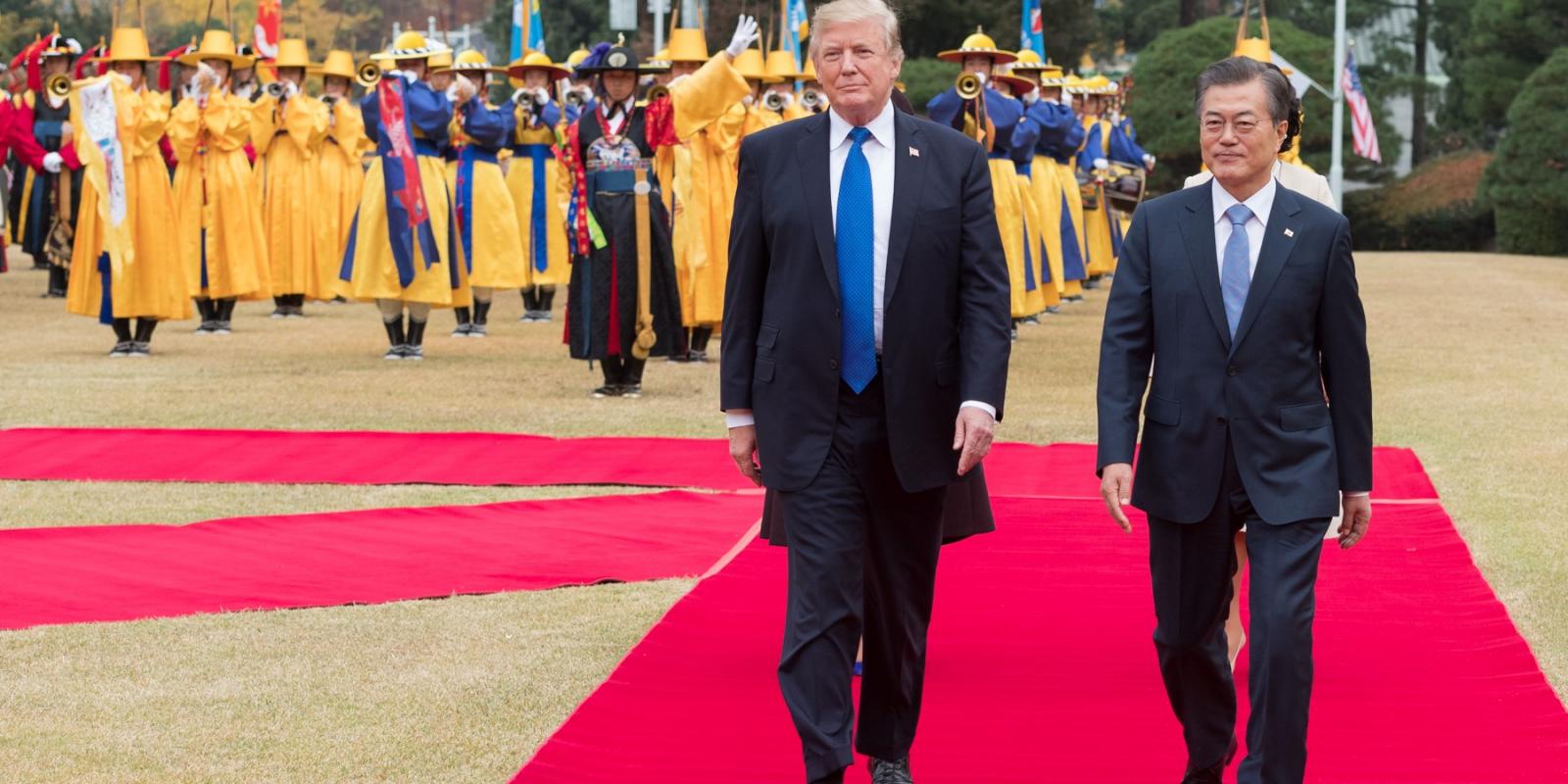 The United States and South Korea completed the first round of talks on reviewing a bilateral trade deal on January 5, with Washington saying there was "much work to do" to reach a new agreement.

Since taking office in 2017, President Donald Trump has pulled the United States out of talks on a 14-nation Asia-Pacific trade pact, started negotiations on a new deal for the North American Free Trade Agreement between the U.S., Mexico and Canada and initiated a review of the 2012 Korea deal.

Washington has taken a hard line in the NAFTA talks which appear stalled with just two rounds of negotiations left, saying that concessions are the only way for Canada and Mexico to keep the deal.

The Korea trade talks will have to strike a balance between Trump's domestic agenda against the need to contain a nuclear-armed North Korea. A swift agreement would have aided that, officials from both sides told Reuters ahead of the talks on January 5.

The U.S. goods trade deficit with South Korea has doubled since the 2012 signing of the U.S.-Korea Free Trade Agreement (KORUS). Almost 90 percent of the 2016 shortfall of $27.6 billion came from the auto sector, an issue the United States is expected to press hard in the Washington talks.

A quick Korea deal could give Trump his first trade victory at a time when NAFTA negotiations are dragging on without agreement and pressure on China to change trade practices has yielded little progress.

A top priority for the Americans is maintaining a 25 percent tariff on Korean pickup truck imports, which was meant to have been phased out from 2019 under the current deal, according to a U.S. official and a South Korean car industry source.

South Korea has two major automakers, Hyundai and Kia, both of which are heavily reliant on exports due to the small size of their domestic market. Critics charge that South Korea discriminates against imports with a range of non-tariff barriers.

South Korean auto companies believe that Washington will also seek to increase the 25,000-vehicle per U.S. automaker threshold for U.S. car shipments to South Korea that can enter the country without meeting Seoul's domestic industry regulations.

The Korea trade talks will have to strike a balance between Trump's domestic agenda against the need to contain a nuclear-armed North Korea. A swift agreement would have aided that, officials from both sides told Reuters ahead of the talks on January 5.

The official at a South Korea auto company, who was not authorized to speak to the media, also said the United States was interested in easing Seoul's vehicle emissions targets. These are viewed as discriminating against U.S. autos.

Since Kim Jong Un rose to power in North Korea in 2011, Pyongyang has conducted a series of increasingly powerful nuclear tests and ballistic missile launches, drawing ever tighter sanctions and a freeze on contacts between the two Koreas.

This week, however, Seoul agreed to high-level talks with the North in response to a New Year's speech by North Korean leader Kim Jong Un which offered an opening to diplomacy.

Pyongyang has a long history of seeking to play off Seoul and Washington as well as Beijing and Moscow in its diplomacy. Washington is wary of separate approaches and there are concerns that disagreements over KORUS could fuel a rift between South Korea and the United States.

The election of a left of center government in South Korea has raised concerns in Washington that Seoul may now be more willing to engage in talks. Under two previous right of center South Korean administrations, economic and other links between the countries were severed. "I have a feeling that we will not take any precipitous action on KORUS for the time being," a senior U.S. official said while acknowledging that Trump and trade hawks within his administration had concerns with deal.