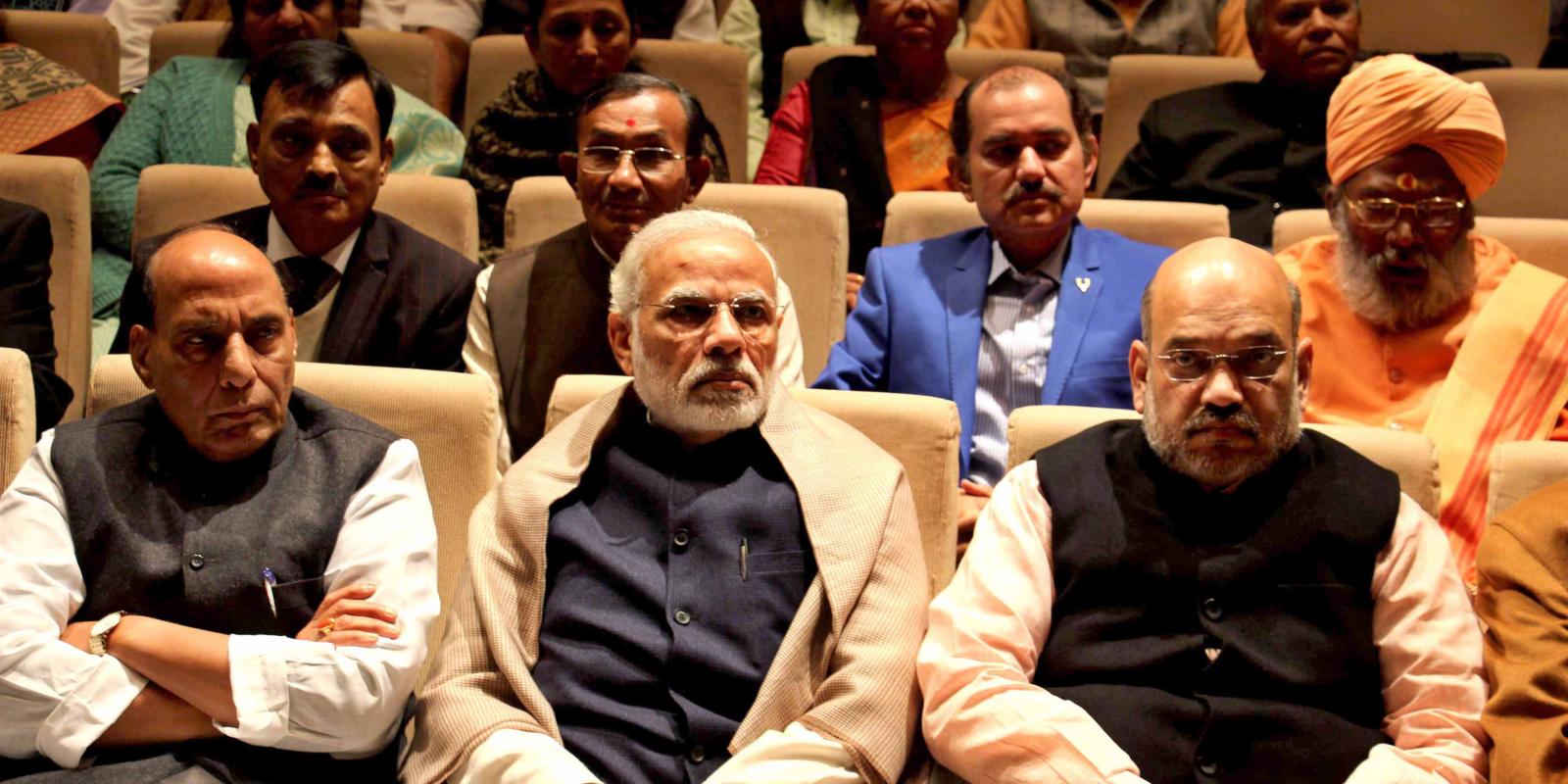 As the curtains are set to fall for the election campaign in Tripura, where polling is to be held on Sunday, the BJP poll strategists are working overtime now to launch an aggressive campaign in Congress-ruled Meghalaya.Prime Minister Narendra Modi is likely to campaign in Phulbari in Garo Hills on February 21 or 22, a key source in Meghalaya's BJP unit told UNI. Phulbari hamlet is located in Selsella Tehsil of West Garo Hills district.

Among other top leaders, the BJP may field Union Home Minister Rajnath Singh for election campaign in the key political constituency of Garo Hills in Tura. "We are expecting Rajnath Singhji on February 19," the source said.For the prestigious South Tura Assembly seat, the BJP has fielded Billykid A Sangma, who is taking on, among others, former Union Minister Agatha Sangma of NPP.

BJP national president Amit Shah is slated to address two election rallies, one each at Jowai in Jaintia Hills and in the state capital Shillong, on Friday. Jowai is the headquarters of West Jaintia Hills district. "The Shillong rally will be held at the Malki ground," the source said.

The high-profile election campaign in Tripura ends on Friday and the stage will be set for electioneering in two other northeastern states of Meghalaya and Nagaland.Nagaland and Congress-ruled Meghalaya will go to polls on February 27. The counting of votes for all three northeastern states will be taken up simultaneously on March 3.

South Tura has about 30,000 voters and the electorate comprises of native Garo tribe, besides Hajong, Koch and others like Nepalis, Bengalis and Biharis.

Answering questions, Billykid, who represented South Tura earlier between 2003 and 2008 as an Independent MLA, said, "Since 2008, Tura has not changed. Roads are same. Engineering College and a medical college were supposed to come, but nothing materialised."

He said, "It's only the BJP which can deliver on these developments."

Talking about the Modi government's performance, he said, demonetisation will prove to be a "blessing and a boon for all of us in the long run." He also said the move helped the government directly and indirectly in crushing the insurgency among Garo militants.

"It was a brave move by the Prime Minister Narendra Modi," Sangma said, adding that due to note ban, the militants really had a tough time. "Demonetisation had a big role in curbing militancy," he said.Sharing his vision for Tura if he gets elected, the BJP nominee said, "I will be pushing for Tura bypass as we need to improve road connectivity."

He further said he would strive to push the railway network up to Jengjal area, adding that the people of Mendipathar have "really benefited from the railway network."He also dismissed suggestions that the introduction of railway network will bring in a large number of 'outsiders' into the state -- an issue often raised in the tribal-dominated states in the Northeast.

"As of now this fear was there....but Mendipathar is an example, nothing is happening there," he said.Answering questions, Billykid said he is contesting primarily against NPP leader Agatha, the sister of Lok Sabha MP and NPP chief Conrad Sangma.

The BJP nominee also said that the BJP is "not a communal or anti-Christian party as made out to be" and added: "Only elected Christian leaders Sangmas and Maraks will make laws and run the government for Christians in Meghalaya." In 2013, Independent candidate John Leslee K Sangma had defeated Billykid A Sangma, then a Congress candidate, by a slender margin of only 18 votes.