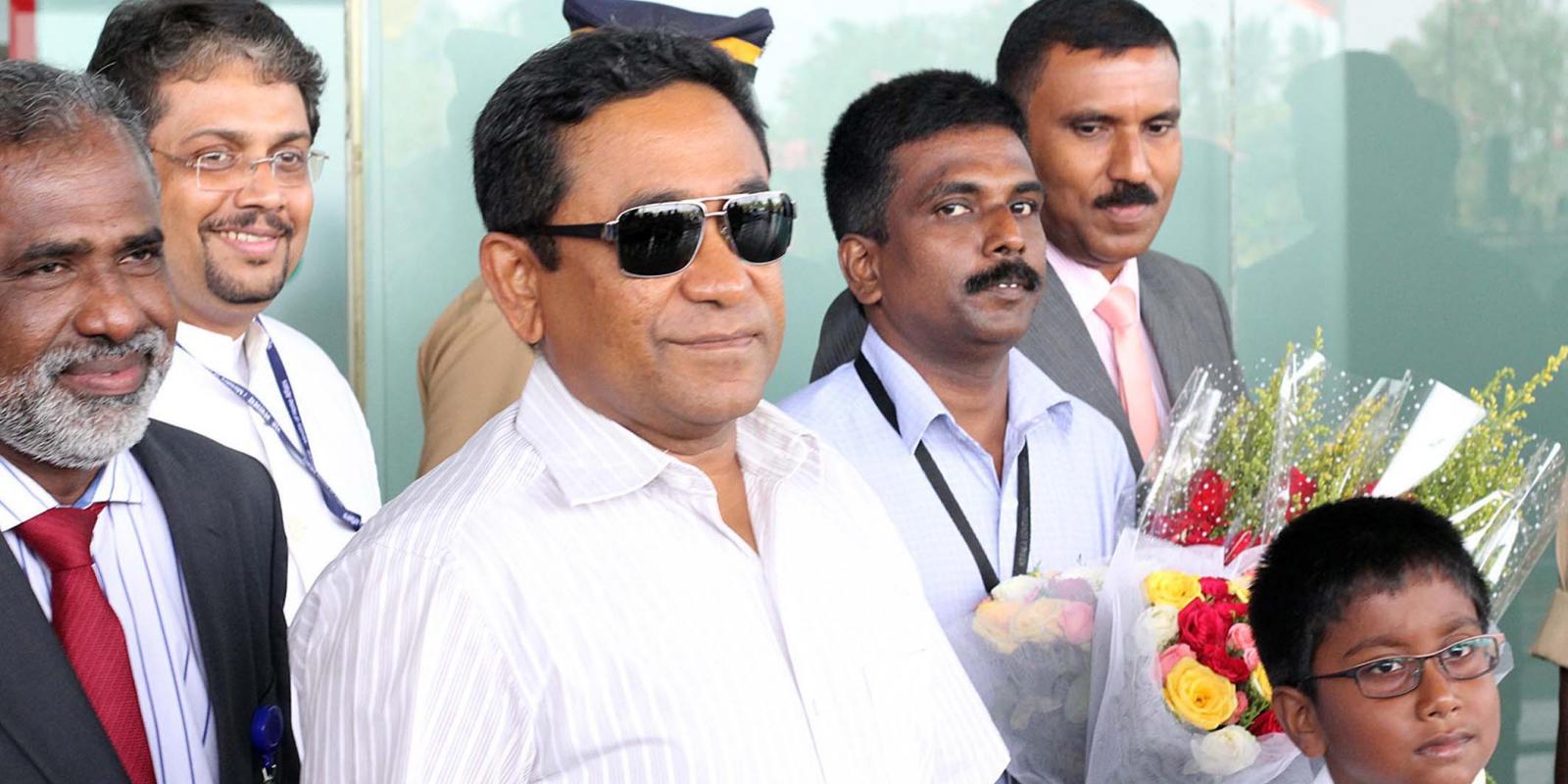 Maldives police arrested at least four opposition members under state of emergency laws for protesting against President Abdulla Yameen’s government, the opposition said on February 27.The top court in the Maldives validated last week a 30-day extension of the state of emergency, which was sought by Yameen over what he has called a national security threat and constitutional crisis.

Opposition politicians defied a police order to stop protesting after 10.30 pm local time on Monday (1730 GMT) and continued to demand that Yameen implement a Supreme Court ruling that quashed convictions against nine opposition leaders and ordered the release of politicians and officials held in prison.

The Maldivian Democratic Party, the main opposition party, said on Twitter police had arrested Mohamed Ameeth and Abdulla Ahmed, two lawmakers who had defected from Yameen's party and two more from other opposition parties late on Monday.Independent television Raajje TV, which showed footage of police forcibly blocking protesters, said Abdulla Ahmed was arrested while giving a media interview about the protest.

Yameen's government has so far ignored international calls to lift the state of emergency, first declared on February, 5 for 15 days, and release opposition leaders from jail.The Council of the European Union threatened the Maldives on Monday with "targeted measures" if the crisis did not improve.

"The Council condemns politically motivated arrests and calls for the immediate release of all political prisoners," the EU said in a statement."The Council also condemns any interference with the work of the Supreme Court of the Maldives and actions taken against the judiciary and the judges," it said.

Countries including the United States, Canada, and neighbouring India, along with the United Nations, have urged Yameen to lift the emergency.Tour operators say hundreds of hotel bookings have been cancelled daily since the emergency was imposed, despite government assurances that all was normal in Indian Ocean resort islands far from the capital.

The government said in a statement on Monday it had to take difficult steps to safeguard the constitution and ensure that civil and political rights were preserved.The prosecutor general has said the extension of the state of emergency was unconstitutional because parliament did not have the required quorum when it voted last week.

However, the three-judge Supreme Court, which is functioning without a chief justice, said late on Monday the parliamentary vote on the extension was valid.Under the emergency, Yameen's administration has arrested the chief justice, another Supreme Court judge and former president Maumoon  Abdu l Gayoom on allegations of attempting to overthrow the government.

Yameen has also fired two police chiefs who said they would uphold the court's rulings and he continues to jail opposition members.